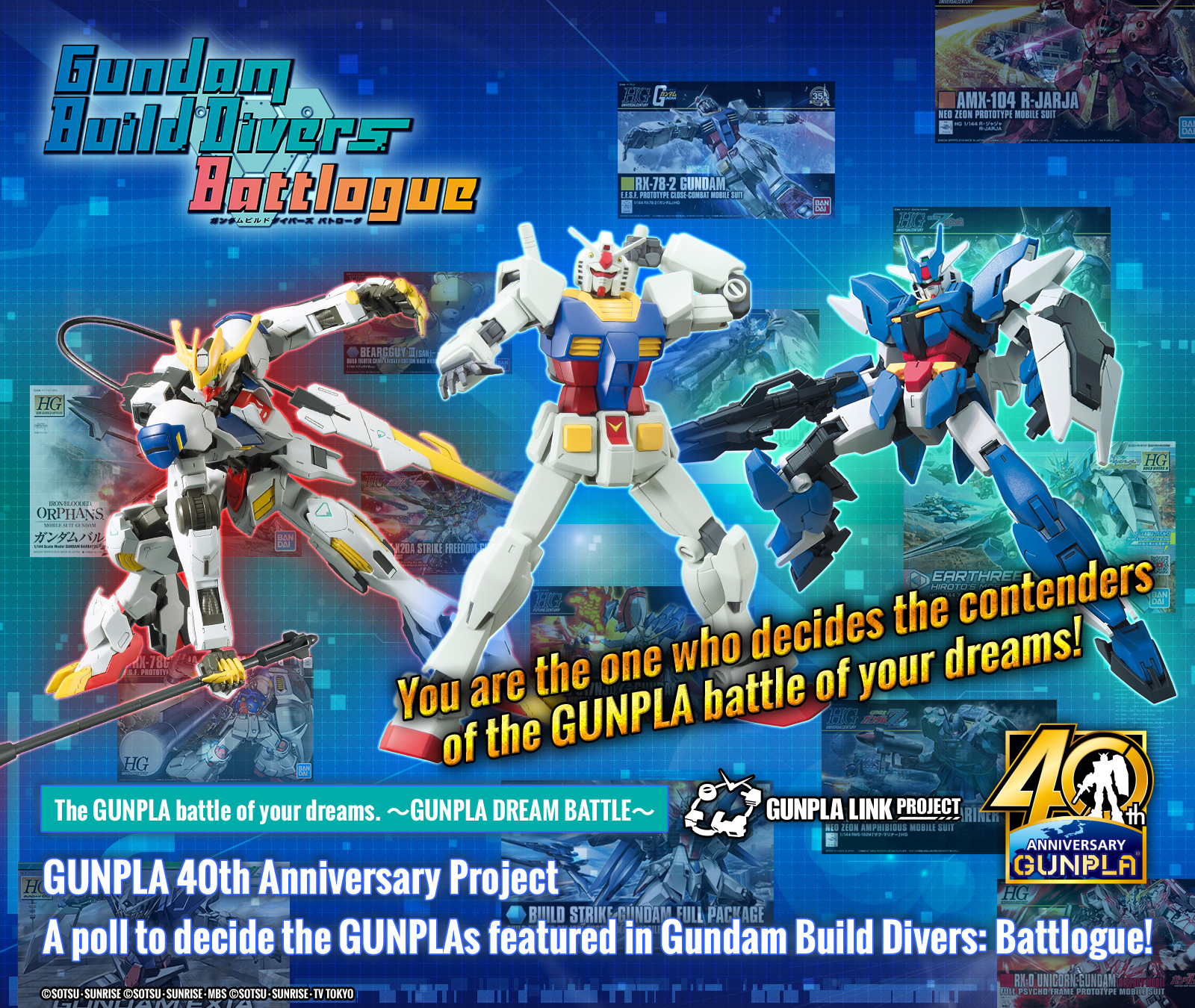 The GUNPLA battle of your dreams. ～GUNPLA DREAM BATTLE～

Vote for two GUNPLAs from the HG series lineup that you want to see in a battle!
You are the one who decides the contenders of the GUNPLA battle of your dreams!

※Voting is already closed.
Thank you for many votes.

Scheduled to be released on November 13th 2020!

Will be streamed on GUNDAM.INFO