An epic character who seeks to conquer Musha World with his own hands. He plans to eventually unite all the other worlds as well. For this reason, he has gathered excellent subordinates in various places, and has his eye on the traveling Cao Cao as well. Though he has absolute belief in his own strength, someone will entice him to obtain further power and become tainted by a wicked heart. 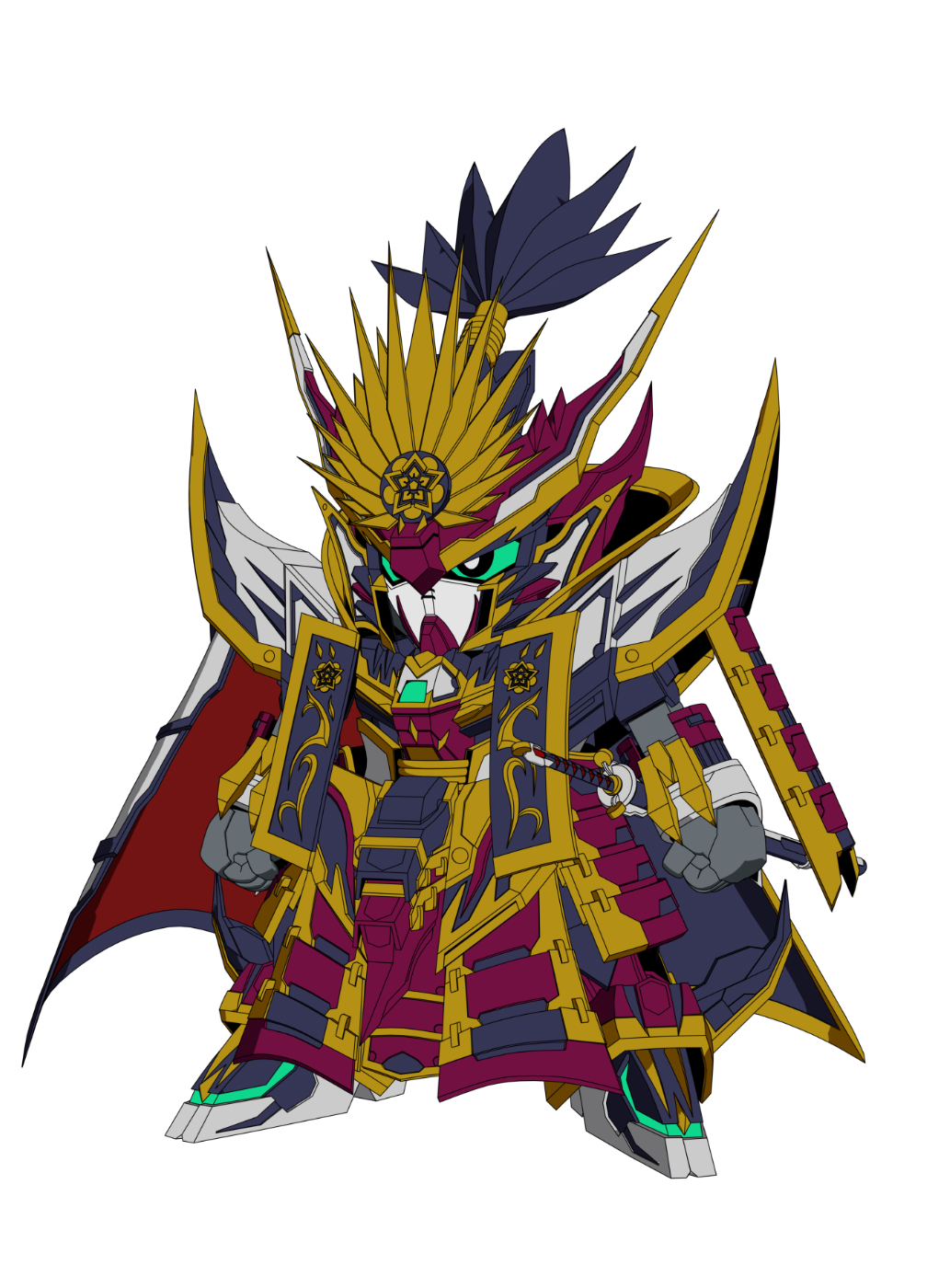 CAST：Ryota Takeuchi
One of the heroes of Kingdom World, and the young leader of the Wei Area. Gifted with great foresight, in the past he despaired for the future and went astray. Thanks to the desperate intervention of Liu Bei Unicorn Gundam, he once again devoted his efforts to saving his country. After his nation was restored, he set out on a journey to atone for his sins, leaving word that he was searching for what he ought to do.