Nobunaga Gundam Epyon's loyal retainer. Attracted by the strength of Nobunaga, who intends to unite Musha World, he always acts alongside him. Compared to the eccentric Nobunaga, Sasuke has a common-sense personality, and he follows his master in the shadows. A master of ninja techniques, he specializes in disguise and can transform into a fox. 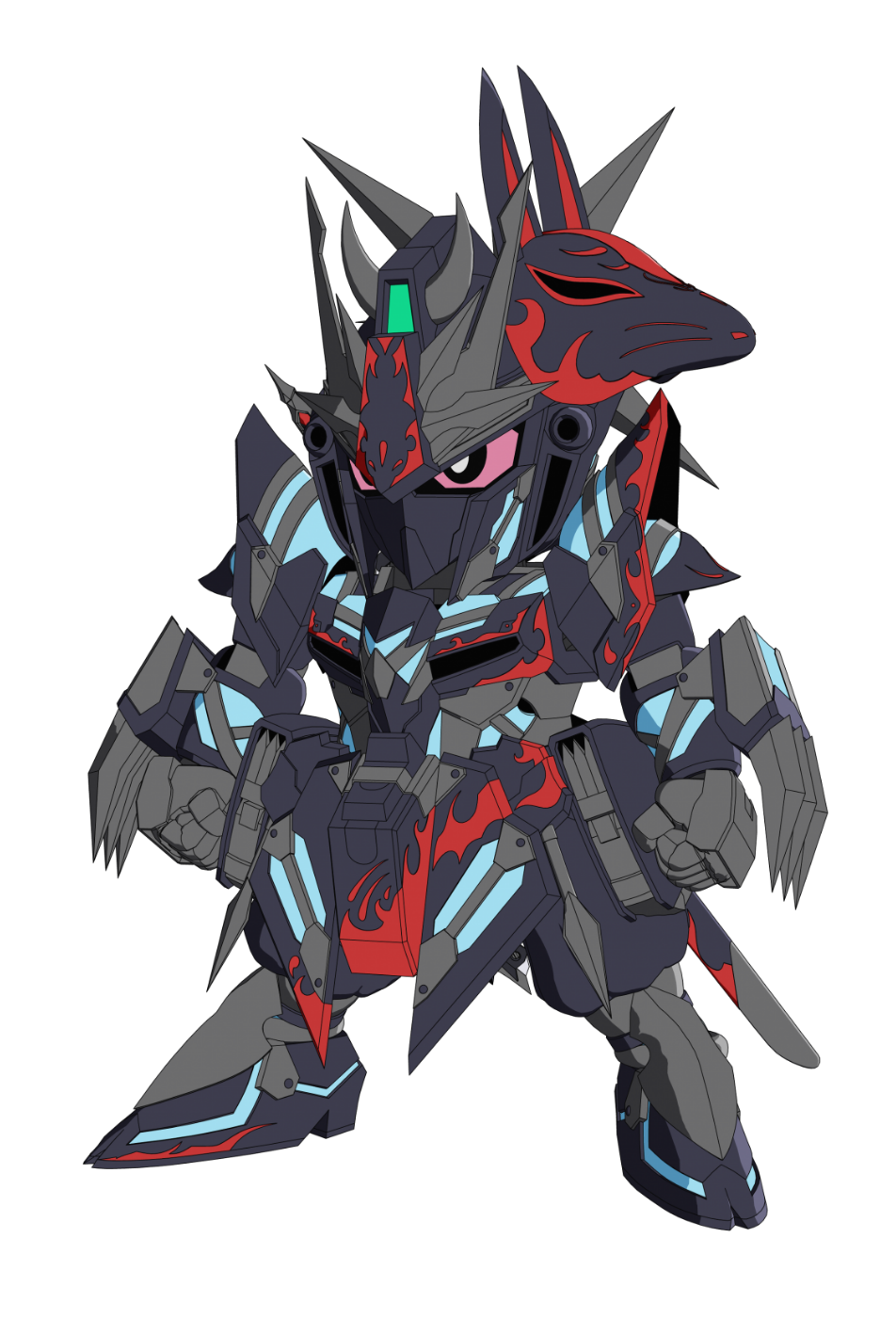