A police special forces team member, working under Sergeant to keep the peace in Captain City. These special forces are mobilized when incidents arise that are difficult for the city police to handle. They all have the same basic equipment, but are divided into mobile units and aerial units, which use different gear depending on the nature and location of the incident. 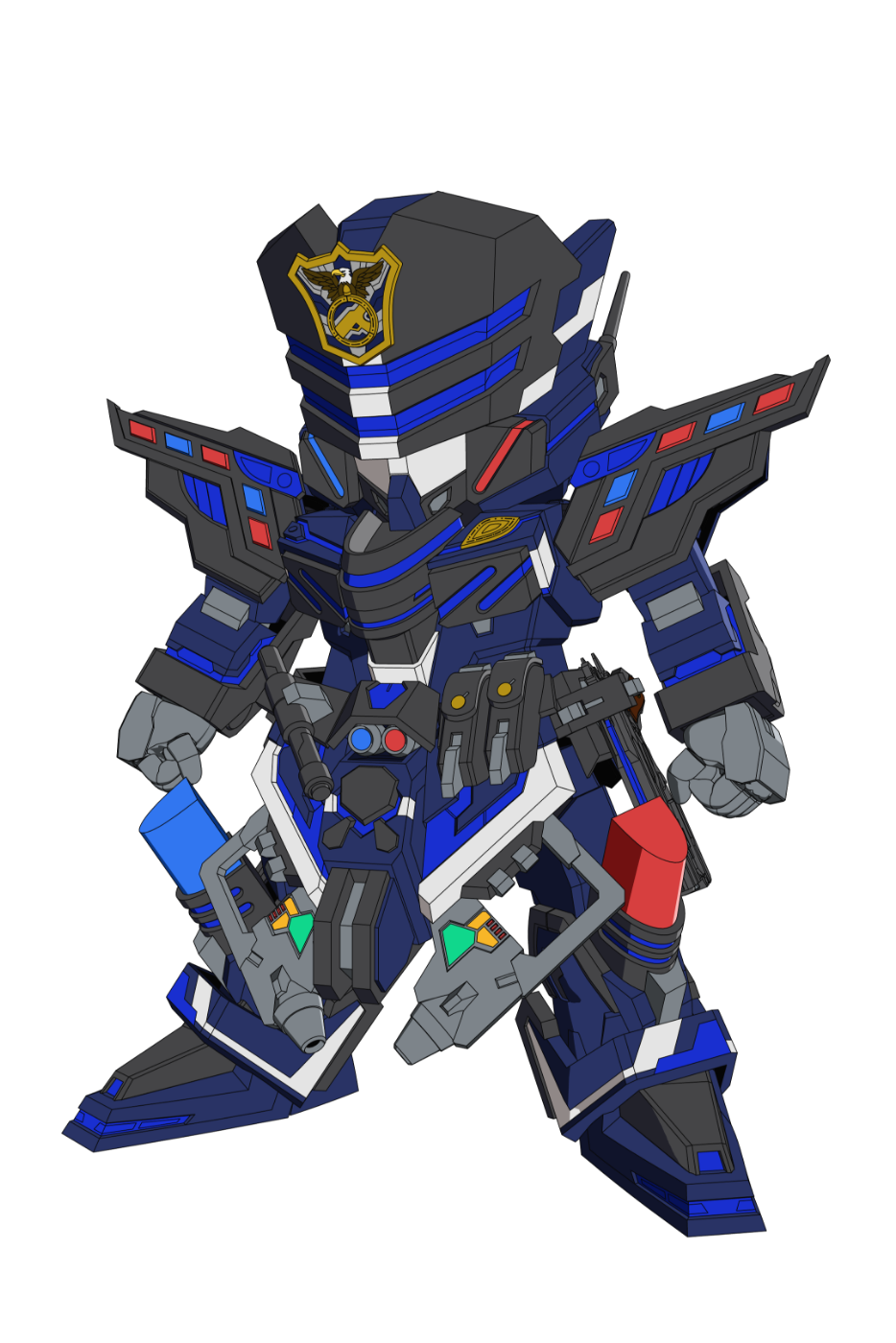 The aerial force of the Verde Buster Tean. Special units with two rotors are attached to their shoulders, enabling them to travel through the air. They operate in numerous roles, including patrolling from the air, and pursuing and surrounding fugitive criminals.

The ground force of the Verde Buster Tean. Equipped with special leg units, they have speed rivaling that of a high-speed train, and better maneuverability than a bike. They normally operate using patrol cars, but in emergencies they are dispatched with this equipment, coordinating with the aerial units to pursue criminals on the ground.