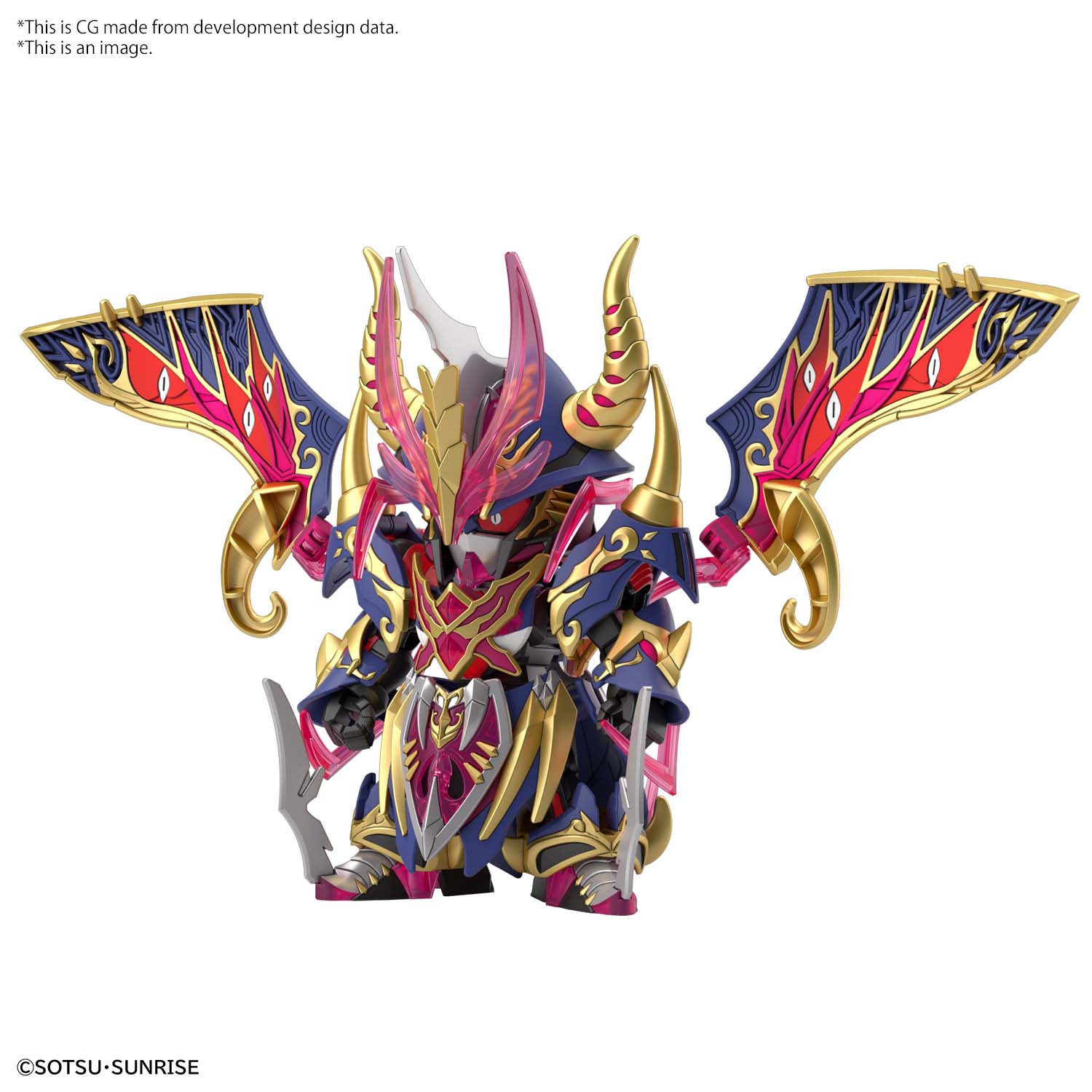 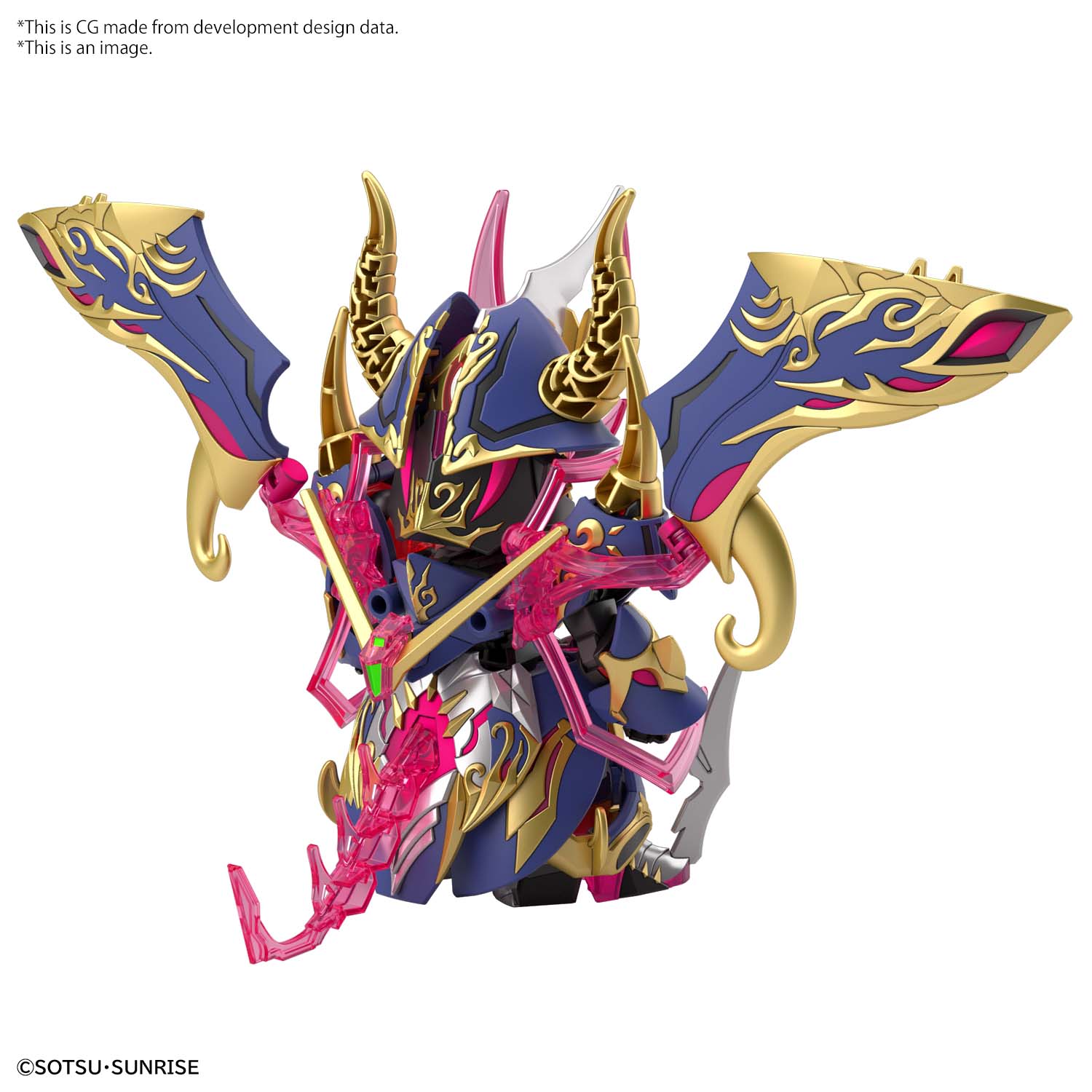 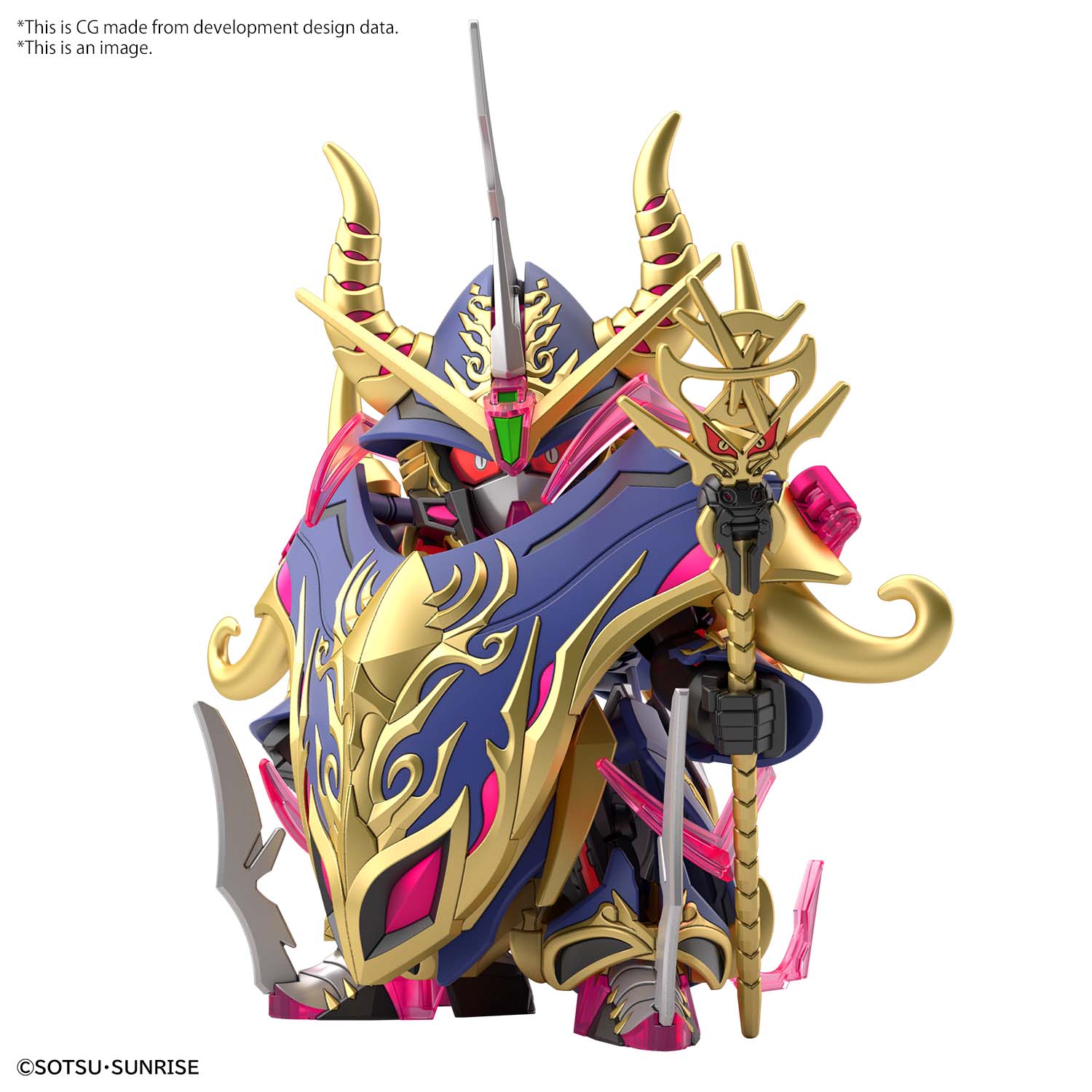 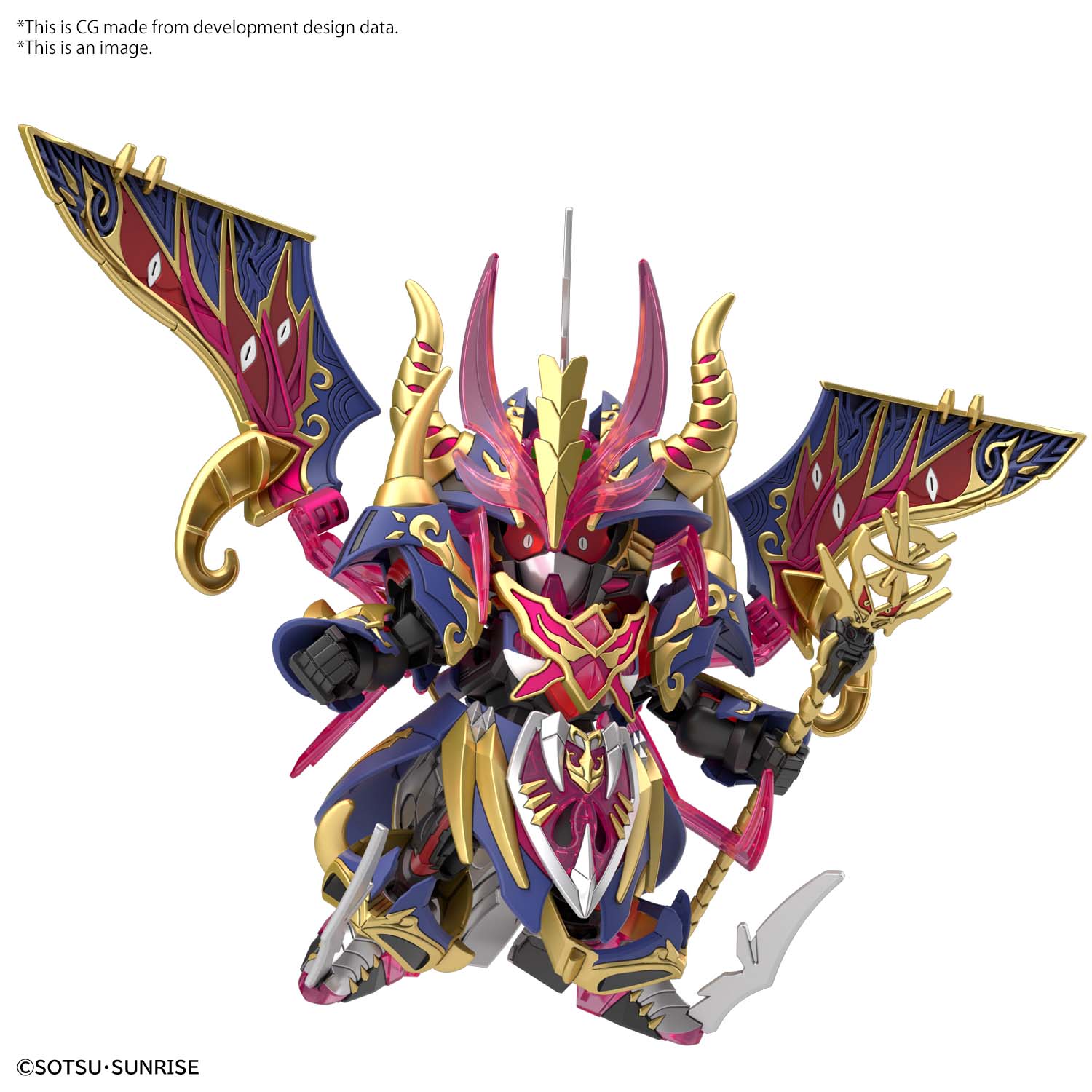 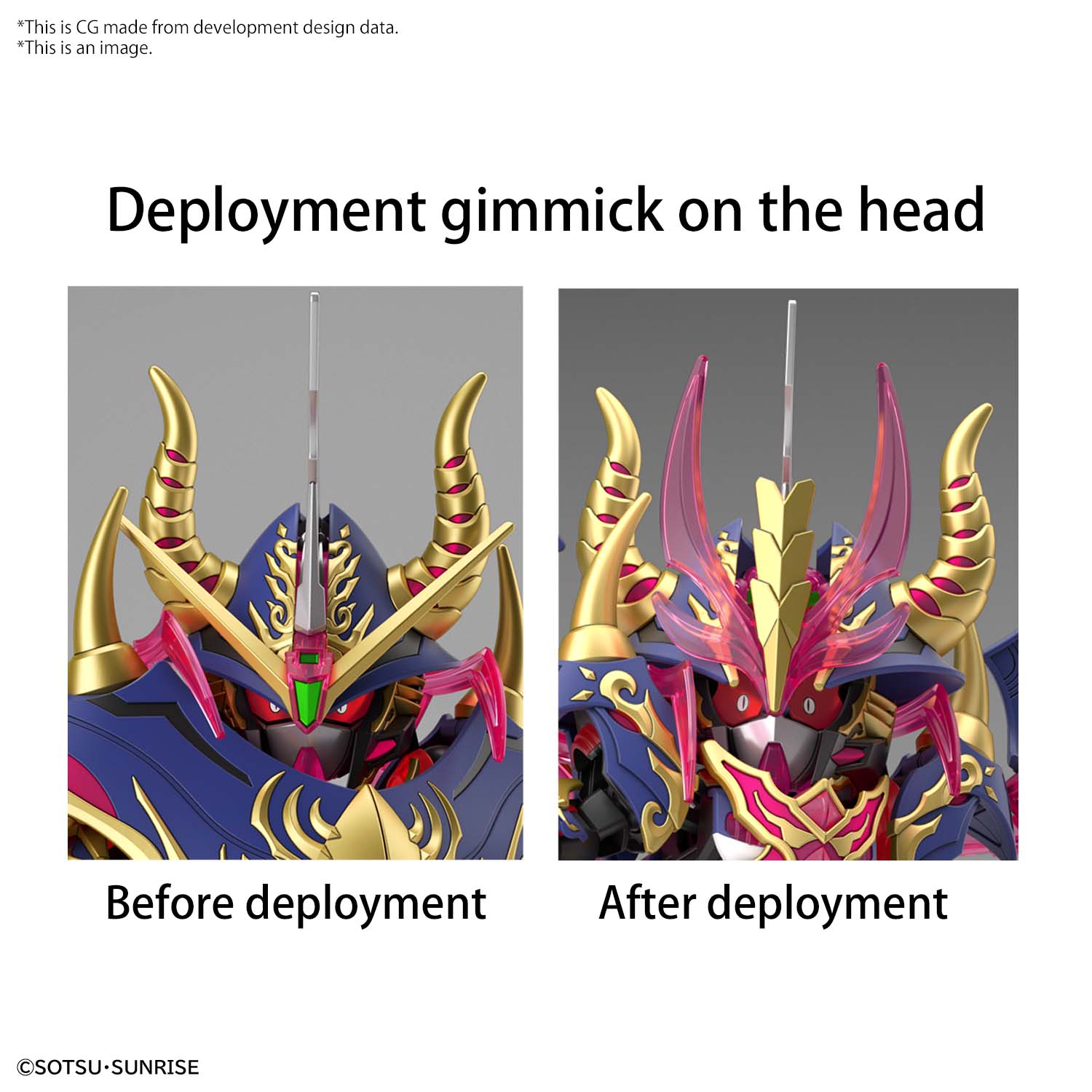 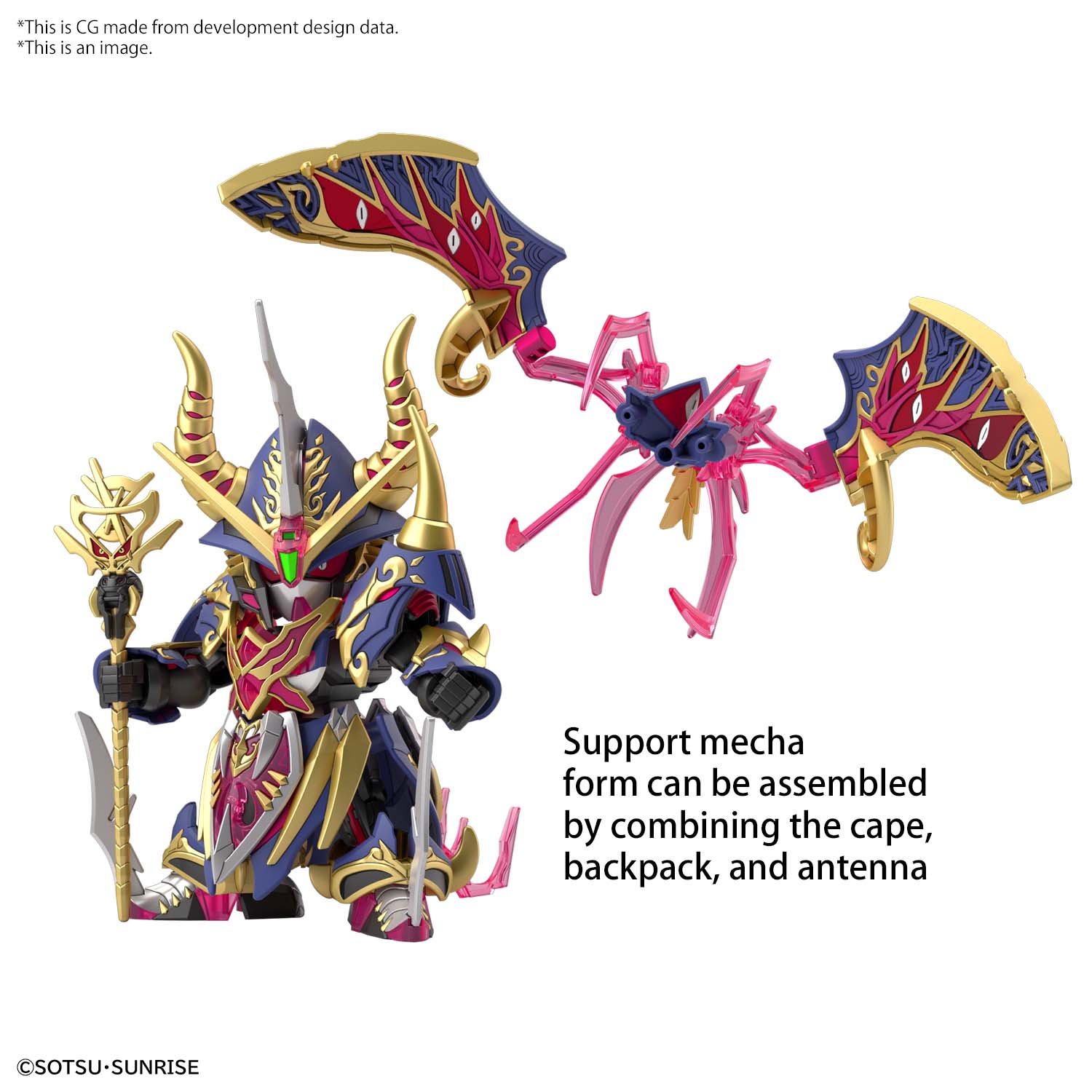 ©SOTSU・SUNRISE
"SD Gundam World Heroes THE LEGEND OF DRAGON KNIGHT" has begun!
A new story after "SD Gundam World Heroes" starts! New generation of demon kings descend, crossing the distinctive silhouette of Satan Gundam with design elements from the "SD Gundam World" Series!
■A wand that inherited the design of the Satan Gundam as well as the main body is included.
■The cape and head are equipped with a deployment gimmick, allowing for two forms to be enjoyed with a single unit.
■The design of the inside of the cape has also been meticulously reproduced.
■The cloak, backpack, and antenna can be combined to assemble a support mecha form.