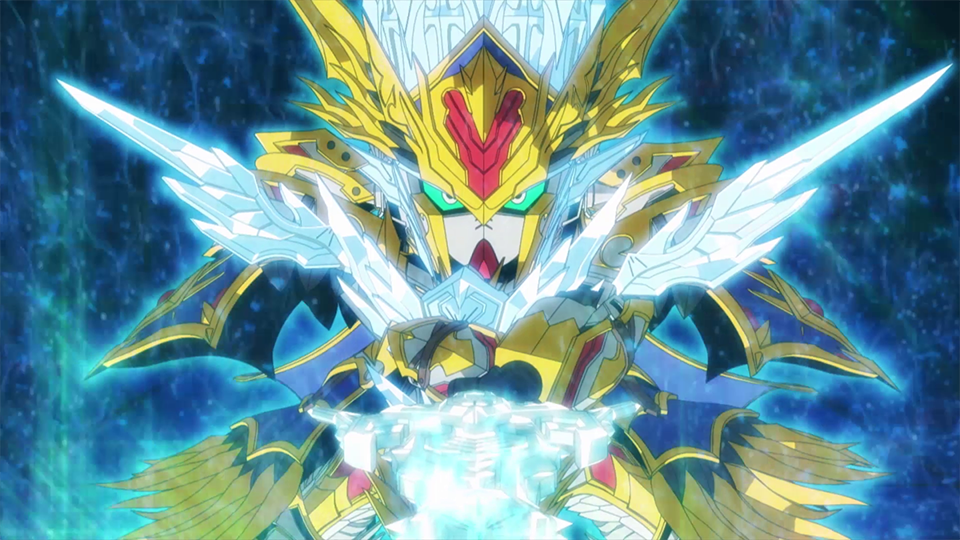 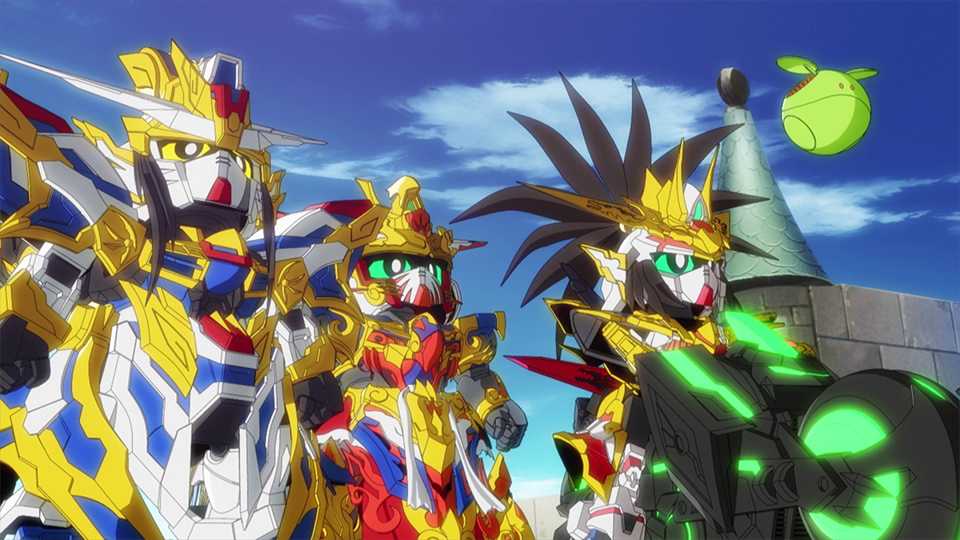 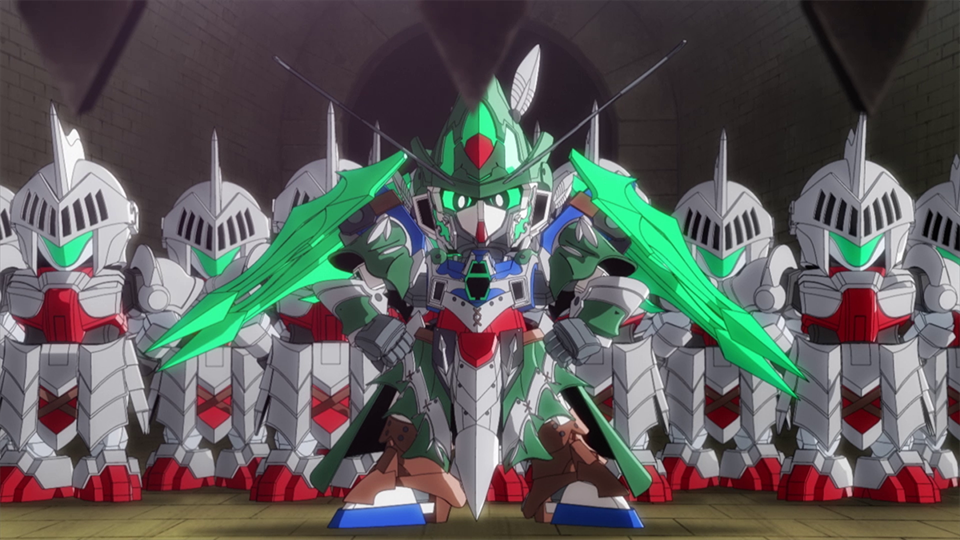 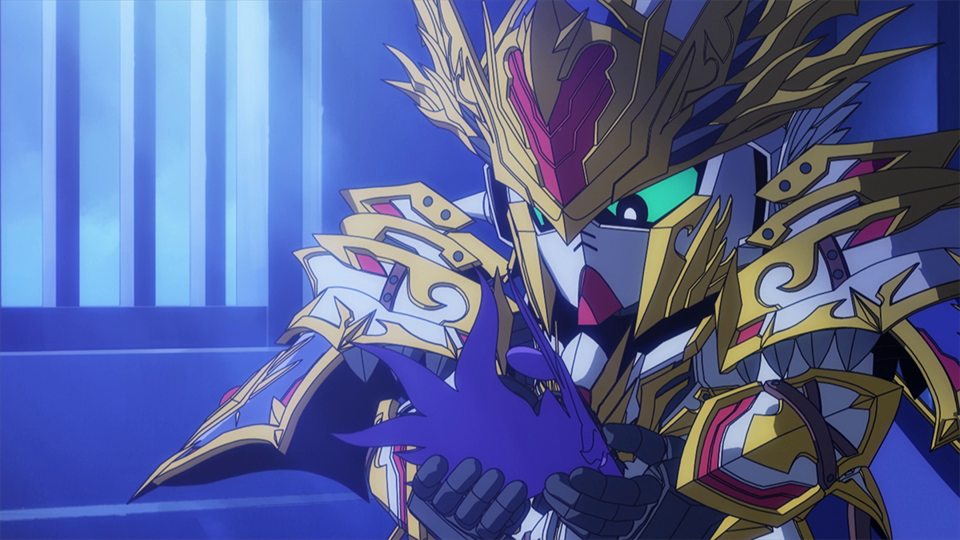 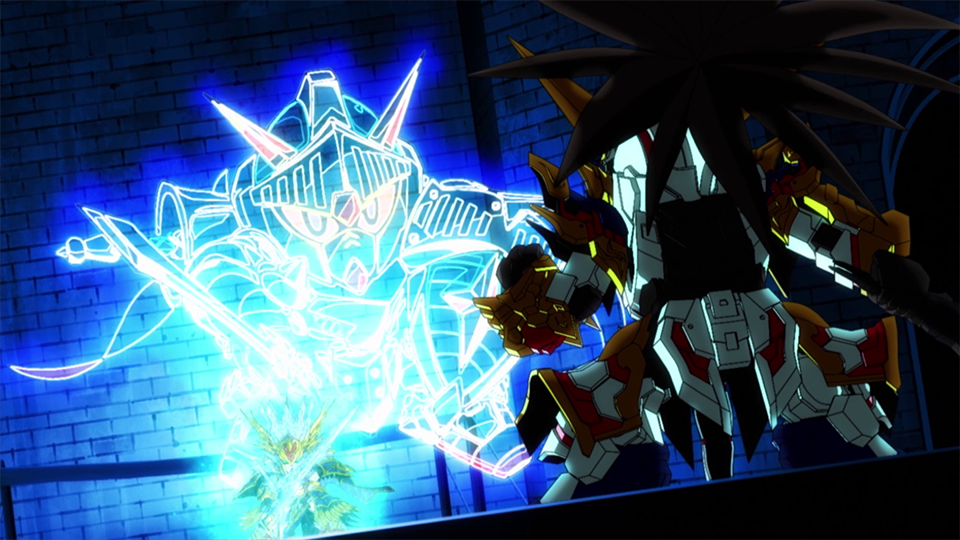 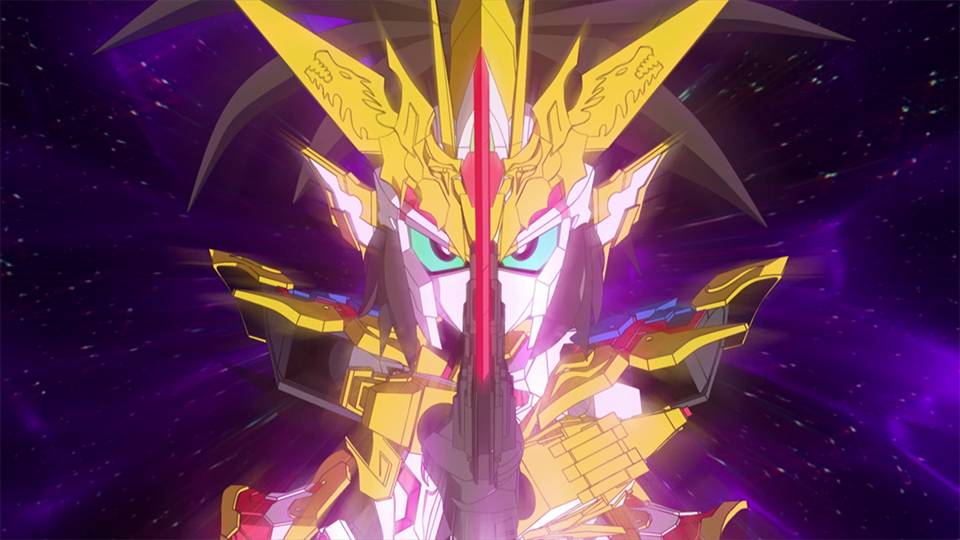 Parting ways with Cao Cao and Sasuke, Liu Bei's group once again enter Knight World. They are attacked by Dark Mask forces led by Sima Yi, but they easily repulse the enemy and continue on to Castle Camelot, where King Arthur resides. One way or another, Liu Bei's group want to enter the castle, but Robinhood invites them in and they are granted a meeting with Arthur. The king is interested in Liu Bei's group, but he is troubled when Liu Bei asks that Arthur entrust them with his Haro in order to save the world from peril. On the suggestion of his aide Merlin, King Arthur decides to test Liu Bei's true strength in a duel.