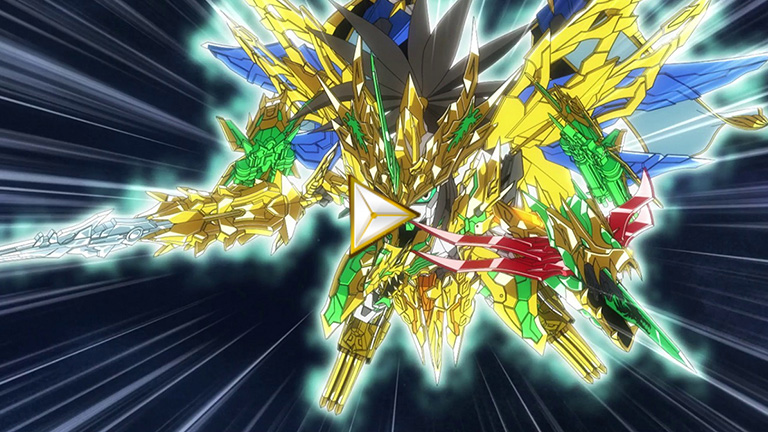 Updated Every 10th of the Month! 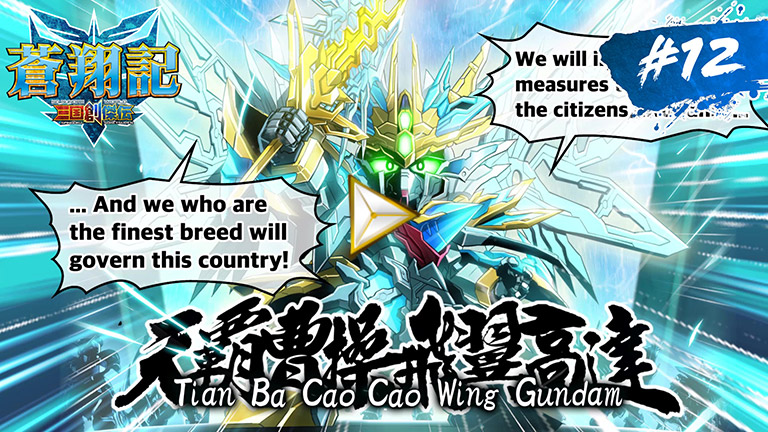 SOSHOKI is a collaborative project with the monthly magazine LUCKY, published by Hong Kong publisher Explorer Publishing.
The story depicts the perspective of Cao Cao's side, starting from the upbringing of Cao Cao. 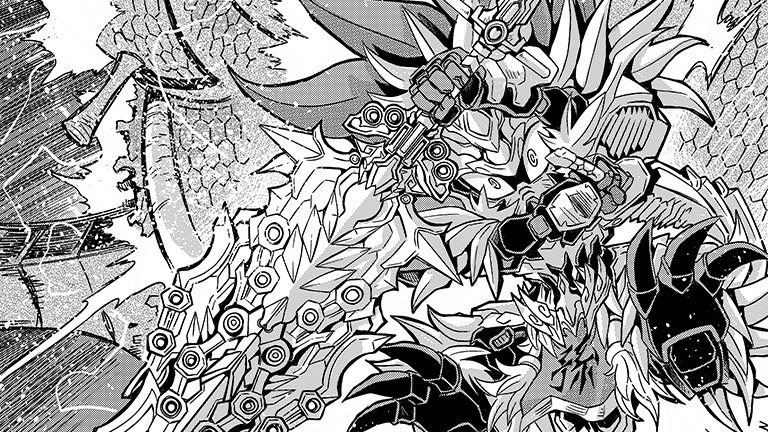 Character and Product Information is Here!

It is an age in which the world is in ruins after repeated wars, but is beginning to show signs of recovery. Liu Bei Unicorn Gundam, who lives in the Shu Area, leads the vigilante group “Dragon's Watch” and protects the city. One day, he spots two men being pursued by Bugs. Liu Bei sets off to rescue them along with Ma Chao Gundam Barbatos and Zhao Yun 00 Gundam, other protectors of the city.
As the youths are led to a meeting with destiny, the tale of their adventure to save the world begins here!

“Blue Wing” is the military-industrial complex of the Wei Area, and it is run by the young CEO Cao Cao Wing Gundam. In order to resolve the misery in Luoyang and the Trinity supply issues, Cao Cao had pressed the feudal lord Dong Zhuo Providence Gundam with questions, but Dong Zhuo would not listen. Sima Yi Destiny Gundam also intercedes, and Cao Cao finishes talks, but as he tries to leave Luoyang for later, an evil force swoops in on him.

Sun Jian Gundam Astray, head of the distribution guild "Red Tiger," forms an alliance with Cao Cao, whome he is normally hostile to, in order to strike at Dong Zhuo. Each of their forces hurry their preparations so they can depart for battle at Luoyang. Meanwhile, Liu Bei and the others arrive at a certain disused laboratory. This was once a lab where Zhuge Liang did particle research along with Zhang Jue. In the end, will the group be able to find a clue as to how to save the world?

Liu Bei and the others learn of Cao Cao and Sun Jian’s objective to “Defeat Dong Zhuo.” They volunteer themselves to them and are allowed to join up with them. Liu Bei and the others travel the highway which continues on to Luoyang along with the allied forces of both areas. In a brief moment of time before combat, there is a lively conversation amongst them all, but then they are set upon by the evil Bugs. The allied forces are overwhelmed by their numbers, but then Zhang Fei comes forward with a secret plan to stem them.

Under the leadership of Cao Cao and Sun Jian, the allied forces storm Dong Zhuo’s castle “Victory Tower,” but inside it is swarming with Bugs. Liu Bei attacks the tower along with Cao Cao, but Lyu Bu Sinanju, the biggest, most powerful enemy of them all, appears before them and stands in their way. Meanwhile, following a small lead, Zhuge Liang reaches his mentor Zhang Jue.

The allied forces have won a desperate struggle against Dong Zhuo’s side. While Liu Bei and the others bask in the glow of triumph, Cao Cao visits the transposition gate at the summit of Victory Tower by himself. Seeing the reality of Trinity’s depletion before his eyes, Cao Cao becomes hopeless. Then Sima Yi whispers to him, “Cao Cao, you will save the world.”
Time passes, and Liu Bei and the others have grown strong and mature under the training of Sun Jian. During this brief moment of peace, Cao Cao holds his resolution out to the world.

"Except for an extremely small group of chosen ones, all the nations citizens will be turned into Bugs." With this proclamation, Cao Cao releases Bugs infected with the Etiolation Trinity into the land. Liu Bei is unable to accept this reality, but in order to determine Cao Cao's true intentions he decides to go see him. He resolves to defeat Cao Cao himself if talking doesn't stop him. Meanwhile, the Red Tigers led by Sun Jian plunge into battle against the Blue Wing commander and a host of Bugs. At long last, the curtain is now rising on the final battle.

Unable to understand each other, a completely armed Cao Cao attacks Liu Bei and the others. Cao Cao reveals his new form, and Liu Bei is forced into a struggle against him that drives him to his wit's end. But then an old friend appears before him that he had thought was dead. Making moves with a secret plan in mind, Zhuge Liang and Sima Yi, whose true untentions are unclear, cross swords with Red Tiger and Blue Wing. Will Liu Bei be able to stop Cao Cao...? As motives intersect, the story now reaches heads for climax!!