GOODS Other ALL series 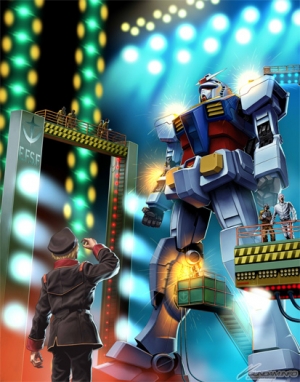 Net Carddass 「GUNDAM: DUEL COMPANY」is due for a large scale game upgrade in May! To commemorate this upgrade, we are launching 「GPGiveaway Campaign」 & 「2nd World Championship」。

In this major upgrade, a new mode, 「MS Development」, will be introduced, and at the same time, 「GP（GUNDAM POINT）」, an in-game currency which will be utilized in 「MS Development」 will debut. In addition, 1P Mode will be significantly enhanced and powered up to become SINGLE MODE! Also, the user interface for the website and battle screens will be updated, especially for smartphone users, where the tempo and user interface has also been improved substantially.

In order to develop new mobile suits in 「MS Development」, in-game currency 「GP（GUNDAM POINT）」, plus blueprints and materials are needed, which can be obtained from SINGLE MODE. Developed MS will then be issued as digital cards, or can be shipped as physical cards via Carddass Direct. Also, in-game currency 「GP」, besides being available from indexes included inside booster packs, is also available from playing the game or getting it as a present from affiliated teams. 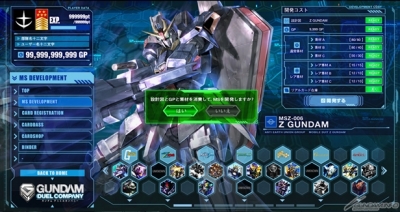 
■ Get GP and a limited card! Commemorating the game upgrade with「GP GET Campaign」!

In order to commemorate the upcoming major game upgrade for 「GUNDAM: DUEL COMPANY」, we will organize the Gundam Point Giveaway Campaign. Purchase 5 booster packs of any version of 「GUNDAM: DUEL COMPANY」 and receive a ticket. Enter the serial number found on the ticket, on the website and you will immediately receive a limited R6 card, which is not available elsewhere. In addition, you will be one of the first to receive a large amount of GP. So hurry down to your nearest retailer and get the ticket!

▲Buy 5 booster packs and get a campaign ticket, while stocks last! 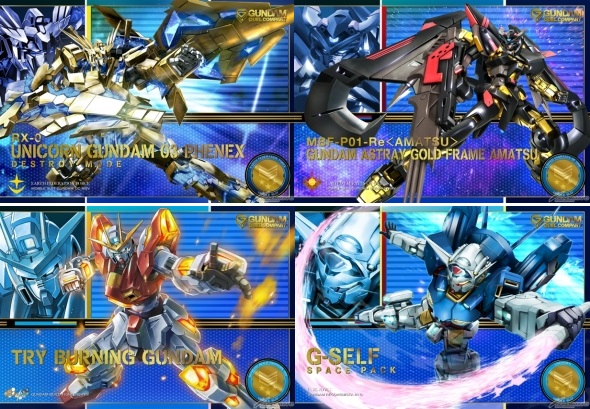 ▲You will receive a randomly selected R6 card from any of the above! Each card is super strong!

GP GET CAMPAIGN
【 How To Participate?】
①Buy booster packs, get campaign tickets.
Purchase 5 booster packs of any version and get one ticket.

Each ticket will let you receive a limited R6 card from a total of 4 designs.
※Ticket supply is limited.

Receive a large amount of GP after the major upgrade!
※GP will be issued in the future.

※Please hold on to the ticket after registering, as you will need it to ask for information. We will post details about claiming GP online soon.
※Anyone who purchases 5 packs of any version of Gundam: Duel Company is eligible to get 1 ticket.
※One ticket will be given per purchase.

※Ticket supply is limited, and distribution will end once supplies are gone, thank you for your understanding.
※Ticket distribution and campaign timing may vary from store to store. Please contact your store for details.
※In order to receive GP, you need to have a GDC account, if not, please register an account by 08/05/2015. 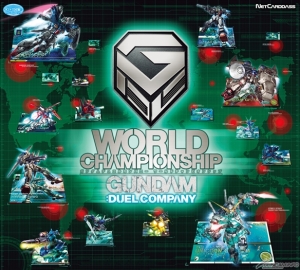 To commemorate the major game upgrade, we will hold 「The 2nd World Championship」 from 26th March (Thurs). Commanders can start registering from 19th March onwards. There will be 「Personal Rankings」 and 「Squad Rankings」, and participants will be matched with opponents of a similar level. Ranking points are determined by enemy MS destroyed and prizes will be awarded for top finishers. You can participate in matches 10 times during the event, so organize a good squad and triumph over your rivals! Prizes for top finishers will be revealed soon. Besides, please register early for 「Squad Rankings」. Registration deadline for 「Squad Rankings」 is 26th March, before 11.59pm.

「Squad Rankings」
Participation condition: Those who participate in a squad and set it as their main squad before 11.59pm, 26th March 2015.

Ranking: Determined by the sum of the top 3 contributing members’ ranking points and enemy MS destroyed. 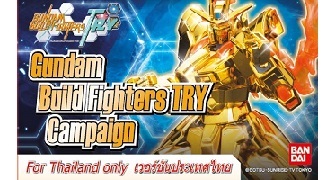