The magazine delves into side stories in the Mobile Suit Gundam Universal Century series! 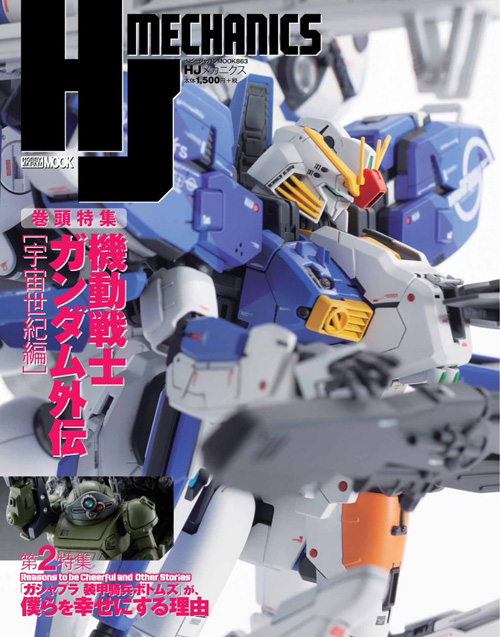 HJ Mechanics, a specialized hobby magazine for mecha-loving adults, was released in bookstores nationwide on May 18th(Fri) by Hobby Japan.

The magazine is a specialized adult hobby magazine that dig deep into topics with a focus on mecha models and high target toys. The charms and appeals of robots and mecha will be featured from various angles with model kit reviews and related hobby items at its center through subjects such as model sheet drafts, mecha commentaries, developer interviews, product recommendations and more.

Delving into the side stories set in the Mobile Suit GundamUniversal Century series timeline with a focus on its models.

Explaining the changes and trends of the design style in Scopedog products, the main mecha of Armored Troopers Votoms.

There are tons of other features worth reading, too!