The limited edition includes a bonus track and a sticker of the album logo!

The album includes a new extended recording of "Orphans no Namida", the ending theme of Mobile Suit Gundam: Iron-Blooded Orphans, other TV, film, and commercial themes, and of course new songs.
Love Bebop will be available in standard and special Digipak versions, with the limited edition Digipak also featuring a bonus track and a sticker of the album logo. The standard edition sells for ¥3,000, while the limited edition sells is priced at ¥3,300. 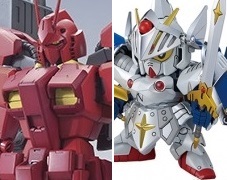