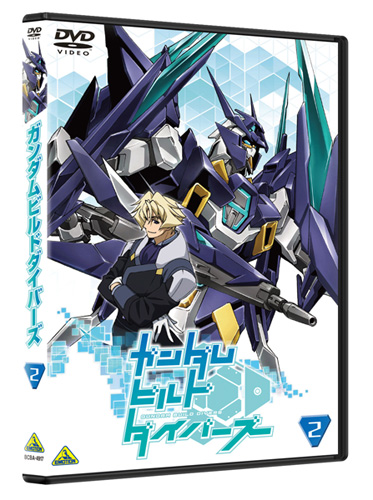 This edition goes from the Diver who calls herself Ayame’s appearance in front of Riku’s unit on their way to Persia Area in Episode 5, “Holy Land of Persia”, to when Magee tells the Build Divers that there are things forces can do other than battle in Episode 8, “Festival!”

The “High-Grade Version” is limited edition, sold only through the Gundam Fan Club, Premium BANDAI, and the BANDAI Visual Club. In addition to being loaded with bonus footage, audio commentary, and special liner notes, it comes with a limited-edition gunpla, the first entry in the special Carddass Collection Set. The “Standard Version” has its own special perk: a special illustrated leaflet by Chief Mech Animator Shinya Kusumegi.

Don’t miss out on these elegant special-edition items! For details, please follow this link.

※Rental DVDs are released at the same time.