"What is 'Gundam', anyway?" This simple (?) question is answered in our sixteenth casual weekly column just for new fans!

You are about to enter another dimension. A dimension of a 16th super-simple column for new Gundam fans!

Part 1 was Gundam faces and coloring, and then part 2 was masked men and Haro. Part 3 was all about the Universal Century, part 4 was mobile suits, part 5 took on MSVs, and part 6 covered the "Zaku" and "GM", part 7 took on parts swapping, part 8 was an example of mobile suit R&D, part 9 was all about the women of the first Mobile Suit Gundam series, part 10 focused on Gundam's "big brothers", part 11 touched on amphibious mobile suits, part 12 introduced some middle-aged men, and parts 13 and 14 were the first and second parts of our look at Gundam TV themes, and in part 15 we took on Gundam's 'Gunpla' plastic models; this week we've got one more really iconic piece of Gundam.

Gundam's "Gunpla" models have been a force to reckon with in the plastic model industry since their launch over 30 years ago.
Last time we talked about the milieu this line was born into, and its early years, but now in "Gundam's 'Gunpla' plastic models, part 2", we're going to cover their continuing growth. 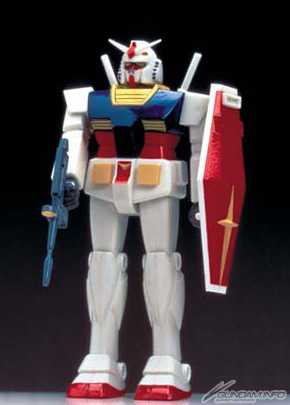 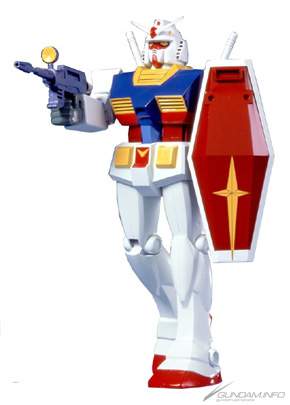 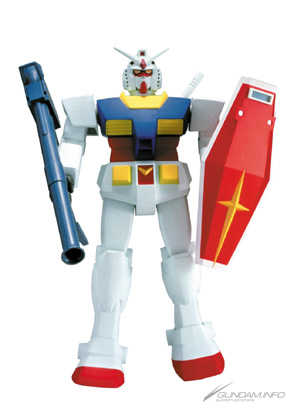 Six months after Mobile Suit Gundam finished airing, in July 1980, its first model kit (the "1/144 Gundam") was released. Gunpla went on to create a completely unparalleled boom, with kits selling out or even sparking riots nationwide.
(TV and newspaper reports were full of Gunpla! It's amazing to look back on.)

The key to Gunpla's popularity was its innovative new approach of building science-fiction robots with realistic scale-modeling techniques, plus putting these models out at an affordable ¥300 price tag. The explosive growth of the fanbase following Mobile Suit Gundam's reruns also helped propel Gunpla sales.

That first 1/144 kit, and its successor 1/100 RX-78 Gundam and 1/60 RX-78 Gundam, formed the basis of later Gunpla releases, but they were also matched by a varied lineup including Zeon mobile suits, mobile armors, and even battleships.

But the story only begins here!  Gunpla, which entered the '90s still carried by this boom's new ideas and engineering breakthroughs, again shocked the world of modeling with a new advance! 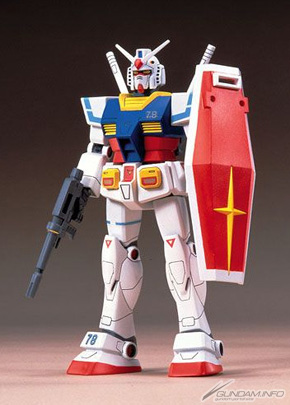 In March of 1990 Gunpla, firmly established but beginning to be overshadowed by the "Mini 4WD" boom, began its "HG" (High Grade) series.
The "HG 1/144 RX-78 Gundam", launched at the Gunpla 10th-anniversary project, was released for ¥1,000 (¥1,050 after tax.) Compared to the original kits, it featured sharper details and more varied parts. The launch of the HG line marked a turning point in Gunpla's history.

Glueless, snap-fit Gunpla were developed in the mid-1980s, but the technology didn't cross over with 1988's "Iropla" line of kits molded in color that no longer needed "Gundam Color" (paints needed for each kit) or "Gundam Markers" (the same paints released as ink pens) in order to approach their anime appearance.
The HG line fused snap-fit construction, color molds, and decals, all while striking a balance between a stunning variety of kits, a reasonable price, and an overall feel of quality. These beginner-friendly kits firmly established Gunpla as its own hobby.
The HG line was unified around the 1/144 scale. It continues to have a huge variety of both kits and price ranges. 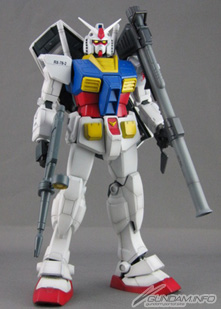 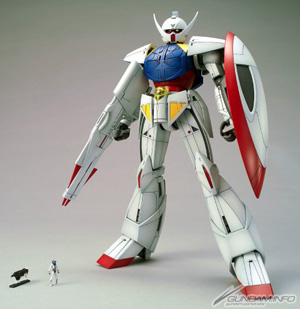 Five years later, in July 1995, Gunpla's 15th anniversary was met with the ¥2,500 (¥2,625 with tax) "MG 1/100 RX-78 Gundam".
The MG (Master Grade) line is built in 1/100 scale. Its detailed proportions, high quality, and attention to detail that extends to modeling internal parts aim it squarely at intermediate to advanced Gunpla builders.
Numerous tiny parts make for a long, involved (but rewarding!) build process.
These kits are engineered for easy posing, and unlike HG kits' swappable hands, all but a few of the earliest MGs feature individually-articulated fingers.
The "MG 1/100 WD-M1 ∀ Gundam" even includes both human and animal figures! (Protagonist Loran Cehack and a cow.) 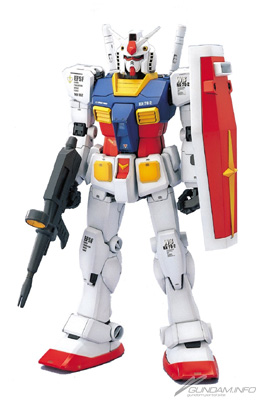 Next after MGs is the "PG 160 RX-78-2 Gundam", priced at ¥12,000 (¥12,600 after tax.)
The Perfect Grade, an (early) 20th-anniversary project launched in November of 1998, lives up to its name as the ultimate Gunpla! Everyone loves 'em! Your entire class will want to come over to your house to see! (Well, maybe not...) These high-spec kits are even marked "for ages 15+."
Prices range from ¥5,000 to nearly ¥30,000, but those lofty sums buy you incredibly-detailed parts. Lots of incredibly-detailed parts. (Over 1,000 in some kits!) Featuring everything from diecast metal to LED lamps, perfect proportions to functional knuckle joints, and even functioning internal mechanisms, the PG brand exemplifies the ultimate in Gunpla.

But it's not over yet! There are still more and more places for Gunpla to go!


Part 2
What makes a Gunpla? A focus on the future of modeling! 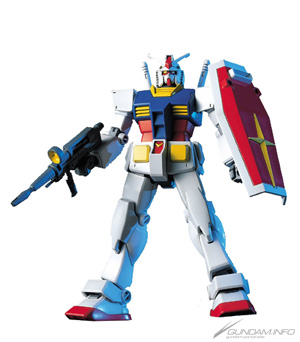 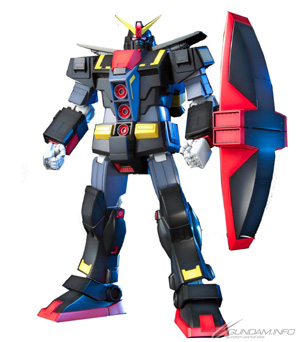 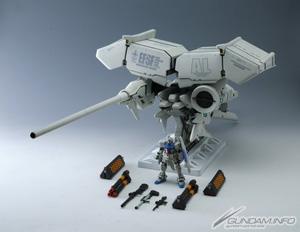 Several brands have been spun off the HG line, but none as significant as the HGUC (HG Universal Century) series which began in May 2001 with the "HGUC 1/144 RX-78-2 Gundam".) This kit was released for ¥1,000 (¥1,050 after tax.)
The UGUC line brings together Universal Century designs in 1/144 scale, with refined designs made possible by the newest technology.
While 1/144 kits may be the smallest Gunpla scale, this line is anything but tiny: it includes the 28cm-high "HGUC Psyco Gundam 1/144" (¥5,000) and the nearly meter-long "HGUC 1/144 RX-78GP03 GP-03 Dendrobium" (¥30,000.)
Currently focused on Mobile Suit Gundam UC suits, this line is packed full of designs which first saw model versions here. It's the "standard Gunpla", popular among fans young and old.

And as Gunpla approached its 30th year, its lineup only continued to grow. 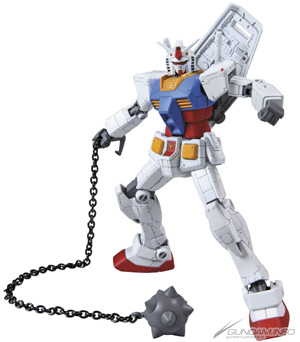 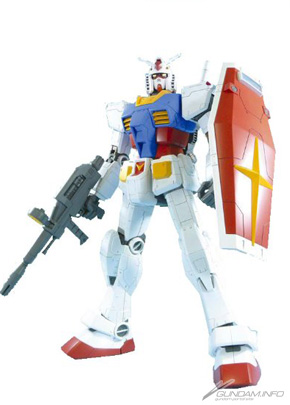 Next is the "1/48 Mega Size Model Gundam" launched in March 2012 for ¥7,800 (¥8,190 with tax.) Standing 375mm high in 1/48 scale, it's one of the biggest kits ever! Based on the Green Tokyo Gundam Project design, it uses special clicking polycaps to strike the kind of cool poses only its scale could make possible. (It has 34 points of articulation!) New "runner lock" technology helps speed up construction and guard against misbuilds, letting even new fans feel comfortable putting together this huge kit. (And is it ever huge! You've gotta see it in person!) 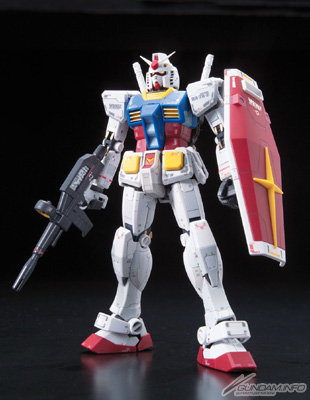 And finally, we come to the definitive "realistic" line, RG ("Real Grade").
Its first kit, the "RG 1/144 RX-78-2 Gundam", launched in July 2010 for ¥2,500 (¥2,625 with tax.) Returning to the 1/144 scale of HG kits, this line for expert modelers includes fine details (individually-moving fingers in 1/144!), great range of motion (it'll hold any pose!), and unmatched features (even the included Core Fighter transforms!) RG kits feature more points of articulation, more colors of parts, a stressless inner frame, and all of the cutting-edge engineering and revolutionary manufacturing techniques than any Gundam fan can appreciate! 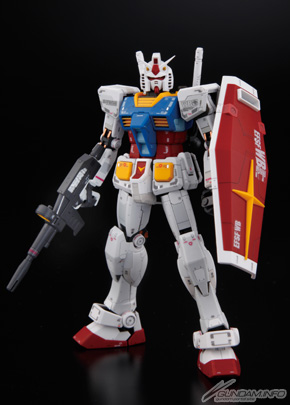 A special "RG 1/144 RX-78-2 Gundam Ver.GFT was released last July for ¥2,800 (tax included), only at Gundam Front Tokyo. The included Amuro Ray figure and pedestal let you recreate the view from Gundam Front Tokyo's entrance! And... 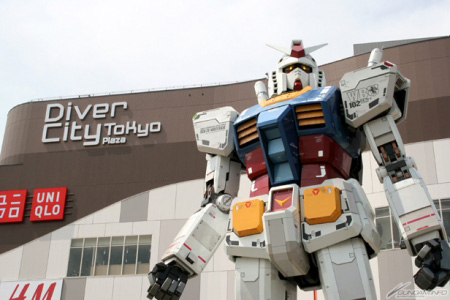 Anyway, that brings us to the end of our 16th column. What do you think of how far Gunpla has come since its 1980s beginnings?

There are so many kits out there! I just wish I'd had time to cover them all. (*sob*)
(If you want to see them all, hurry to Gundam Front Tokyo!)

There are over 1,000 different kits on display, with more arriving every month. You can check out the unparalleled breadth of Gunpla!
What's even more amazing? Almost all of these kits are still for sale today! (Now's your chance to pick up the kits you always wanted as a kid!)

Whether you're crazy for them and want to build them all, or can't even decide where to start, Gunpla has something for you. That's what makes it so fascinating.

Gunpla, beloved by young and old alike, has had a huge impact on the hobby industry, and it's sure to continue to play a major role in the future of plastic modeling.
I can only imagine what revolutionary new technology is in the works now that will keep us glued to Gunpla! (Well, not literally I hope!) 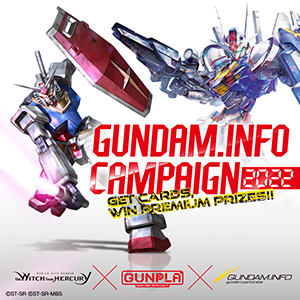 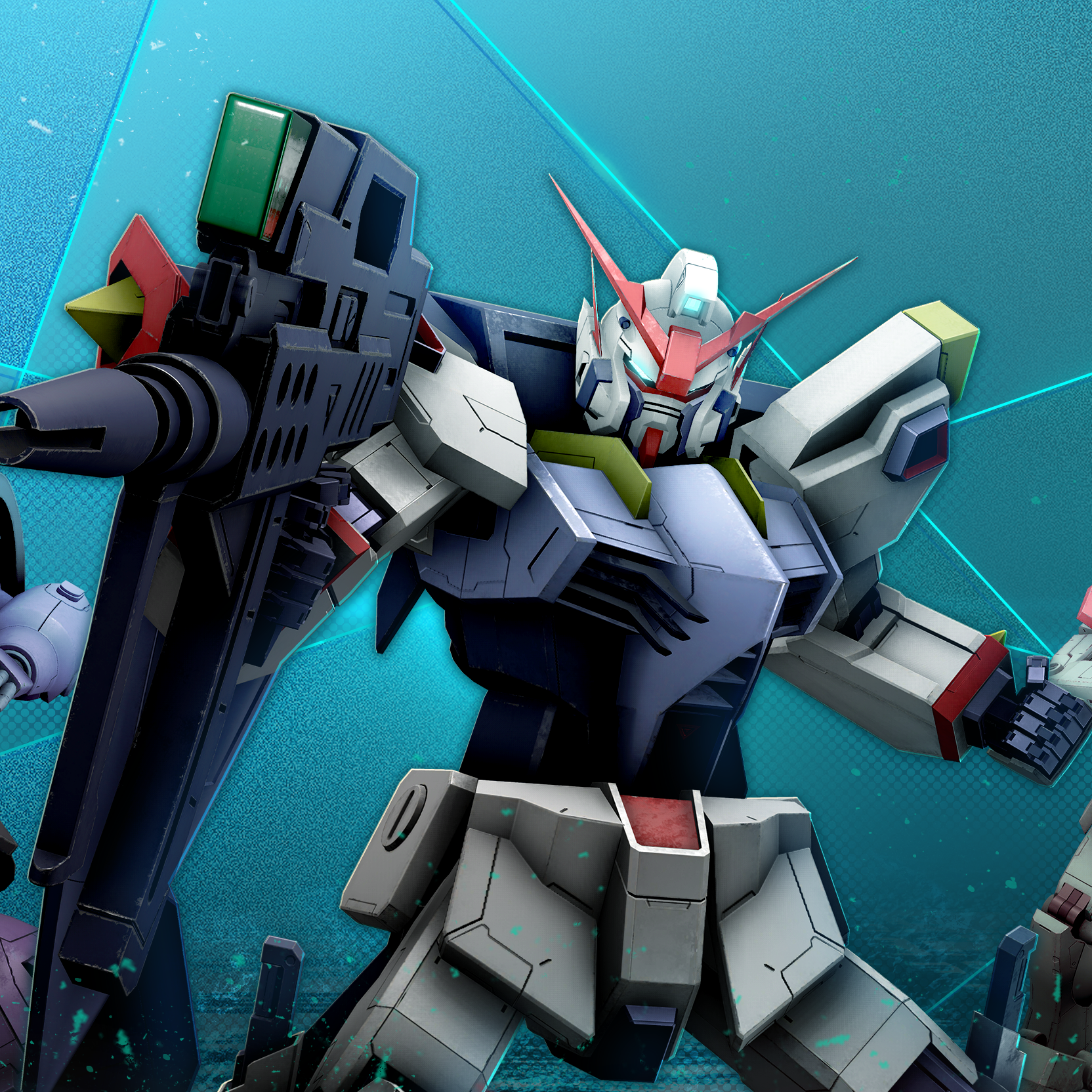 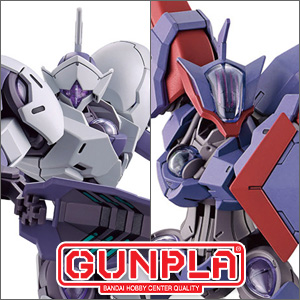