An archived live stream of the venue can be seen on GFC! 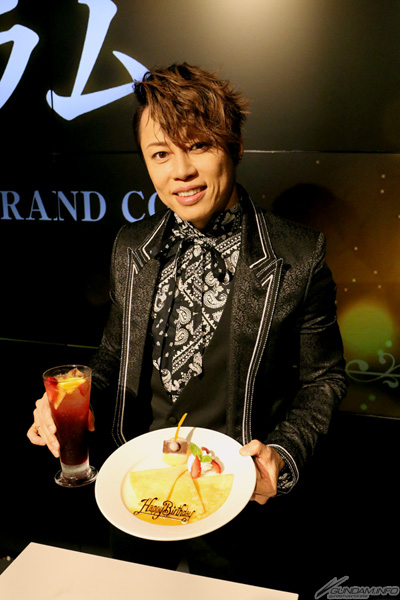 Takanori Nishikawa, who was featured in the Mobile Gundam SEED series, and comedian Yuki Iwai (Haraichi) made an appearance during the special program and actually experienced the Secret Cooking Mission For You ~KIRA & ATHRUN~ show while talking about Gundam.
Here are the details.

Mr. Iwai, the MC, appeared as the special program began. He explained the contents of the Secret Cooking Mission For You ~KIRA & ATHRUN~ show in detail with GUNDAM Café staff member Mr. Fujii.
A video of highlights from the SEED series with additional quotes by Kira and Athrun newly recorded for the show program was revealed and a part of the show program’s special movie was shown to conclude the first part of the event. 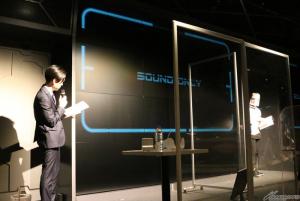 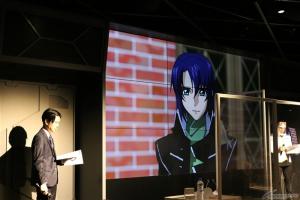 The topic of the talk show then moved onto the Mobile Suit Gundam SEED series.
Mr. Nishikawa has been a part of the series for over 18 years ever since its broadcast and stated, “I am truly grateful to everyone who supports me to this day, and I still feel that I have a strong connection with this series. With that said, I will ramble on about the yet-to-be-made SEED movie even if everyone gets tired of hearing about it (laughs).” Laughs were heard from the audience.

Mr. Nishikawa explained that he rewatched the scenes where Heine, the character that he voiced, appeared on-screen to prepare for this show program. He commented, “I did the best I could at the time, but it feels amateurish. I would love to have another shot at voice acting,” after hearing his lines for the first time in a long time. He also stated, “Miguel and Heine are Coordinators, and they may be revived. I would be more than willing to voice them again if they make the movie! (laughs).”

He also shared a memory from his dubbing experience. “The SEED series is now regarded as a solid and consistent piece of content, but the process of making it was like trampling over sacred ground since we had to work while staff who worked on and cherished the first Gundam series were watching us. We said quotes like ‘This is no Zaku’ while legendary voice actors watched from behind. I wanted to apologize for simply being there.”
Reminisced Mr. Nishikawa while recalling the serious atmosphere he felt at the time.

Regarding the character he voiced, he shared his thoughts; “I think that Miguel left a strong impression in the first half of the series, but Heine was an observant character who could smoothly communicate with anyone in any position and I wanted to see what kind of person he would become if he was able to survive." 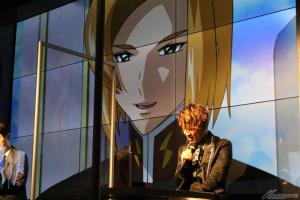 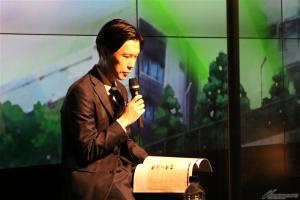 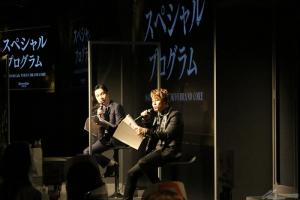 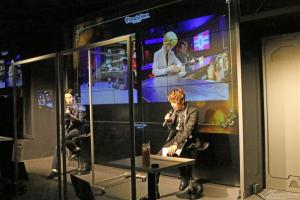 Mr. Nishikawa also worked on theme songs and featured songs in the series. When asked what his most memorable song was, he replied, “ignited was truly iconic. It was created because the director wanted me to make the first opening theme for SEED DESTINY, and it holds a special place in my heart.” He also went on to talk about topics including behind-the-scenes stories related to his music creation process.

“A moving Gundam is being built in Yokohama and a statue of the Freedom Gundam will appear in China. I believe that Gundam has now received a new role as an important part of Japanese culture. I look forward to working with this series in various ways, and would love to have your support,” concluded Mr. Nishikawa as the special program drew to a close. 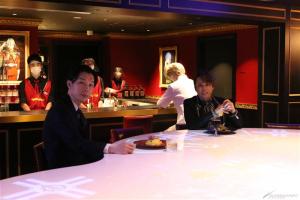 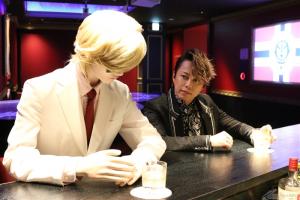 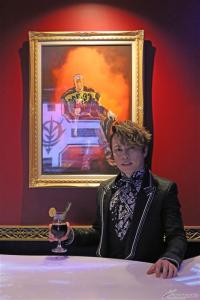 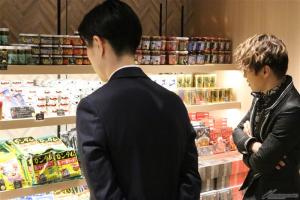 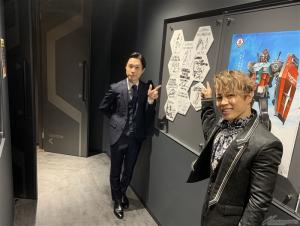 G DIMENSIONS EX DINNER SHOW Secret Cooking Mission For You ~KIRA & ATHRUN~ Show Program is currently being held at Gundam Café TOKYO, and reservations can be made on the official website.
The Gouf Ignited Dessert Plate featured in this special program and Heine Westenfluss & Takanori Nishikawa's Birthday fortuneLatte will be available until Saturday, September 19th, at GUNDAM Café TOKYO, GUNDAM Café Osaka Dotonbori, and GUNDAM SQUARE for a limited period.
Various goods are also available at the stores, so be sure to check them out, too.

Furthermore, another special program will be held on Sunday, September 13th, and Rie Tanaka, who played the voice of Lacus Clyne, will appear as a guest. Details will be announced on a later date on the official Gundam Café website, so stay tuned for updates. 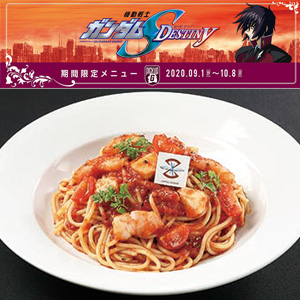 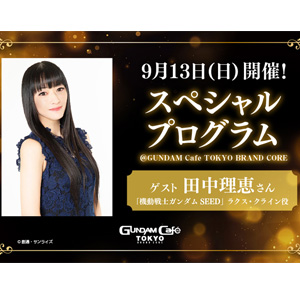 The Special Guest is Rie Tanaka, the Voice of Lacus! Reservations for the GUNDAM Café TOKYO Special Program are Currently Available! 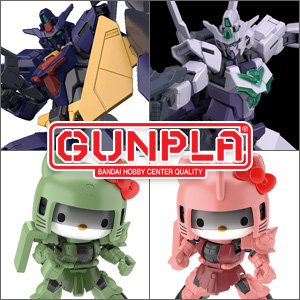