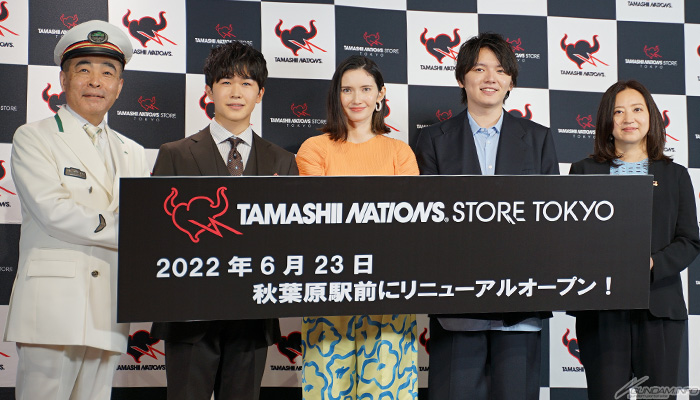 Nao Udagawa, the CEO of BANDAI SPIRITS CO., LTD., and Yoshiyuki Hokura, Akihabara Station’s Station Master, attended the ceremony. They welcomed model and TV personality Saya Ichikawa and actors Fuku Suzuki and Tatsuomi Hamada as guests and held a talk session with them.


Udagawa, CEO of BANDAI SPIRITS, explained the brand's history thus far, saying, “TAMASHII NATIONS has expanded its fanbase via its rich lineup, especially figures and robots, and its high quality since its birth in 2008. It has become a well-loved brand in Japan as well as overseas,” as she showed up first in the store. She continued, “TNST will be a space where we’re able to connect with fans via new products and events and provide them with new emotional experiences,” highlighting the goal the store is pursuing.

The next speaker was Akihabara Station Master Hokura, who offered his congratulations on the opening of the store from the point of view of someone who watches over the Akihabara area. He said, “I want Akihabara to be a neighborhood with a global feel. It is an honor for me to welcome TNST as its cornerstone.”

After the introduction speech, next up was the ribbon-cutting ceremony. Ichikawa, Suzuki, and Hamada entered the venue and cut a ribbon decorated with the TNST logo. They had a slightly hard time cutting it, but they eventually managed and smiled for the cameras. 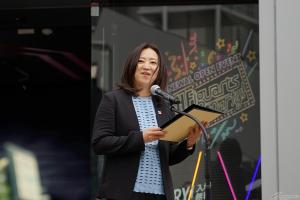 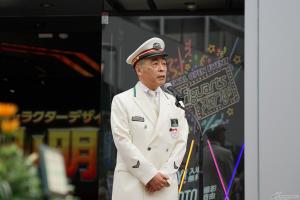 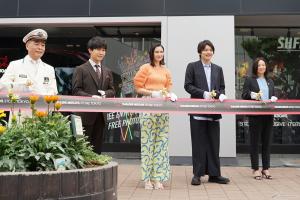 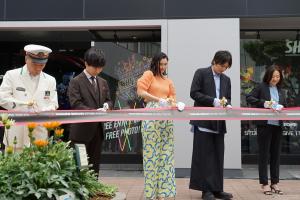 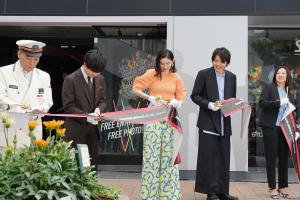 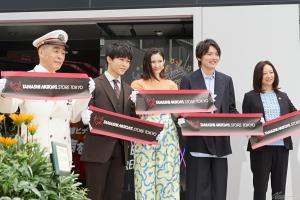 After the ribbon-cutting ceremony, the party moved to a different location, and the talk session with the guests began.

Lastly, each guest left a message to the TNST visitors.

“A really exciting store has opened in Akihabara. Make sure to check out the S.H. Figuarts Ultraman Geed products,” said Hamada, referencing the character he portrayed on TV.

“I’m sure I’ll personally visit TNST a lot of times in the future. Talk to me if you see me at the store. I’d be happy to speak to my fans as we look at figures together,” said Suzuki.

“I usually look and buy figures online, but so many unique displays in this store surpassed my wildest imagination. Please do not be content with just looking at figures online. Do come and visit,” said Ichikawa.

The guests also responded to questions by the journalists in the venue before the event wrapped up. It was a great success. 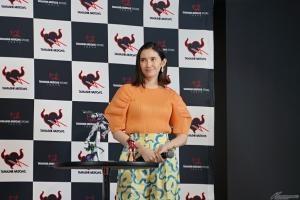 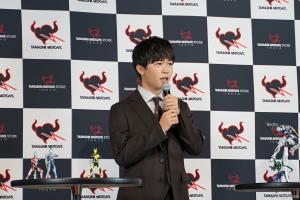 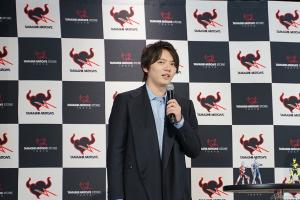 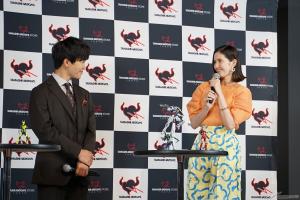 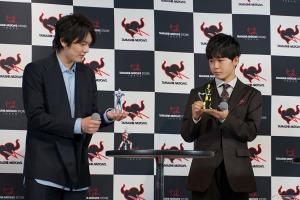 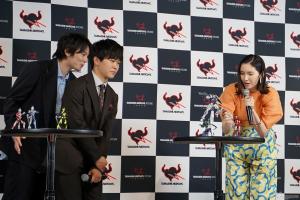 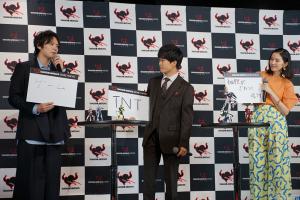 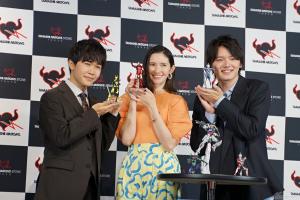 The new TAMASHII NATIONS STORE TOKYO is three times bigger than it used to be. It will be a space where the brand is able to connect with fans via new products and events and provide them with new emotional experiences. It will reopen tomorrow, Wednesday, June 23rd after renovation works. 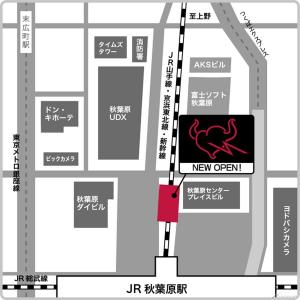