See or ride in the Char Custom Auris at Odaiba Gakuensai, beginning 10/6!

Don't miss the stage event on the 7th! 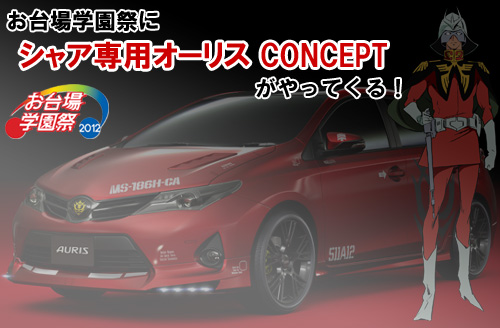 The "Odaiba Gakuensai 2012" where you can experience the thrill and appeal of cars, will be held in Tokyo's Minato Ward and Koto Ward Bayside area beginning October 6th!
As part of the event, the Char Custom Auris Concept will be displayed from the 6th through the 8th. 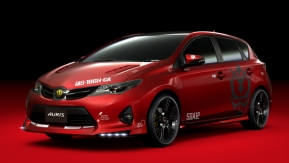 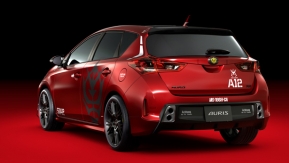 The Char Custom Auris was unveiled at this year's Chara-Hobby 2012 C3×Hobby as a concept collaboration between Char Aznable and Toyota.

During the Odaiba Gakuensai, it will be displayed below the life-sized Gundam at Diver City Festival Plaza on the 6th.

On the 7th and 8th it will be shown at Odaiba's MEGA WEB during the 5th MEGA WEB Festa in Odaiba Gakuensai, and a special stage event will be held at 3:30 on the 7th.
The winner of a rock-paper-scissors competition will be taken for a rise in the Char Custom Auris Concept.

Don't miss this chance to see the Char Custom Auris for yourself!


For more info, visit the Odaiba Gakuensai 2012 site or the MEGA WEB site.