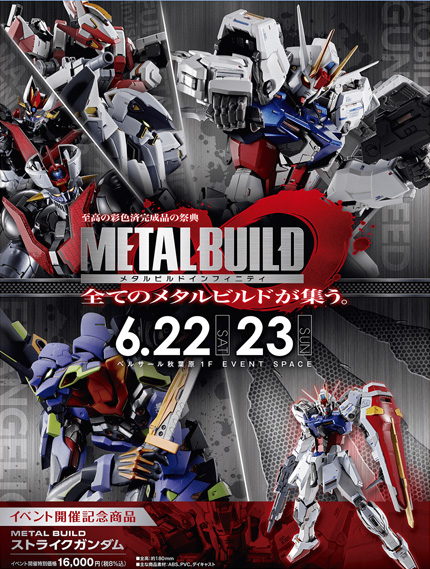 The information for the June 22 (Sat) and 23 (Sun), 2019 "METAL BUILD∞ -Metal Build Infinity-" exhibition which will be held at Belle Salle Akihabara was released today.

"METAL BUILD∞ -Metal Build Infinity-" is the ultimate festival for the "METAL BUILD" painted finished toy brand by BANDAI SPIRITS. With the history of "METAL BUILD" up to now, the latest series works and concept models, and premiere public prototypes, it will be a grand event.

At the exhibition, details of the new project "METAL BUILD Alternative Strike" will be released. Together with many prototypes, and additions to the future line-up, the outline and story will be revealed for the first time.

Also, from past releases through the newest items of all the METAL BUILD series, there will be a "HISTORY OF METAL BUILD", a "METAL BUILD Thoroughly Dissected" feature of the production process, "NEW MODELS" where items currently for pre-order and items considered for production appear, and two concept models which show the future of METAL BUILD in "FUTURE OF METAL BUILD" are currently being planned. 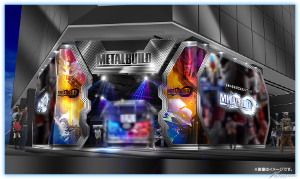 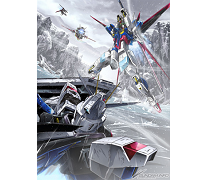