DIVE TO GUNDAM BUILD DIVERS Exhibit to Begin 4/8 at GUNDAM BASE TOKYO! And a Special Talk Show!

Yusuke Kobayashi and Natsumi Fujiwara will appear as guests in the talk show!

“DIVE TO GUNDAM BUILD DIVERS” featuring Gundam Build Divers will be opened at the Gunpla center THE GUNDAM BASE TOKYO starting from April 8th (Sun). Entry is free.

At the event, new Gundam Build Divers items, related merchandise, and a series corner that will introduce the world of the series in greater detail will be on display. The series will begin respectively on April 3rd (Tues) and will air every Tuesday at 5:55pm on the TV Tokyo 6 Station Network and on April 7th (Sat) every Saturday at 7:30pm on BS11.

A special talk show to commemorate the start of the Build Divers’ broadcast will also be held at the Event Zone in GUNDAM BASE TOKYO at 1:00pm on April 8th (Sun).

Mr. Yusuke Kobayashi, voice of Riku Mikami, Ms. Natsumi Fujiwara, voice of Yukio Hidaka, and Sunrise Producer Masakazu Ogawa will appear as guests. They will introduce and delve deeper into the first episode together with the world, characters, and mecha of the series.

Furthermore, the GUNDAM BASE TOKYO official Twitter is currently accepting questions pertaining to Build Divers to ask the guests, so be sure to get in on the action and submit a question!

Event Zone inside GUNDAM BASE TOKYO

※ The contents to be held at the event are subject to change or be cancelled without prior notice. We ask for your understanding and cooperation.

Event Zone inside GUNDAM BASE TOKYO

Details scheduled to be revealed soon

A talk show that will delve deeper into the first episode to air on April 3rd (Tues) alongside the world, characters, and mecha of the series!

These questions will be answered by the guests during the special talk show!

We look forward to all of your entries!

For those that wish to have their pennames introduced, please write your name next to your question.

※ You will not receive a reply from the GUNDAM BASE TOKYO’s official Twitter. Please note this.

※ There is a possibility that not all of the submitted questions can be answered during the event. We ask for your understanding and cooperation.

※ There is a possibility that your penname or account name will be introduced alongside your question during the event.

※ The question corner may be cancelled depending on what occurs during the event. 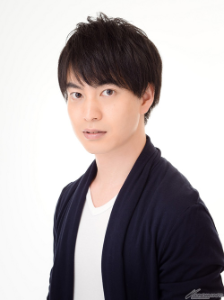 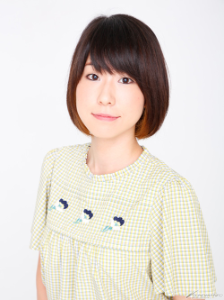