Its first shipment includes special markings and a booklet! 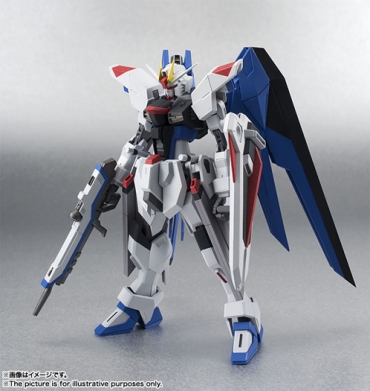 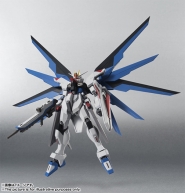 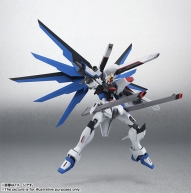 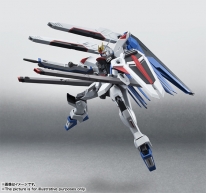 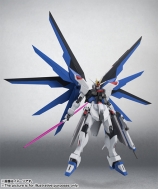 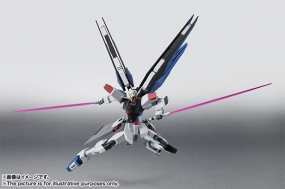 The Freedom Gundam from Mobile Suit Gundam SEED is now available as a Robot Spirits figure.
Biaxial and ball joints allow for extra flexibility and posing range, especially in the hips, letting it recreate the full burst firing pose.

The first shipment will include both a booklet and special marking details in both ZAFT (as designed) and Kira Yamato (after coming aboard the Eternal) designs, along with decal sets for the Robot Spirits Justice Gundam due in September and the Premium Bandai-exclusive Robot Spirits Providence Gundam/
The booklet focuses on key appearances of the three suits, recreating their famous moments in full color using the Robot Spirits figures. 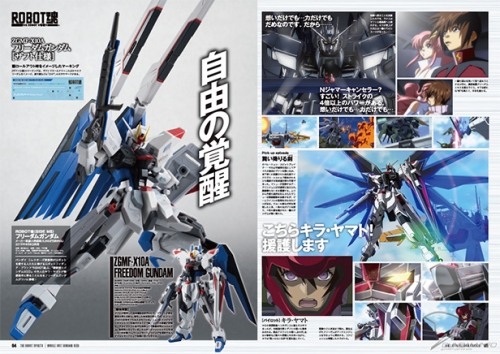 ▲ The Freedom, with ZAFT markings, makes its first appearance! Pick it up and see the rest!

A clear blue Spirits Stage Act.Combination, perfect for the Freedom Gundam, will also be available August 8th.
Use as a stand-alone display, or swap parts and add extensions to create multi-suit scenes! You won't want to miss it if you're planning on displaying the Freedom fighting along Justice or dueling Providence. 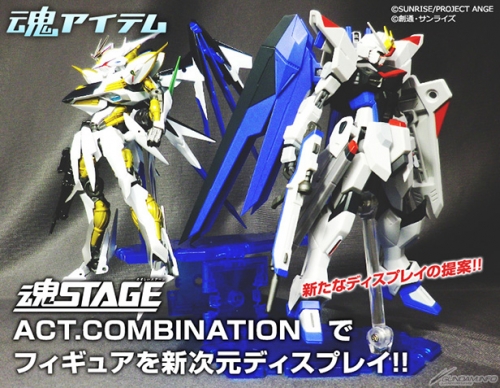 ▲ See the review on Tamashii Web! Don't miss it!