“Victory Gundam” and Gun-EZ” also go into the fray! A total of 8 different types of armaments for each MS! 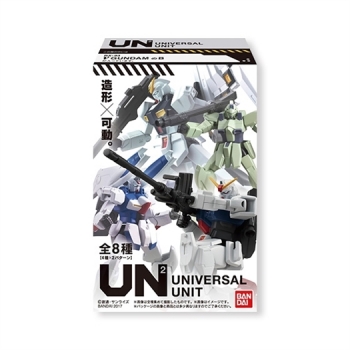 “Mobile Suit Gundam Universal Unit 4,” the 4th installment of the next generation action figure and shokugan standard model, was released countrywide in toy stores, electronic retail stores, and online on May 2nd (Tues.) It is priced at 500 yen each excluding tax.

The 4th installment of the Universal Unit is a “Real Type Gundam Action Figure” and is a compatible blend of action and collection in a perfect size of approximately 8.5cm.
The installment’s line-up includes these 4 suits: “v Gundam,” “Victory Gundam,” “Gun-EZ,” and “Gundam Ground Type.” Each MS comes with one out of two armament choices, resulting in a total of 8 different figure sets in the line-up. 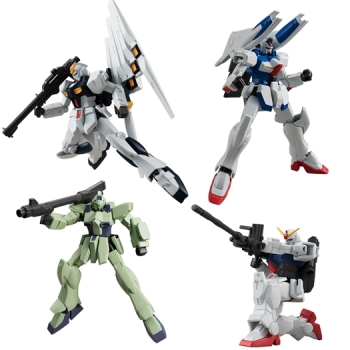 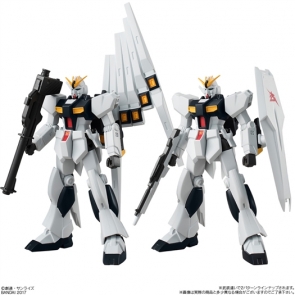 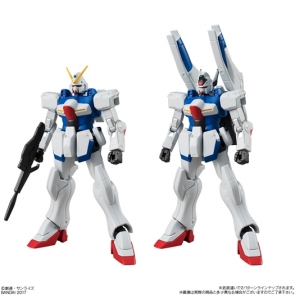 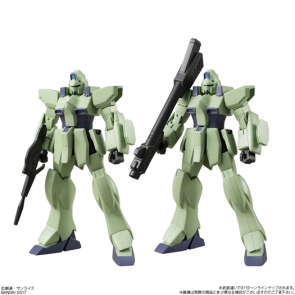 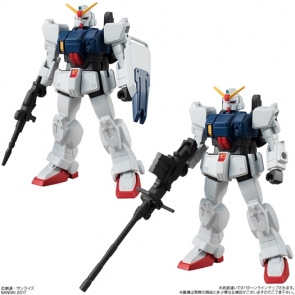