You can pre-order it in every shop, starting from August 1st!

Intertwining the front figure of the CAD technique and the craftsmanship of the moulding workers in the robot figurines of ROBOT Tamashii, the Unicorn Gundam 03 Phenex (Destroy Mode) (Narrative Ver.) will be released on December, but the pre-orders will be available in any shop, starting from August 1st (Wednesday), for 9,180 yen (taxes included).

The design for the armed armour follows the plumage of the phoenix on the stabilizer, which have internal wires to allow free movement. The motions are so natural that the poses the model can make resemble a dance in space! The pain job is in gold and blue, giving the psycho frame a shining image. Just like a phoenix, the Phenex possess the same beauty and brightness. 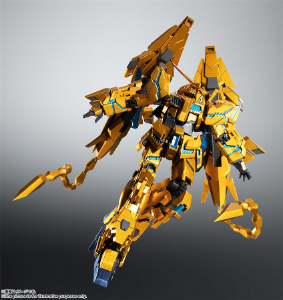 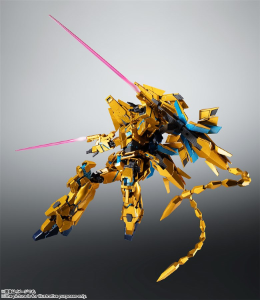 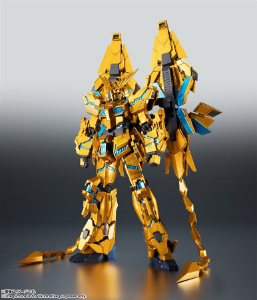