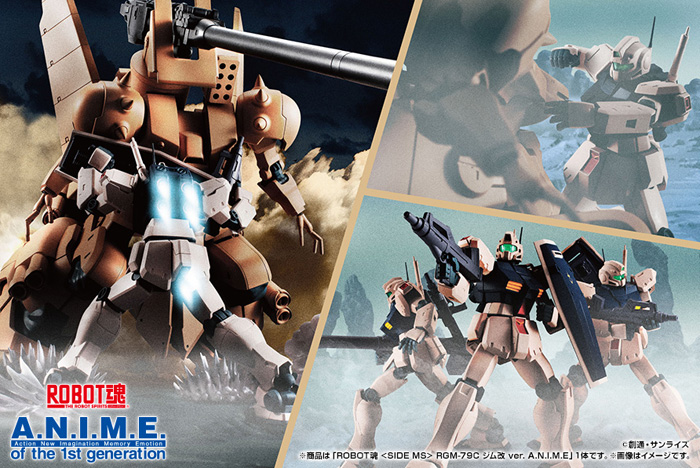 From the "ROBOT SPIRITS ver. A.N.I.M.E." robot figure series which incorporates the latest in "CAD technology" and the craftsmanship of a "modeller's technique", "GM Type C" will be released January 2020. Price is ¥6,600 (tax inc).

From "Mobile Suit Gundam 0083", the "GM Type C", which played an impressive role during battle at Torrington Base and the GP02 recapture operation, appears in the "ver. A.N.I.M.E." series.

This item, through the use of retractable joints in the chest, pull-out joints in the shoulder, and swing mechanism in the hip joint, has flexible posing and achieves dynamic action.