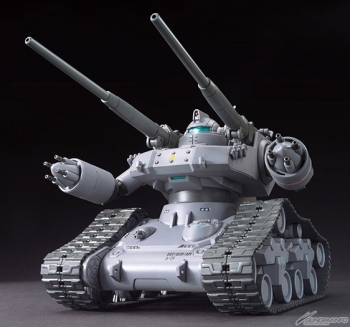 ■ HG 1/144 GUNTANK EARLY TYPE May 15th, 2015 / ¥1,836
The Guntank which Casval seizes the control of in Mobile Suit Gundam The Origin comes to HG! Its heavy, tanklike form is recreated down to the fine details, with a variety of posing options available. Elevate its cannons and twist its waist to recreate irs firing positions! 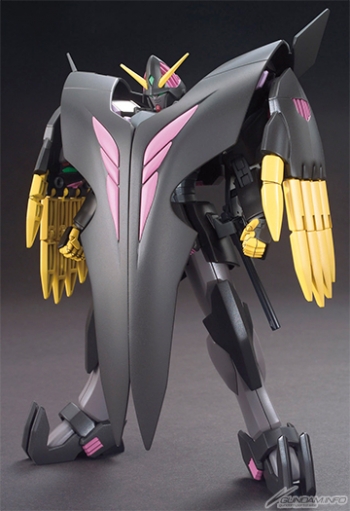 ■ HG 1/144 GUNDAM THE END May 15th, 2015 / ¥2,736
The Gundam The End controlled by Gunpla Academy's Saga Adou in Gundam Build Fighters Try joins the lineup! Its distinctive cloak is molded in flexible material, there's an alternate first for display with the Dead End Finger, and the kit even includes extension parts for posing! The Shot The End can be attached to its side armor using special parts. 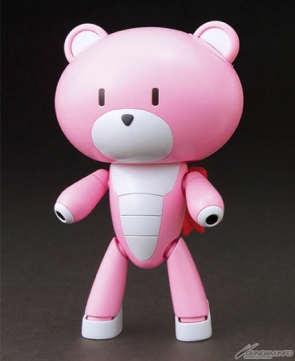 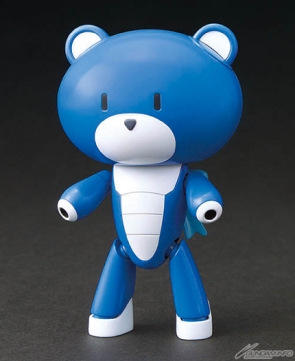 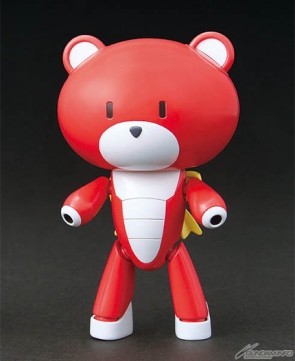 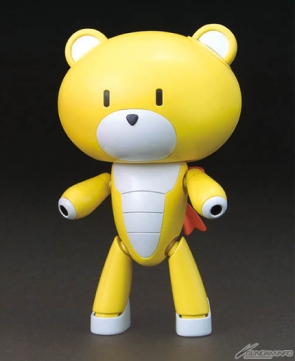 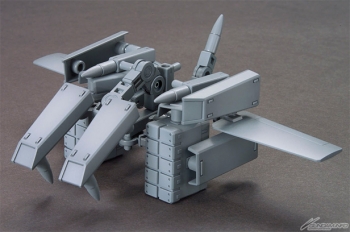 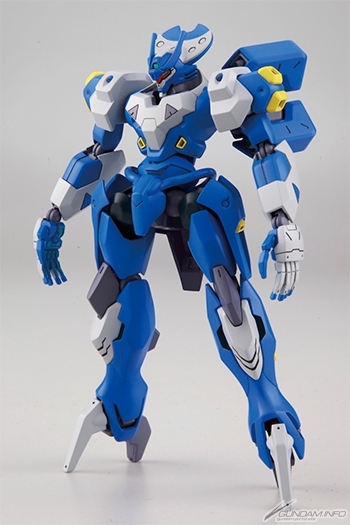 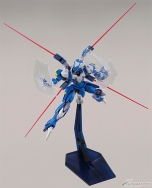 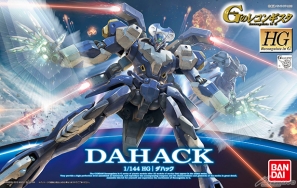 ■ HG 1/144 DAHACK May 15th, 2015 / Price: ¥1,944
Klim Nick's Dahack from Gundam Reconguista in G is now available as an HG kit! Its back-mounted Armed Arms mount flexibly, and beam saber blades can be attached to gunports for four-blade wielding. Includes beam saber, beam barrier, a range of hand parts, and a custom stand. 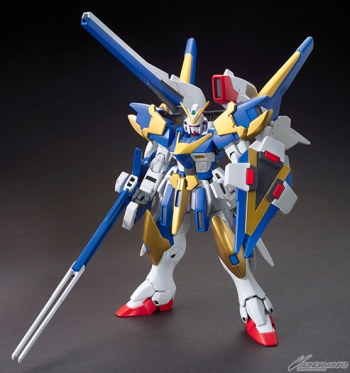 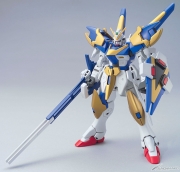 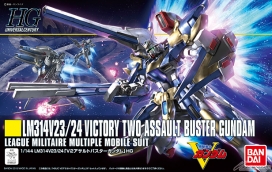 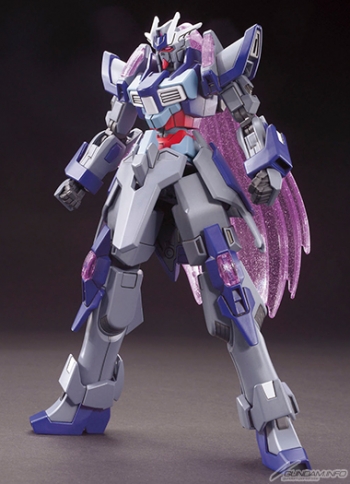 ■ HG 1/144 DENIAL GUNDAM May 23rd, 2015 / ¥1,944
Junya Inose, Sekai's rival in Gundam Build Fighters Try, brings his Gunpla to HG! Just as mobile as the Try Burning Gundam, it's capable of martial arts stances and includes a range of hand parts for expressive posing. 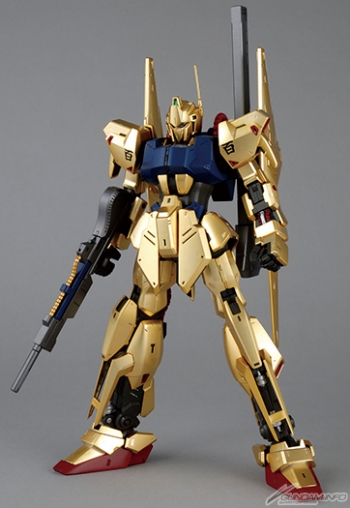 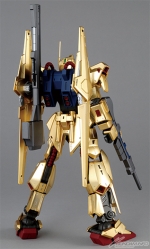 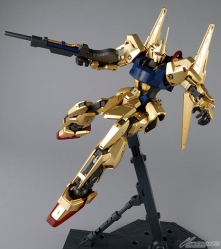 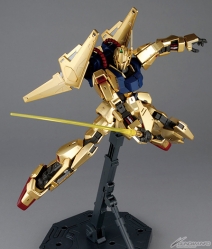 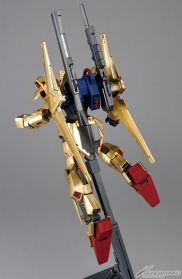 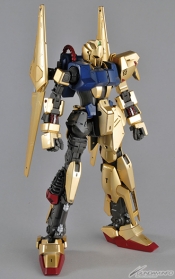 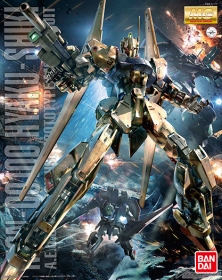 ■ MG 1/100 HYAKUSHIKI Ver. 2.0 May 30th, 2015 / ¥7,344
We celebrate the 30th anniversary of Mobile Suit Zeta Gundam's broadcast with a Ver. 2.0 Hyakushiki! The movable frame concept proven by the MG Gundam Mk-II Ver.2.0 returns, with a range of motion comparable to that of the human body. The three camera lighting patterns introduced for the films can be recreated with a parts swap. Its gold plating, with a hint of red derived from cel paint coloring, is extra-easy to bring to a flawless finish due to the use of under-part gates. 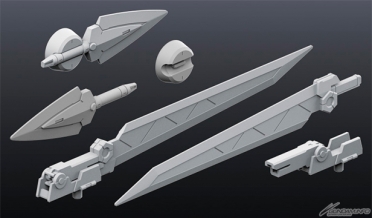 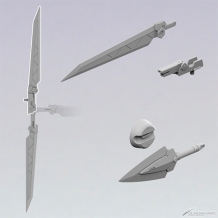 ■ BUILDERS PARTS HD NONSCALE MS SWORD 01 May 23rd, 2015 / ¥648
Beef up your loadout with new sword parts!
Long blades that can mount to the forearm are included along with shorts knives and mounting parts. 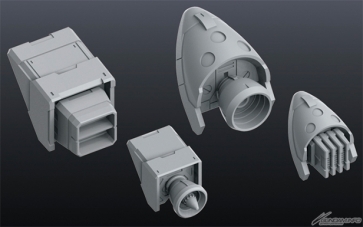 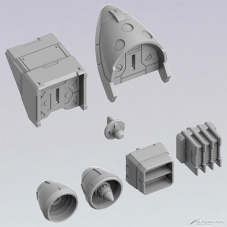 ■ BUILDERS PARTS HD NONSCALE MS VERNIER 03 May 23rd, 2015 / ･648
Rearrange booster nozzles for peak performance!
Mix and match within large and small sizes to customize your boosters.
* This article was originally published in Japan. Availability & timing may vary by region.
Please enable cookies in order to use My Page