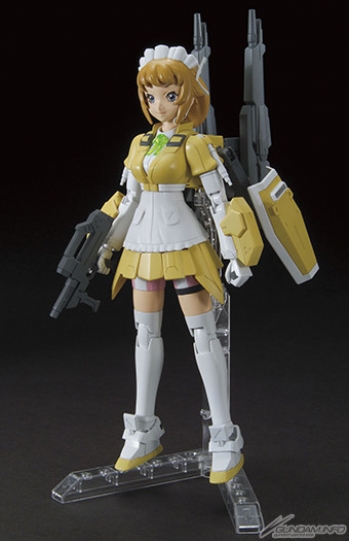 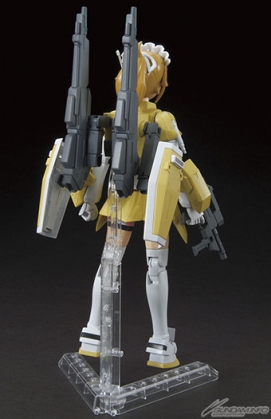 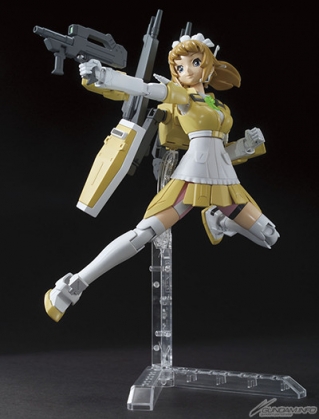 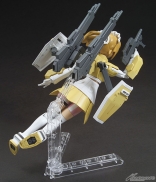 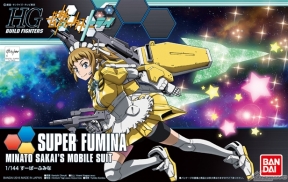 ■ HGBF 1/144 SUPER FUMINA November 7th, 2015 / ¥1,944
The fan-favorite Super Fumina from Gundam Build Fighters Try's final episode is available as a kit! Her skirt is even made of a flexible material! Her eyes and eyelashes are given a lifelike look with clear materials. And her weapons loadout includes a beam cannon and more! 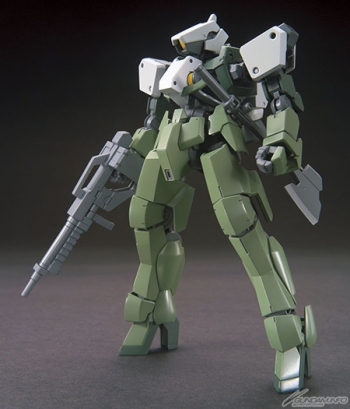 ■ HG 1/144 GRAZE CUSTOM November 7th, 2015 / ¥1,080
This new Mobile Suit Gundam: Iron-Blooded Orphans kit features the Graze's revised head and torso. Its back-mounter vernier nozzles can angle up and down, and its standard loadout of rifle and battle axe are included; the axe can be stowed at its hip. 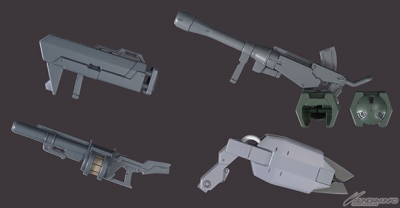 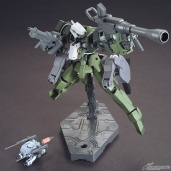 ■ HG 1/144 MS OPTION SET 2 & CGS MOBILE WORKER (SPACE) November 7th, 2015 / ¥648
Pick up a second weapons set from Mobile Suit Gundam: Iron-Blooded Orphans! Along with a bazooka and booster for the HG Graze, it comes with a missile launcher and bazooka designes for the HG Hyakuri and HG Hyakuren. A space-use CGS mobile worker is also included! 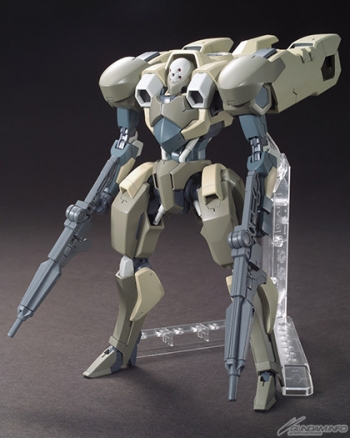 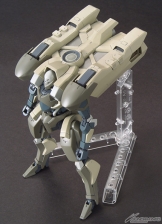 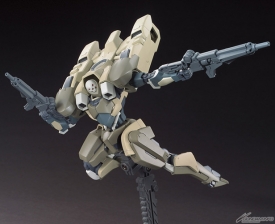 ■ HG 1/144 HYAKURI November 14th, 2015 / ¥1,296
The Teiwaz syndicate's transformable "Hyakuri" suit from Mobile Suit Gundam: IRON-BLOODED ORPHANS is available in HG! Swap parts to transform into flight mode, then display on the included stand! Its backpack has room to stow its removed arms, and the cover for the compartment can be used as a shield. Twin rifles are also included! 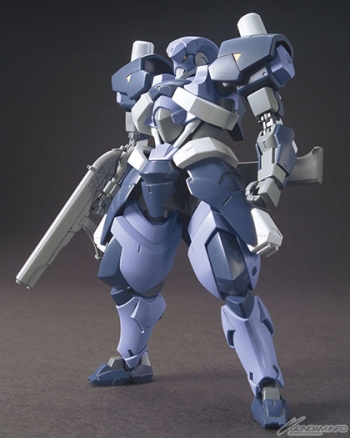 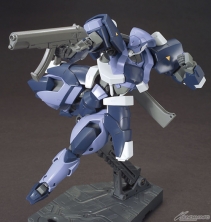 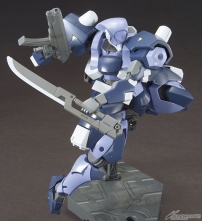 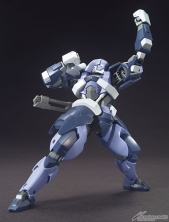 ■ HG 1/144 HYAKUREN November 14th, 2015 / ¥1,080
The Teiwaz syndicate's massive front-line "Hyakuren" suit from Mobile Suit Gundam: IRON-BLOODED ORPHANS is available in HG! Its side armor can be used as knuckle guards, and option parts include a blade and sheath. Its handheld rifle cannon is included to! 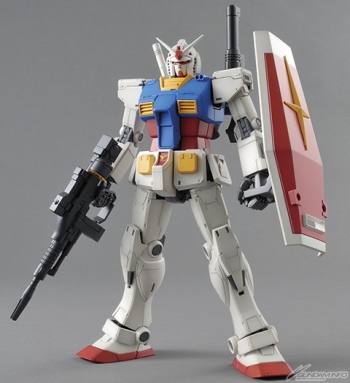 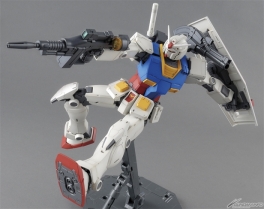 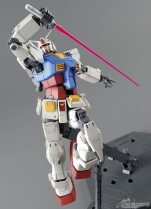 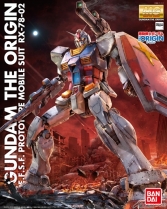 ■ MG 1/100 RX-78-02 GUNDAM (GUNDAM THE ORIGIN VER.) November 20th, 2015 / ¥4,860
Mobile Suit Gundam The Origin's RX-78-02 Gundam can be yours! Its pelvis slides with four degrees of freedom, its ankles are redesigned for added stability and flexibility, and its range of mobility redefines what models are capable of! New fixed weaponry like its chest-mounted vulcan uses clear parts in places for added impact on display. Its armament also includes its shoulder cannon and more, and a LED unit (sold separately) can illuminate its camera eye! 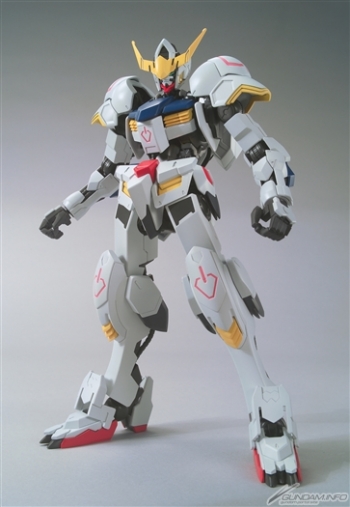 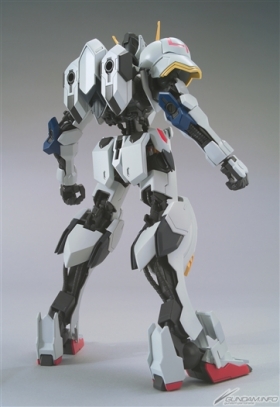 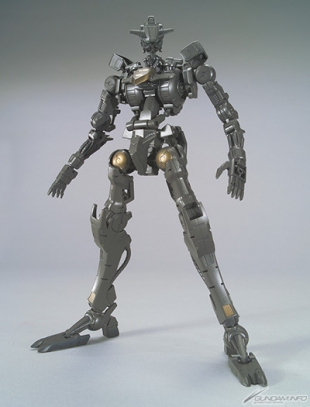 ■ 1/100 GUNDAM BARBATOS November 28th, 2015 / ¥2,700
The Gundam Barbatos from Mobile Suit Gundam: Iron-Blooded Orphans arrives as a 1/100 scale kit! The full details of its internal frame are recreated in a kit that's still easy to build due to a focus on simplifying parts count! Weapon features include sliding parts which allow for its smoothbore cannon to be stowed or raised, as well as joints allowing its sword to be stowed on its backpack. 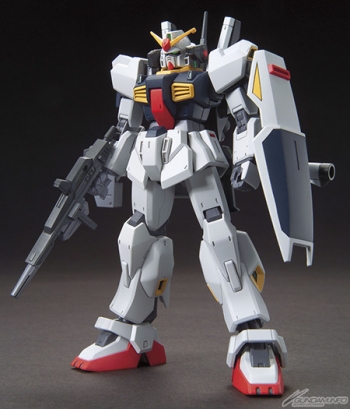 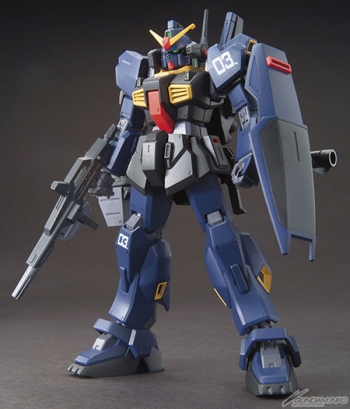