The protagonist Gundam of the second season of Iron-Blooded Orphans, which begins airing on 10/2, has quickly been made into a model! 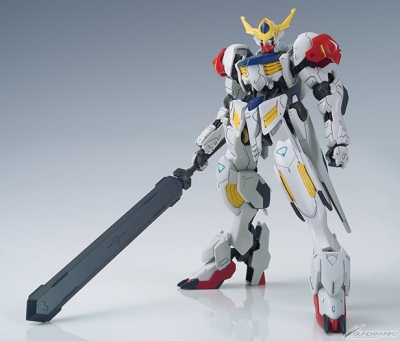 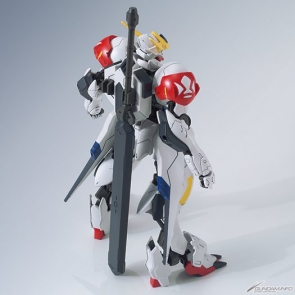 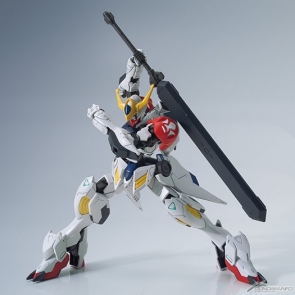 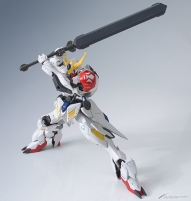 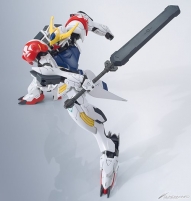 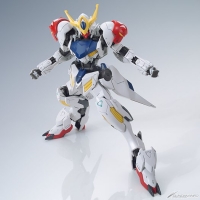 
“Gundam Barbatos Lupus”, protagonist Gundam from Mobile Suit Gundam Iron-Blooded Orphans’ second season which begins airing tomorrow on October 2nd (Sun), has quickly been made into a model. The detailed color coding has been recreated through the segmenting of the molded parts and includes the Tekkadan mark on its shoulder and its head painted in different colors. The use of the frame structure gives added detail, new moveable joints were added to the wrists and a portion of the armor, and an improvement in the action efficiency has also been implemented. A sword mace is also included. Furthermore, for the first time as a limited bonus, “Gundam Try Age” and “Gundam Cross War” promotional cards are also included in addition to the “Gunpla Iron-Blooded Orphans Series Special Booklet.” 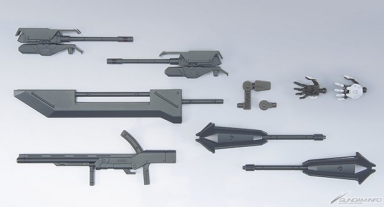 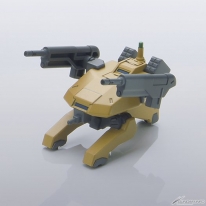 
The Iron-Blooded Orphans Option Set #5 is also being sold. It includes weapons such as a 200mm arm rifle and twin maces, as well as open hand parts for “HG GUNDAM BARBATOS LUPUS.” When combined together, it becomes possible to do an abundance of expressive poses. The set also includes high all-purpose joint parts. You can customize your Gunpla with a variety of combinations. Furthermore, the new mobile worker used by the Tekkadan is also included.
A quick review of the “HG GUNDAM BARBATOS LUPUS” has been published on the Gunpla Iron-Blooded Orphans series page on the Bandai Hobby website. Definitely please check it out.