Charming masterpieces have placed in both the junior and open courses!

The Japan Representative Finals Award Ceremony, which determines the Japanese representatives for the “Gunpla Builders World Cup 2017 (GBWC)”, an official Gunpla world championship presented by Bandai, was held at GUNDAM BASE TOKYO, a Gunpla center in Odaiba, on November 26th (Sun).

The ceremony began with “Meijin Kawaguchi”, or Mr. Katsumi Kawaguchi of the Bandai Hobby Operations Department, and MC Ms. Masami Kyogoku going up on stage. Meijin Kawaguchi reflected on the past 6 championships and commented, “The levels of the builds go up each year while both the participating countries and number of participants are increasing. I am profoundly moved by this.” The presentation of the trophy awards and commemorative plaques to the winners as well as general comments then took place.

Which works broke through the large, fierce battle in this competition and is radiantly sitting in the position as commendable Japanese representatives? Without further ado, let’s go into the report on the results of the finals and the award ceremony.

“It was my first time participating, so I’m happy with 3rd place. I’m thankful to my father and older brother for giving me advice.” (Ryoka Takemoto)

“Congratulations on your win. The blue-green coloring is beautifully arranged while the decorative base and mixing was meticulously and splendidly done.” (Bandai Hobby Operations Department Nishimura)

“I’m thankful to my father and the people in my neighborhood that taught me (how to build). Thank you very much.” (Yusuke)

“The world-building and story is brought across as a single work. The picture book is well made while the feeling of depth that the display has was also great. I believe that it’ll become even better if you continue refining each Gunpla one by one, so please continue doing your best.” (Bandai Hobby Operations Department Uchida)

“This work was strongly conscious of its presentation and had a force that catches the eye. It was, of course, a meticulous build, but it was the story told by the diorama that resonated in my soul. My most sincere congratulations.” (Bandai Hobby Operations Department Nishimura)

“My son received second place in the world championships last year; for myself to receive such a wonderful prize like this this year, thank you very much.” (Mocchi)

“I thought the presentation of likening changes in Gunpla to that of insects was a splendid idea. I believe that it will become an even more wonderful creation as you continue to refine it piece by piece. The 360° display was also wonderful.” (Bandai Hobby Operations Department Uchida)

“In any case, his ability in constructing spaces is incredible. His work is like a painting no matter from what angle a photo is taken and has a magnificent impact. There are also no cracks in the builds of either the Gundam or the serpents wherever it is taken. Please continue creating wonderful works.” (Bandai Hobby Operations Department Nishimura)

“I am happy to have been chosen from among so many works. I believe it is not original to only be restricted by the world and settings in Gundam, so I tried building with that kind of approach. I’m happy to have that be recognized. Thank you very much.” (Shimoda Heavy Industries)

“The construction of the internal mechanics, as if to make one believe that it was a real machine, and its finish is magnificent. I was also surprised by the idea of bringing the DENDROBIUM into this 50x50 case. As this piece also received the majority in the popular vote, we selected this work as first place.” (Bandai Hobby Operations Department Uchida)

After receiving the results, Meijin Kawaguchi said as a general comment, “The works that everyone built in this one year are on display. I believe that there may or may not have been difficulties as you were creating your works, but, while having goals of wanting to build it like that or like this, I believe that there are many who created their works while thinking, “Building Gunpla is fun after all.” I wish to continue GBWC next year as well, so everyone’s new battle begins from today onwards. I hope that you can spend another fun year with Gunpla. Everyone did a great job today.” The event then came to an end.

▲ A photo session with the participants of the Japan Competition Finals

The radiant Japan champions of this year – Ms. Mei Hata’s work “Devil’s Contract ~The Final Redemption~” and Mr. Shimoda Heavy Industries’ work “RX-78GP03 DENDROBIUM” – will participate as the Japan representatives in the World Championship Finals that will be held at GUNDAM BASE TOKYO in Odaiba, Tokyo from December 17th (Sun). There, each countries’ representative works will compete against each other for the crown as the world’s best builder.

The World Championship Finals is scheduled to be streamed live on the Bandai Hobby Site and Gundam Fan Club. Everyone, let’s support our two Japan representatives so that they can win against strong competitors that have gathered from around the world.


※ Names are written without honorifics in a portion of this article 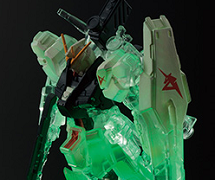 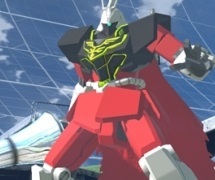