Commemorating “THE ORIGIN: Clash at Battle of Loum” at GUNDAM CAFÉ! A Collaboration Menu at Every Store!

Customers will be presented with an original coaster when ordering any limited drinks!

In commemoration of Mobile Suit Gundam THE ORIGIN: Clash at Battle of Loum opening in theaters, a collaboration menu is being offered from September 1st (Fri) at the official GUNDAM CAFÉs “GUNDAM CAFÉ Akihabara” and “GUNDAM CAFÉ DiverCity Tokyo Plaza” as well as Osaka’s “GUNDAM SQUARE.”

The collaboration menu is based off of various parts of the world of THE ORIGIN: Clash at Battle of Loum; the food and drink menus are offered at both GUNDAM CAFÉ Akihabara and GUNDAM SQUARE while only the drink menu is offered at GUNDAM CAFÉ DiverCity Tokyo Plaza.
Additionally, those who order one of the collaboration drinks will be presented with an original coaster. The coaster will be gone once all stock has run out, so be sure to visit the store as soon as possible if you would definitely like to obtain one. The menu is scheduled to be offered until September 29th (Fri).

“Acguy Mug with Figure” is a new product that is currently being sold at both GUNDAM CAFÉs and at GUNDAM SQUARE. We will introduce it together with the menu. 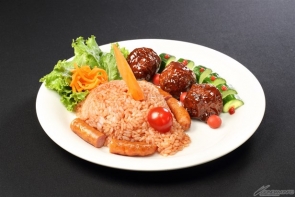 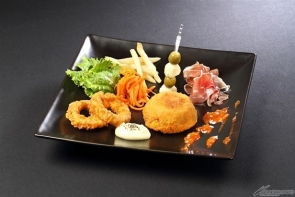 Osaka>
[Left] You Who Lays Space to Waste ~Char’s Zaku Rice and Chinese-style Meatball Plate~ Price: 1,296 yen (tax included)
Red, black, and green. The mobile suit weapon that is representative of the Universal Century. This is a dish where MS-06 Zaku, which is the most famous MS even among other MS, is assembled. How will you attack the large army of Zaku that cover the skies of Loum!?

[Right] In the Back Alley the Eve of Battle ~Tomato & Basil Rice Croquette, Fried Calamari Rings, Dry-cured Ham, Olive & Cheese Pinchos~
Price: 1,080 yen (tax included)
Club Eden the eve of battle before the Loum attack. Will this dish offered at the club be your final meal before leaving this world or will it be a parting gift to the men going off to battle? 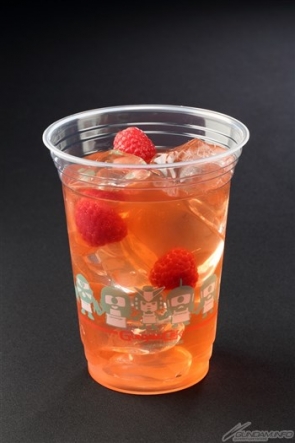 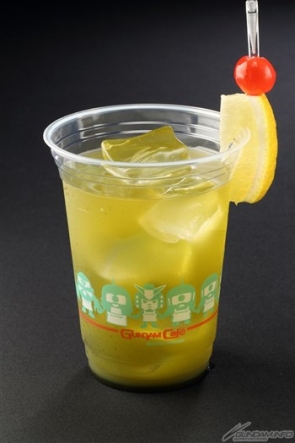 [Left] The Comet That Dashes Across Loum ~Watermelon & Acerola Cherry~ Price: 464 yen (tax included)
Char (aka Casval) has returned to the Zeon Forces as a mobile suit pilot. Where will the Red Comet, with a youthful hot-bloodedness that provokes the Black Tri-stars, who sees him as their rival, and a sensitivity that worries about Artesia’s well-being, wander to?

[Right] The Ogre Weeps ~Chilled Matcha Green Tea~ Price: 464 yen (tax included)
Dozle Zabi, though he is in the Zabi Family’s best military government, is a man that loves his family. His kindness in deeply loving his wife and daughter therefore turns into unwavering resolve that gives rise to further wars in space. 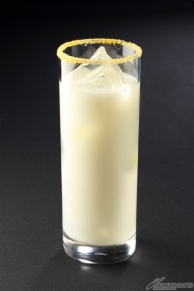 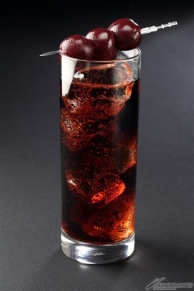 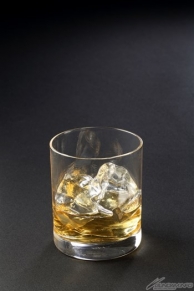 Price: 810 yen (tax included)
The kind-hearted Artesia who aspired to head into the medical field after much sorrow.
However, alarming news and further tragedy brought about by the war-torn world made her take hold of a gun.

[Middle] Black Victory and Glory ~Sangria Cola~ Price: 810 yen (tax included)
The Black Tri-stars before their departure for the frontlines. Well-known for their fame, a being that can stop these soldiers that send shudders through the Federation Forces has yet to emerge in space.
Alcohol Content: ★
※ Carbonated

[Right] The Smoldering Giant ~Laphroaig on the Rocks~ Price: 810 yen (tax included)
Ramba Ral who drinks himself unconscious alone at Club Eden the eve of battle. Although he is concerned about the well-being of his subordinates, tonight, too, he drinks away his irritation at being unable to head off to the battlefield with them along with his restlessness in one bitter cup.
Alcohol Content: ★★★★★ 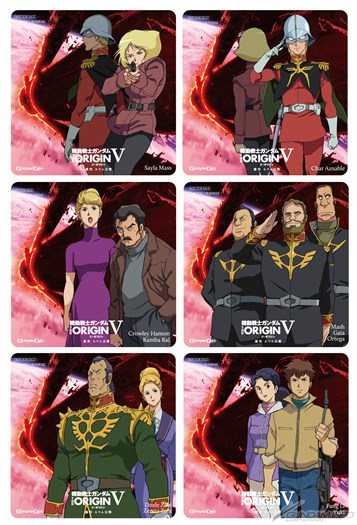 ▲ Customers who order drinks will be presented with one original coaster at random! 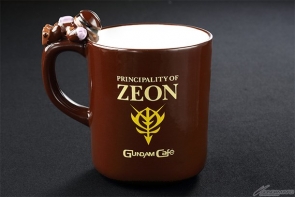 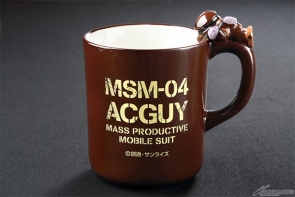 ■ Acguy Mug with Figure Price: 1,296 yen (tax included)
A cute mug with an adorable Acguy peering into its rim.
It is a product that can be used by many generations with a design that consists of the Zeon emblem and its MS model number in a two-tone color of brown and white. 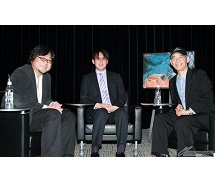 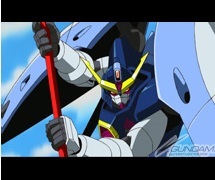