The story follows Serpent Tail leader Gai Murakumo as he encounters his mentor Dante and Elza, a Coordinator Dante trained for combat. Soon, Gai in his Astray Blue Frame Second L and Elza in an Astray Noir specially designed to battle Gai clash.

In the second volume, Gai settles his scores with Dante and Elza. The Blue Frame D, tuned for combat with Dante, makes an appearance for the finale, as do mainstay ASTRAY characters like Rondo Mina Sahaku and Lily Thevalley.
In addition to chapters 7–12, this volume also includes the Astray Noir feature which ran in Gundam Hobby Life 003 and on GUNDAM.INFO as well as a new chapter titled "Elijah Massatsu". See the conclusion to the series, complete with Hironox's beautiful illustrations! 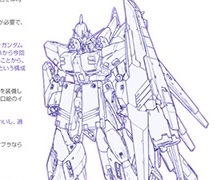