A complete publication on the winning creations and competition entries for the 20th annual Gunpla contest “ALL JAPAN ORA-ZAKU CHAMPIONSHIP!” And a special project for TAMASHII NATIONS’ 10th anniversary!

The 20th Annual ALL JAPAN ORA-ZAKU CHAMPIONSHIP – A Complete Publication of the Winning Creations & Competition Entries!!

The “ALL JAPAN ORA-ZAKU CHAMPIONSHIPS”, Japan’s top Gunpla contest hosted by Hobby Japan, was finally held for the 20th time. This year as well, as much as 1,301 creations were gathered from, of course, Japan, China, Taiwan, and Thailand. The championships received great excitement with contents of serious works.
The judging of this contest is a scoring system carried out by special judges associated with Gunpla and this magazine. Each judge scores the creations that pass the preliminary judging carried out by the editorial department on a basis of 10 points; the creation with the highest total number of points from all the categories is awarded with the grand prize while works that are ranked the top three, excluding the grand prize winner, in each category will be awarded first, second, and third place respectively.
Please patiently look forward to the 20th annual ALL JAPAN ORA-ZAKU CHAMPIONSHIPS feature.

TAMASHII NATIONS’ 10th Anniversary Special Project – To the Past, Present, and Future of ROBOT SPIRITS

ROBOT SPIRITS: high target robot figures manufactured by the technology Bandai has accumulated over many years and the “robot spirit” a.k.a. a robot-loving spirit. As we approach the roots of ROBOT SPRIITS, one of the largest figure series, we’ll try envisioning its present and the coming future. Hints on enjoying ROBOT SPIRITS 100 times more may be hidden among interviews from the history of its creation to new and old development staff members, proposal-based samples, and more.

Miyu Edelfelt is finally being released by the super mighty team consisting of Hobby Japan and Comp-Ace! She, naturally, has white skin and the sleek, independently developed Smooth Skin. Miyu was faithfully recreated with a bottom that just catches your attention from her stomach peeking out from behind the white board in her hand, a modest chest, and more.
The limited-edition product comes with a three-sister stand made in the image of a classroom floor. It is a special stand that can display this release of Miyu together with the previously released Illya and Kuro!
Definitely please welcome Miyu, who we’d like to recommend to all the older brothers out there, to your collection!

Gotcha! That was a fun duel!

Judai Yuki, a duelist that communicates with spirits as the user of the Hero Deck, from Yu-Gi-Oh! Duel Monsters GX is being released as a figure! Judai’s form after he has fused with Yubel has been completely recreated! He also comes with his partner Winged Kuriboh and is meticulously made. Additionally, he comes with face parts in his odd-eye state that occurred when unleashing Yubel’s powers and changeable parts for when he’s in the middle of a duel. His specifications will remind you of an excitement that can be recreated by heated duel scenes!
Don’t forget the feeling of enjoying a duel at any time; don’t miss out on this figure of Judai Yuki! 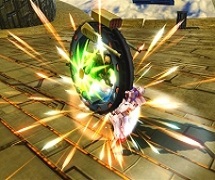 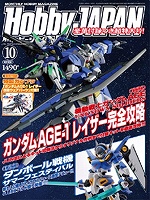