Hidden within the reefs lurks the Chimera's headquarters "The Garden of Thorns". The latest comics chapter 17, now on sale!

Carrying the moon on its shoulders, the giant <Moon Gundam> finally begins! Comics volumes 1 and 2, on sale now!

A shuttle lands at Granada on the moon, and one lone man steps foot on the ground. New chapter Granada! A mysterious Neo Zeon figure related to Scirocco enters the battle!

The dreams that couldn't be achieved. And then prayer. Where is the soul of a person reborn... Episode 0 Final Chapter!

The final episode comes full circle. The feeling of the work changed a lot from "Gundam Build Fighters Try" but the director dedicated to keeping the idea of "I want to keep it a hobby-related work". 25 episodes into the broadcast, we look back and ask about the production of the series. 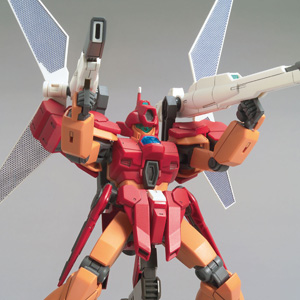