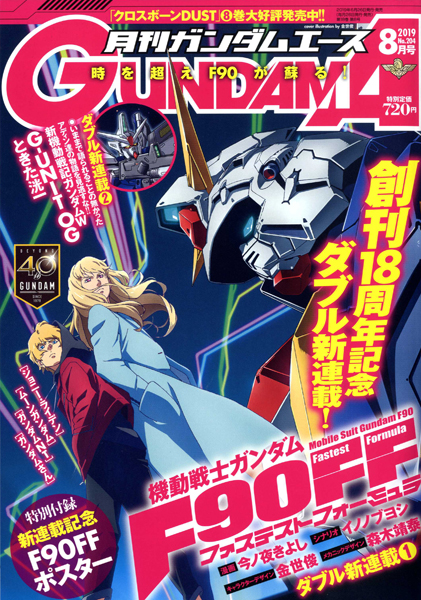 With "Going beyond everything"―― "BEYOND" as the concept, for the "Mobile Suit Gundam 40th Anniversary Project" many events and collaborations are underway such as Theatrical Version "Mobile Suit Gundam" Cinema Concert and GUNDAM 40th FES."LIVE-BEYOND". To commemorate the 40th anniversary, let's experience the various celebrations of Gundam, including video works.

Announced at the 10th anniversary event last year, and in February came the long-awaited premiere. The first stage in the Gundam series, "Stage Version Mobile Suit Gundam 00" has garnered wide attention as a 2.5 dimensionalization of robot anime. Director Seiji Mizushima worked on the anime, how did the dramatization of Gundam as a stage play appear to his eyes? He talks about it while watching the Blu-ray version which will release on July 26, 2019 (Fri).

To allay the feelings of the beheader king ――. The black box opened by Leo. Is that the Pandora's Box from the space warring states era!?

The target is the huge MA!! The "light" that swallows everything――――Solar System II Activate!!!