A postcard book has also been added to the list of theater items! 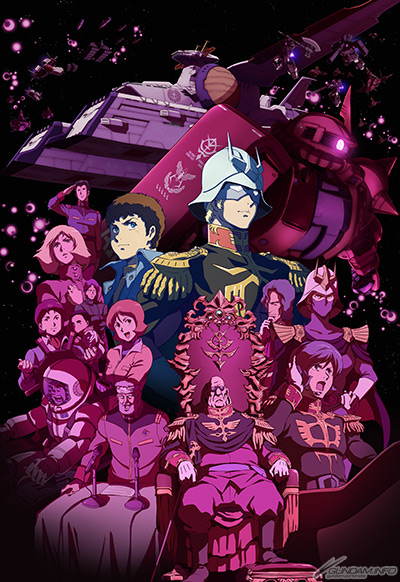 The official website for Mobile Suit Gundam THE ORIGIN: Rise of the Red Comet, which will finally begin screening this weekend, May 5th(Sat, holiday), at 35 theaters nationwide, has been updated with the model sheets for “Char’s Zaku II” and “Zaku II (Denim)”.

A postcard book has also been added to the list of theater items being sold, so be sure to check the list out before visiting the theater.

The Reveal of Additional Mecha!

The official anime website was updated today with mecha that appear in “Rise of the Red Comet” added to the website. You can also take a look at their specs on the official website, so be sure try accessing the website yourself. 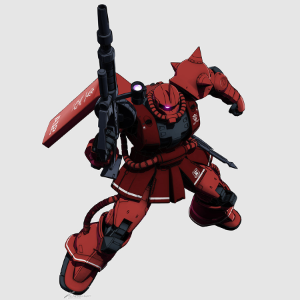 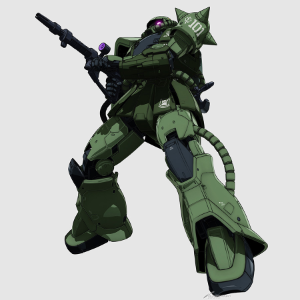 A Zaku II customized for Char Aznable that he has used since the Battle of Loum. Char was promoted to lieutenant commander due to his role in the Battle of Loum. Appointed by Vice Admiral Dozle with the special mission of tracking the V Project, a mobile suit development project by the Earth Federation Forces, he became the commanding officer of the private Musai-class light cruiser Falmer. As a result of Char’s Zaku II also becoming the commanding unit onboard the Falmer, its markings have also been altered. It has been inscribed with an emblem on its waist signifying its affiliation to the Falmer Corps, a white line that runs through its body representing its status as the commanding unit, and a personal mark on its left shoulder and shield, giving it a dignified appearance different from its appearance during the Battle of Loum.

The suit piloted by Master Sergeant Denim, a junior commander of the mobile suit corps affiliated with the Falmer Corps under Char’s command. The Zaku II units deployed to Char’s troops after receiving his special mission are also made with special specifications. The Zaku II affiliated with the Falmer Corps, which include Denim’s suit, is a suit called the C-6 Type that has been produced in limited quantity and falls in between the C Type, an early production type manufactured for the outbreak of the One Year War, and the F Type, the version that became the definitive type mass produced after the war. The shape of C-6’s chest armor was altered from the C Type and is a suit that has reinforced armor and armaments thanks to Vulcans that have been placed in its chest. It is also additionally equipped with the “R6 Kit”, two multi-mount machine guns built into its arms and acts as an additional armor (for that reason, its model number is written as MS-06C-6/R6). An emblem signifying its affiliation with the Falmer Corps is inscribed onto its leg.

A Postcard Book Added to the Theater Items!

Theater-only items will be sold at screening theaters throughout the country while some of the items will also be sold through the movie and anime goods shop Froovie. This is an easy way to obtain these products, so definitely be sure to get your hands on these limited-edition items!

For details on theater items aside from the postcard book, please read this article.

※These products will be sold at screening theaters nationwide. (excluding a portion of the theaters and products)

※The quantity of products is limited. Please accept our apologies if a product sells out.

※The products published in this article are of reference products. Colors and shapes may vary with the actual product. 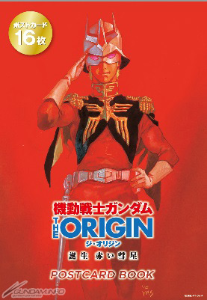