"What is 'Gundam', anyway?" This simple (?) question is answered in our thirty-seventh casual weekly column just for new fans!

What gazes up from the depths? A super-simple intro column for new Gundam fans!
We're back with Part 37 of what makes Gundam Gundam.

One of the best things about Gundam is its array of amazing mobile suits—some particularly useful examples even transform into different modes!


[Part 1]
The makers of transformable mobile suits are... quirky, to say the least!

Last week, we introduced transformable mobile suits, which can shift between humanoid and non-humanoids forms.

Transformable suits, which can be a Gundam one moment and something completely different (← almost bestial?) the next, are well-suited to both combat and movement. 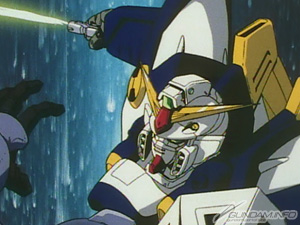 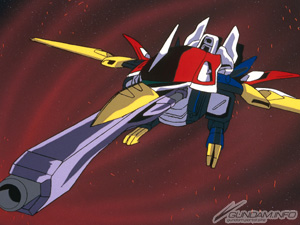 Our first topic today is at one of the iconic transformable mobile suits: the Wing Gundam. ( New Mobile Report Gundam Wing) Designated XXXG-01W, it stands 16.3m high at the head and weighs in at 7.1 tons.

The first Gundam to appear in Gundam Wing's After Colony timeline, it was constructed in the L1 colony cluster based on Wing Gundam Zero's plans.

Doctor J, who raised protagonist Heero Yuy to be just as slightly off as he is, also created a transformable mobile suit: the Wing Gundam.
While Doctor J may have gotten carried away with himself with the Wing Gundam Zero, as its design ignores cost, practicality, and even (← potentially lethal!) risks to the pilot in favor of raw performance, the Wing Gundam is a more practical design which strikes a balance while also omitting the dangerous Zero System.

Probably its most significant feature is is ability to transform into a high-speed "Bird Mode". This form, using the wing units attached to its backpack, allows for high-mobility maneuvers impressive in their own right.

However... Heero doesn't seem as appreciative, given his propensity for blowing it up. It's nice that Heero's well-trained in combat, but at the same time, couldn't Doctor J have taught him to take good care of his toys? 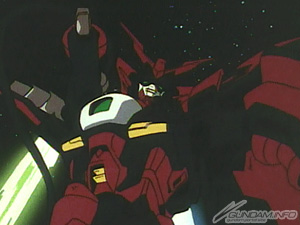 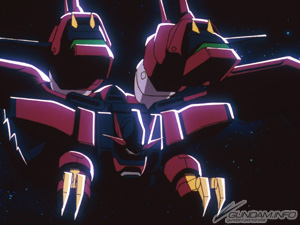 Our next transforming MS is the Gundam Epyon, developed by a faction of the secret military organization OZ. ( New Mobile Report Gundam Wing) Designated OZ-13MS, it stands 17.5m high at the head and weighs in at 8.5 tons.

Secretly developed by order of former OZ commander Treize Khushrenada based on data from the five Gundams, it transforms from an MA resembling a twin-headed dragon to an MS form which combines might and elan. However, its extremely fundamentalist approach to combat, wielding only a beam sword and a heat rod, almost leaves something lacking.

However, this "Let's settle this with our fists! A real man doesn't need a gun!" approach (← ell, close at least) fits Trieze's ideals of chivalry to a tee.
Trieze, who loves fighting as much as he hates war, is a conflicted individual, and his disparate passions are reflected in the Epyon's design.

On the other hand, he then proceeds to entrust it, not to the determined and honor-focused Chang Wufei (one of the five Gundam pilots), but to a boy like Heero who personal catchphrase is "I'll kill you".
Anyway, with power and mobility comparable only to the Wing Gundam, a complete lack of ranged weaponry (rifles or even vulcans!), and a special interface similar to, and just as hazardous as, the Zero System, this is definitely not an MS suitable for your average pilot. I get the idea of chivalry and everything, but maybe, just maybe, try to build something useful too? (← Oh, who am I kidding, that just makes it even better!)

The Epyon ends up being a bit too much even for Heero, and eventually it ends up being used by his rival Zechs Merquise. Apparently, neither Heero nor his onetime friend Zechs truly understood the sublime beauty of Treize's ideals. Don't worry, Trieze. It's okay to cry.

In both Trieze's Gundam Epyon and Doctor J's Wing Gundam, their creators' personalities and internal conflicts shine through.

And with that, we've completed our second look at transformable mobile suits!