"What is 'Gundam', anyway?" This simple (?) question is answered in our seventh casual weekly column just for new fans!

Here we are making it rain with a 7th super-simple column for new Gundam fans!

Part 1 was Gundam faces and coloring, and then part 2 was masked men and Haro. Part 3 was all about the Universal Century, part 4 was mobile suits, part 5 took on MSVs, and part 6 covered the "Zaku" and "GM", but this week we've got one more really iconic piece of Gundam. 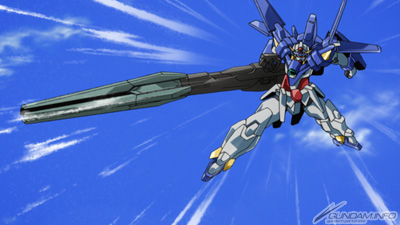 This week we're talking about the new trend where Gundams, or at least the main character's Gundam, can "swap" their "equipment".
I know it seems like I'm setting up a pop quiz when I throw around new words like that, but don't worry.

Just think of it this way: if you're driving in the snow, you might "swap" on new "equipment" by putting chains on your tires, right?
So if you want to upgrade your mobile suit's performance, why not tune it up with new parts rather than trading it in for a whole new suit?

I mean, it makes perfect sense. Mobile suits may be weapons, but they're also vehicles.

However, each Gundam series has its own unique way of handling its equipment swaps.


Part 2
What makes a Gundam SEED or Gundam SEED DESTINY Gundam? Parts swapping based on the situation! 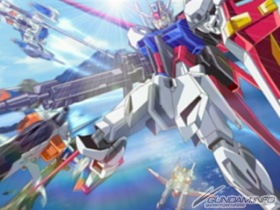 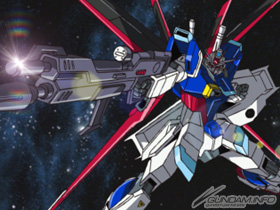 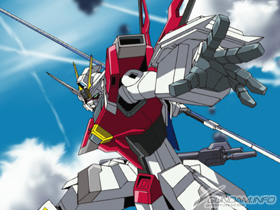 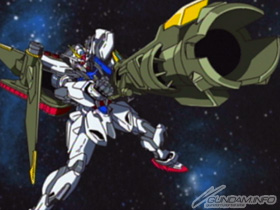 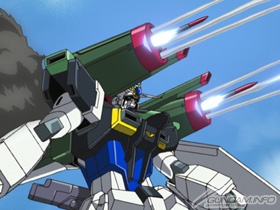 These two series also feature mobile suits which change their capabilities in response to the tactical situation with surface- or space-use parts.

On the other hand, Gundam AGE's Gundams come in a wider range op types.

The Gundam AGE-1 Normal from Flit's arc had powerful AGE-1 Titus and speedy AGE-1 Spallow versions, but the "Wears" the AGE System spontaneously evolves provide other specializations as well.

The Gundam AGE-2 from Asemu's arc began as the transforming fighter AGE-2 Normal but could also become the AGE-2 Double Bullet, designed to take on multiple foes at once. Kio's arc included the combining, transforming Gundam AGE-3 Normal; the AGE-3 Fortress, mobile artillery capable of covering lots of ground quickly; and the AGE-3 Orbital, focused on maximum mobility and speed in space.

Recent Gundam series like Gundam SEED, Gundam SEED DESTINY, and Mobile Suit Gundam AGE are distinguished by the protagonist's ability to use the same base mobile suit while swapping out equipment.

Anyway! How swapping parts works is different for each series! That's another one of the fascinating things about Gundam!


Part 4
What makes a Gundam? Really, ever since Victory Gundam, parts swapping! 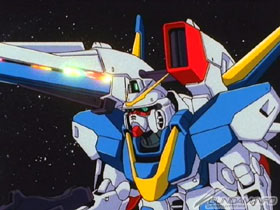 Actually, I've changed my mind. You know how I said parts swapping was a new trend?
I lied! (gasp) It's really been a thing since Mobile Suit Victory Gundam.