"What is 'Gundam', anyway?" This simple (?) question is answered in our sixth casual weekly column just for new fans!

Some say we're noobing it up, but here we are with a 6th super-simple column for new Gundam fans!

Part 1 was Gundam faces and coloring, and then part 2 was masked men and Haro. Part 3 was all about the Universal Century, part 4 was mobile suits, part 5 took on MSVs, but this week we've got one more really iconic piece of Gundam.


Part 1
What makes a Gundam? Most shows have mobile suits like the "GM" and "Zaku"! 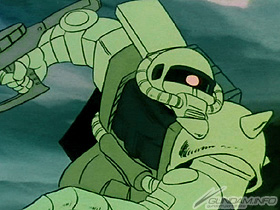 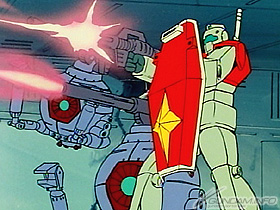 Now please, please, I know that some of you heard "GM" and "Zaku" and are already typing "So-and-so GM was totally the best!" or "This-or-that Zaku is simply the only one which counts!", but cool it for a minute. Right now, we're explaining just what the "GM" and "Zaku", vital parts of Gundam, are.


A veritable rainbow of mobile suits appear across the many Gundam series. Apart from Gundams, there are two famous types which appear in almost every series: The "GM" and the "Zaku" (or at least close equivalents.)

Just like Gundams, their names and designs differ in each series—but if you expect mobile suits like these to show up, you'll be pleasantly unsurprised.

But why is it always these two? Well...
To find out, we need to see what lead to these two mobile suits' creation.


Part 2
What makes a Gundam? Mass-produced "GMs" and "Zakus"! 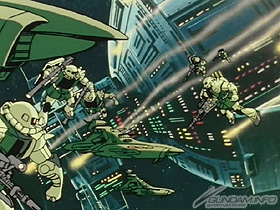 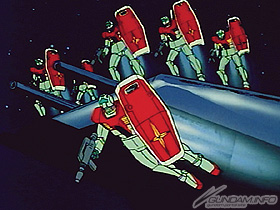 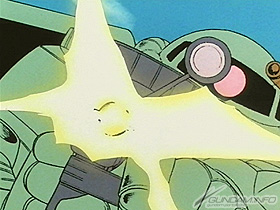 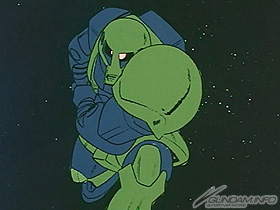 Now, most of you have probably heard the term "mass-produced", but I'd bet Gundam is the first time you've heard it applied to something in anime.
First and foremost (?) among mass-produced mobile suits is the Zaku, fielded by Zeon in their war against the Federation.
On the other hand, the "GM" is the Federation's mass-produced suit that fights alongside the Gundam. This means the GM and Zaku form the bulk of Federation and Zeon forces, respectively.

Also, while you'll probably hear the name "Zaku" more often in Gundam than any other mobile suits than the Gundam's itself, the first Mobile Suit Gundam series featured both the Zaku I and the Zaku II.
The Zaku I, nicknamed the "old Zaku", was distinguished by its simplistic (!?) design. The Zaku II, the backbone of Zeon's forces, was known simply as the "Zaku" due to its numbers. Compared to the Zaku I it has "hoses" around its neck and a rugged, angular body.
If you've ever managed to get your hands on some of that tofu before it sells out, that's the Zaku II. (laughs)
On the other hand, there's plenty of die-hard Zaku I fans who'll tell you that just because the Zaku II's newer and more popular doesn't mean it's better. That's one of the fascinating things about Gundam.


Part 3
What makes a Gundam? Ace custom and special variant "GMs" and "Zakus"! 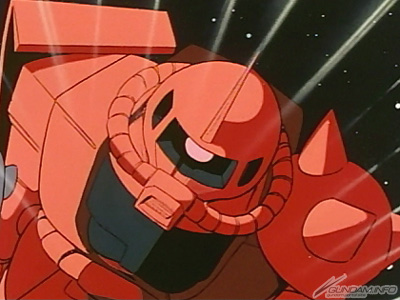 Now, I touched on this a little before, but both the GM and Zaku have their almost-MSV-like versions which cut impressive swathes through their respective shows. For GMs there's the GM Sniper Custom and GM Cannon. Zakus have the Zaku Tank, Zaku Desert Type, and more. There's really so many that it's impossible to count.

With so many custom versions and variations, is it really any wonder that GM and Zaku variants are second only to Gundams not just in TV appearances, but in kits and toys?
Everyone knows the famous Char Custom Zaku, right? It's a great example of what custom suits can be like. Not only is it awesome, its status as a commander's mobile suit gets it a special "horn" (?) and it has a unique color scheme.


Part 4
What makes a Gundam? The "GMs" and "Zakus" create a whole different way of enjoying the show!

Mass-produced mobile suits such as Victory Gundam's Jamesgun (GM) and Zoloat (Zaku) filling their respective roles are a fundamental part of U.C. Gundam, but similar mobile suits also appear in other series. For example, Gundam AGE has its Genoace (GM) and Gafran (Zaku).

In the end, the "GM" and "Zaku" are second only to the Gundam in importance (?), and bring their own unique appeal to the series.
Big, powerful mobile suits get a lot of attention, but you can enjoy Gundam by following the mass-production grunts' evolution and variations too.