"What is 'Gundam', anyway?" This simple (?) question is answered in a fourth casual weekly column just for new fans!


We're back with your fourth super-simple column for new Gundam fans, even though they tried to tie us up and throw us in the closet!

In part 1 we covered Gundam faces and coloring, part 2 was devoted to masked men and Haro. Our third part was all about the Universal Century, but today our topic is one other thing you absolutely can't have Gundam without.


Part 1
What makes a Gundam? Mobile suits, in action! 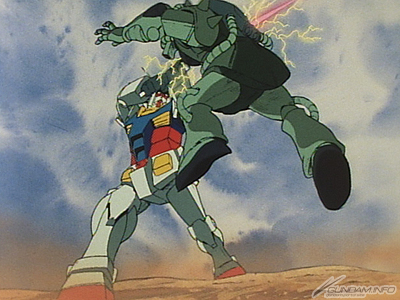 The phrase "mobile suit" is one of the most commonly-heard terms in Gundam.
If you're not even sure what you just heard, don't worry, because this week we'll be running down the basics of these "mobile suits" that are so vital to the world of Gundam. 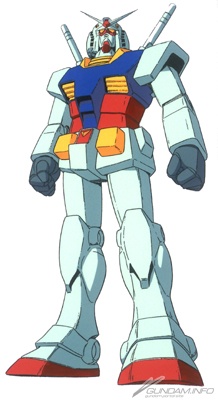 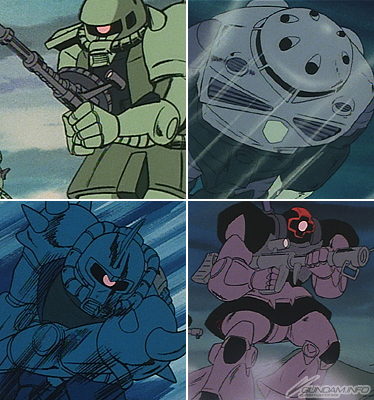 First off, for people who thought a Gundam was a kind of robot in itself: a Gundam is a type of "mobile suit", which is a weapon that's appeared in every single Gundam series.

I suppose you can think of them as a "robot" big enough to ride in, but to be specific "mobile suits" are a vehicle, typically humanoid and two-legged, with a pilot.


Part 2
What makes a Gundam? There are non-mobile suit vehicles too! 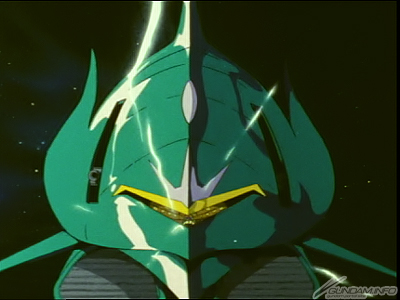 Here, we get to the meat of the problem!  Of course the Gundam at the center of every show is a mobile suit, but not everything in the show is!

Looking at this picture of different military robots that have appeared in different Gundam series, can you split them into two categories? Of course!

Category 1 is "mobile suits".
Like I said earlier, they're fairly close to human-shaped. The "Gundam" and "Zaku" are still great examples. These tend to be 18 meters or 60 feet, ten times a man's height.

Category 2 is "mobile armors".
How do you tell the diffence? Mobile armors are huge!  Humongous!
They look just like armor! (Well, at least in my opinion.)
Another difference is that many mobile armors aren't humanoid.
They tower over mobile suits at 25 meters or 80 feet, if not bigger. 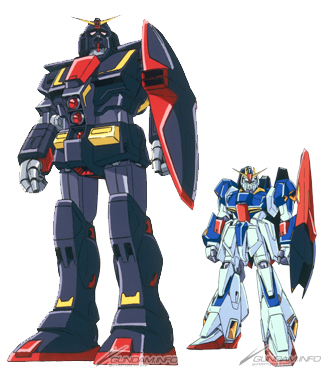 There's a few mobile armors that stick out from the others, too.
"Mobile dolls" are controlled remotely rather than piloted.
They're basically used as unmanned drone mobile suits.
"Mobile standards" are made for industry rather than war. And there are even things like "mobile horses" as we descend deeper down the rabbit hole.

Anyway, if you're trying to tell the difference between mobile suits and mobile armors,

○ How big is it?
and
○ Is it humanoid?

are good places to stars, but really...
There's no clear line.

(All: What!?)  To be completely precise, each Gundam show makes its own distinctions.
Since mobile suits and mobile armors are normally treated as weapons of war, maybe even vehicles, maybe we can split them up by displacement and size? Require a MADL for mobile armors?

Really, Gundam was the first robot anime to treat its robots as mass-produced machines, like military aircraft or automobiles, rather than treating the lead robot as the star of the show.


Part 3
What makes a Gundam? Each mobile suit has its own appeal! 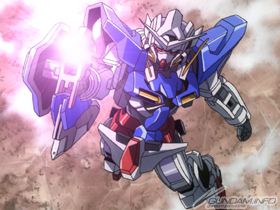 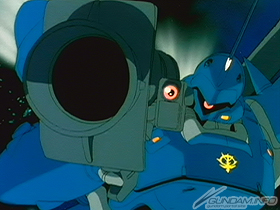 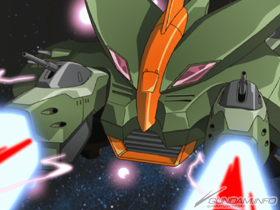 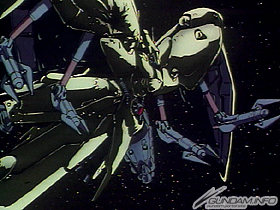 What makes a mobile suit popular? What's so appealing? It's a pretty deep subject, but in general, everyone had their own answer. Especially for TV shows, lists of favorites tend to change between the first preview shots and the end of the show, too.


The protagonist's MS is always popular before the show even goes on air (being flashy doesn't hurt either), but there's a lot that are ignored at first and only become popular later too.
It isn't just about visual design, it's what they do in the show that matters, what kind of emotions they inspire, and what role they play that determines their popularity.


Lately, it's been wonderful to watch how the suits from Mobile Suit Gundam SEED are even more popular than ever between the old fans looking back with a decade of nostalgia and the new fans just discovering what they have to offer.

* The "Psyco Gundam" is a transforming prototype mobile armor developed especially for Newtypes.