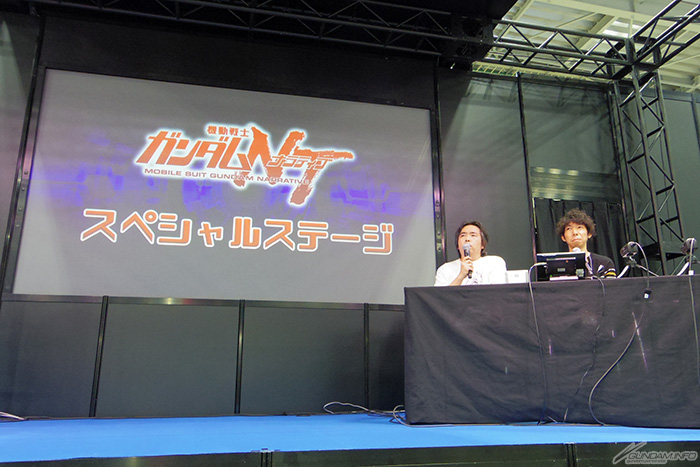 27 years have passed since "Mobile Suit Gundam F91" was released in theaters, and "Gundam NT" will be the first Universal Century series theatrical movie since then. The story is wholely contained within the movie itself. You won't need to say "Let's wait until most of it is out already", please see it in theaters as soon as it comes out on November 30 (Sat.) 2018.

Regarding the production itself, the first 20 minutes will be screened at the "Mobile Suit Gundam NT Pre-Screening Event ~PRELUDE TO NARRATIVE~" on October 16, 2018 (Tue.).

For more information regarding the pre-screening event, please see this article here. 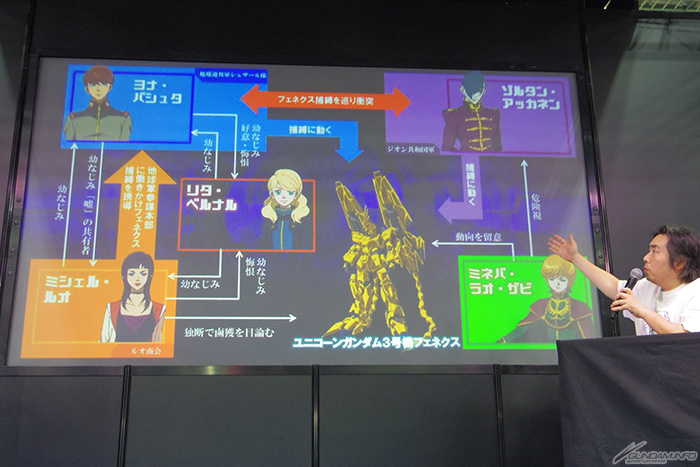 The stage began with an introduction of characters.

The protagonist Jona Basta is not the usual teenager of the Gundam series, but a regular soldier like Kou Uraki from "Mobile Suit Gundam 008 STARDUST MEMORY".

Information such as the Michele Luio of Luio & Co. who supports Jona is the sister not related by blood to "Mobile Suit Z Gundam" Stephanie Luio was revealed to Gundam fans.

Additionally, though she appears as an attractive girl, Rita Bernal is the pilot of the mobile suit "Unicorn Gundam 03 Phenex", which is the key to this work. A dropout from Char's other plot, Zoltan Akkanen's introduction is the one that can be most enjoyed.

This work is set in U.C. 0097, one year after "Mobile Suit Gundam UC", which Mr. Fukui and Producer Ogata worked on as well. In addition to new characters, Martha Vist and Mineva Lao Zabi also appear. We look forward to what they will do.

Next they talked about the story we wanted to know more about.

It is said that the main story of this work is about everyone pursuing the Phenex. As seen in the climax of "Gundam UC", powers close to divine are given to Unicorn Gundam, and various factions take notice. Units 01 and 02 are sealed away, an uncontrollable accident occurs and Unit 03 goes missing. An all-out struggle to find it unfolds.

At first the plan was to animate the short story "Phoenix Hunt", but starting from a desire to create a new film, they kept some names, and created a completely new story based on parts from the old. 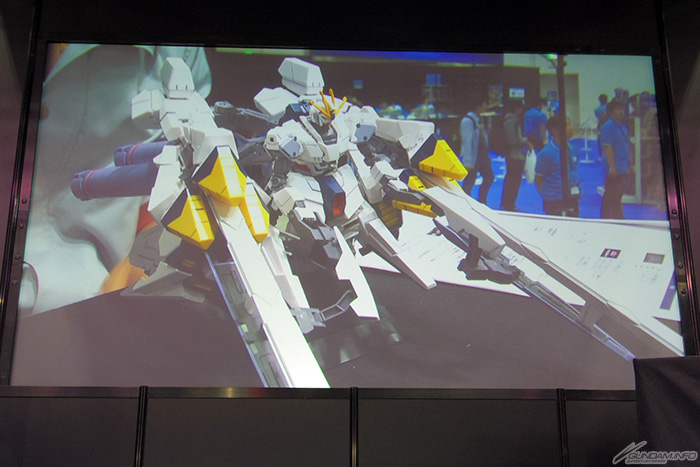 When the talk proceeded to the subject of mecha, Mr. Fukuda of BANDAI SPIRITS Hobby Division also appeared. He introduced the mobile suits that will appear with talk of gunpla as well.

The protagonist's Narrative Gundam is equipped with A~C packs, and the largest one is "A-Packs".

In Gundam series up to now, it was customary to keep adding new and additional armaments to the main body, this work employs the reverse concept. It doesn't become weaker because it gets smaller, it changes equipment to match the necessary strategy.

Gunpla were created with great spirit, and from the largest items, to the smallest details like the opening hatch on a missile pod gimmick, they spoke with great enthusiasm.

Beginning with the Gustav Karl gunpla, a large series of gunpla are planned to be created one after the other. 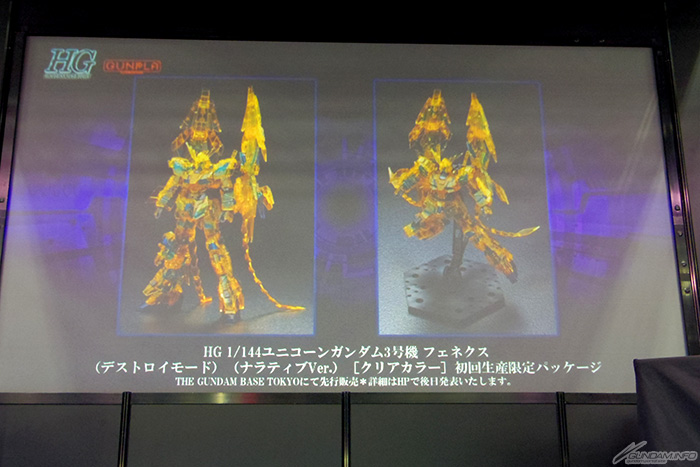 The packaging will be the key visual image for the "HG 1/44 Unicorn Gundam 03 Phenex (Destroy Mode) (Narrative Ver.) [Clear Color] First Run Limited Edition" and will be sold at movie theaters and Gundam Base Tokyo. It was also announced that "Mobile Suit Gundam NT World" would also be held at Gundam Base Tokyo.

Details will be announced at a later time so please look forward to it.

Finally, the two guests made their final comments, and the stage ended with great success.

I would like to continue making more and more of the Gundam series as theatrical works. First, please go see "Gundam NT" in theaters.

"Gundam NT" goes over the history of Gundam, and someone who's never seen any Gundam before can watch this movie. I will tell you that the tagline of "The Destination of the Newtype Myth" is not without meaning. 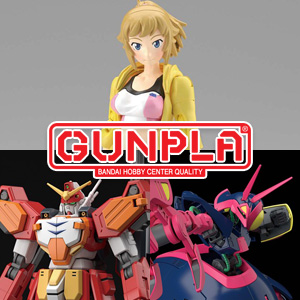 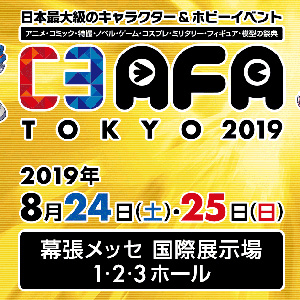 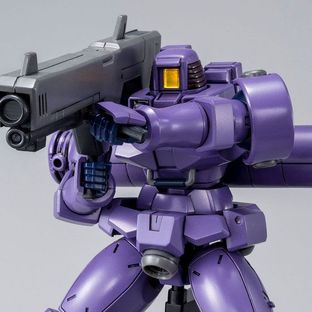 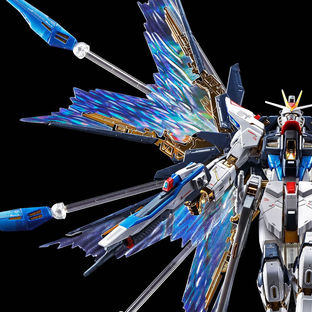 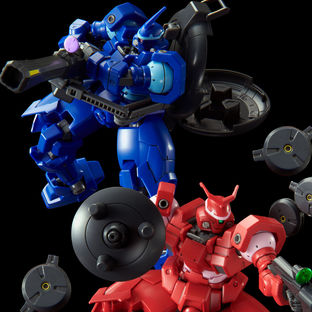 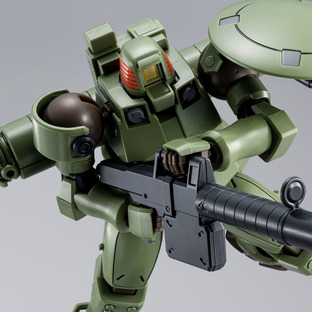