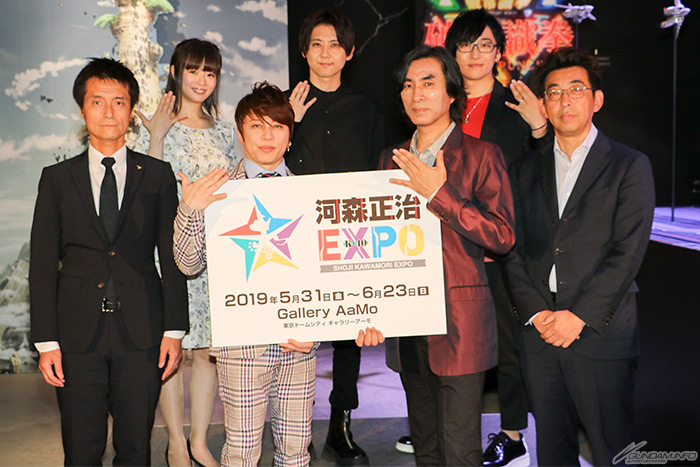 At this exhibition, displays about the genius Shoji Kawamori and the anime he has created, directed, wrote for, made storyboards, and worked on mechanical design for, with hundreds of design drawings, storyboards, and idea notes are viewable by the public, and his creative view of the world is expressed in a new video.

On the premiere date of May 31, 2019 (Fri), talk sessions and previews for the media were held. The support ambassador artist Takanori Nishikawa, voice actor Takuma Terashima, and Yuki Kaji graced the event's opening. The talented Chiaki Kyan also appeared, and talked about the highlights of this exhibition with great passion.

Let's continue with the event report.

Guests Talk About the Attraction of Kawamori's Works! Talk Session 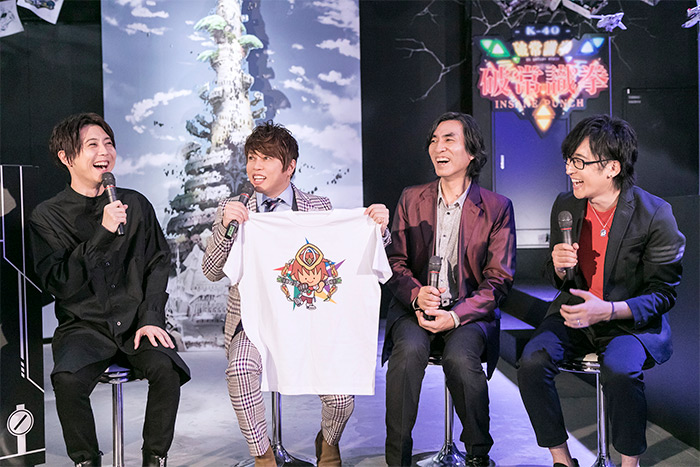 Mr. Kawamori, while preparing for the exhibition, realized that there were so many people involved in helping support the event. He said, "So many staff are involved, and of course the fans themselves make the event possible." And "Anime is not created by any one single person, it is a group creation. The name of this exhibition is "EXPO", with the meaning that it is a festival everyone can participate in." reveals how thought was put into the event's naming.

Mr. Terashima said of Kawamori's work "Genesis of Aquarion", when he made his anime debut, "There was a lot of serious work put into it" and looks back upon it with a smile. He commented that there are so many things to see in the exhibition, that it might not be possible to do it all in one day. Kawamori's broad insights and intense curiousity of the appeal of humanity is reflected in the works. "It's an exhibition with various attractive parts," he said with eyes shining.

Mr. Kaji, before he started his career as an anime voice actor, said he sand "Genesis of Aquarion" while riding a roller coaster with Mr. Terashima for a variety program, and said while looking through the exhibition reminisced about that time and his tension rose. He said of the attractiveness of Kawamori's work, "It always has the pioneering spirit of challenging to do new things," and said the exhibition is like "a dream of entering Kawamori's head."

Mr. Nishikawa, while producing the 10th anniversary album of T.M.Revolution's debut, said he heard from Yoko Kanno "Mr. Kawamori is very enthusiastic." And said of the exhibition, "I can't stop looking around. Maybe people won't be able to leave? It's a trap, a trap," and had a unique compliment. 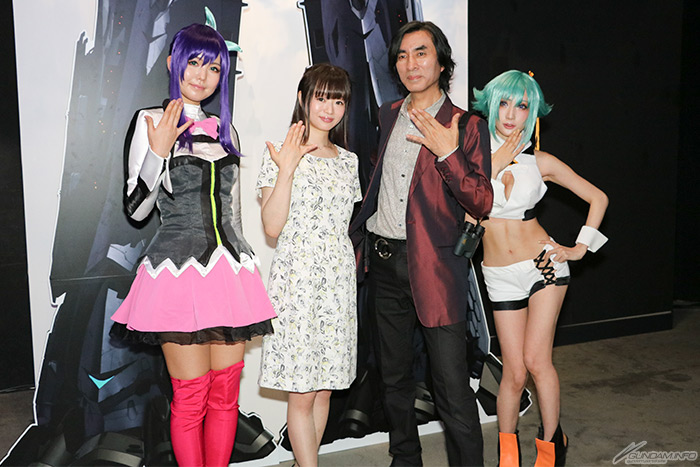 After the talk session, an exhibition commentary involving Kawamori and the talented Chiaki Kyan occured. They spoke passionately about their own viewpoints.

Kawamori's mission for the exhibition involved explaining how an idea is born, brushing it up, and communicating the production process and way of thinking. From concept notes and messages to the composer when formulating music, rough design drawings, and even statues in the main pavilion, there is an enormous range of content in the exhibition as a whole. 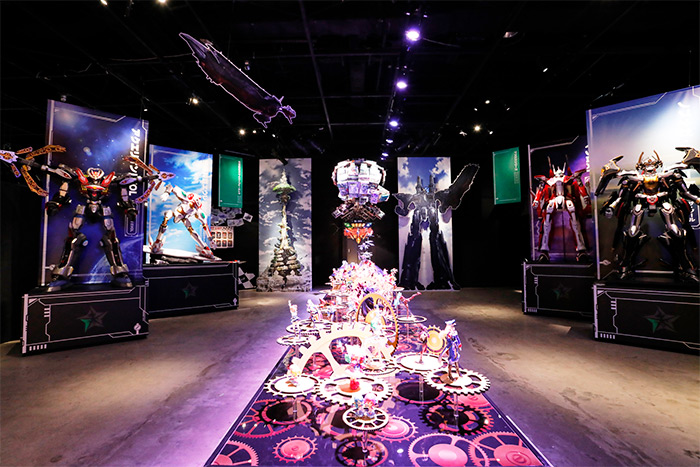 Regarding the "K-40 Theater", which is a highlight of the exhibition, "It was my desire to do the dome theater for 30 years," he said. You can immerse yourself in the world of works, you can't see it all in just one viewing, this is exclusive exhibition content you shouldn't miss. 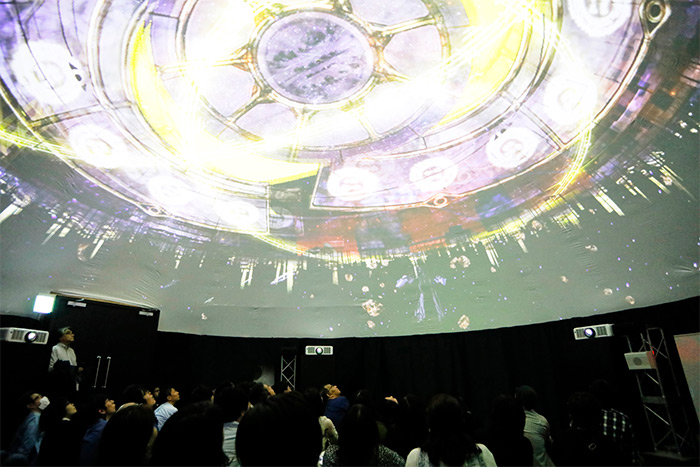 The exhibition has many of Kawamori's works, and tries to show as many cuts as possible, as well as parts that have been changed from the finished version. At the Creative Pavilion, illustrations from the "Gundam Century" books, and plans with director Yoshiyuki Tomino for "Asteroid One", as well as spacecraft design drawings for "Cowboy Bebop" that did not make it into the anime are on display. Also, for "Mobile Suit Gundam 0083", "Vision of Unit 3" is also scheduled to appear later in the exhibition. His message is "Don't be afraid no matter how often you fail, the process to continue trying and not give up is shown. I want to convey this to people who want to be creators too." 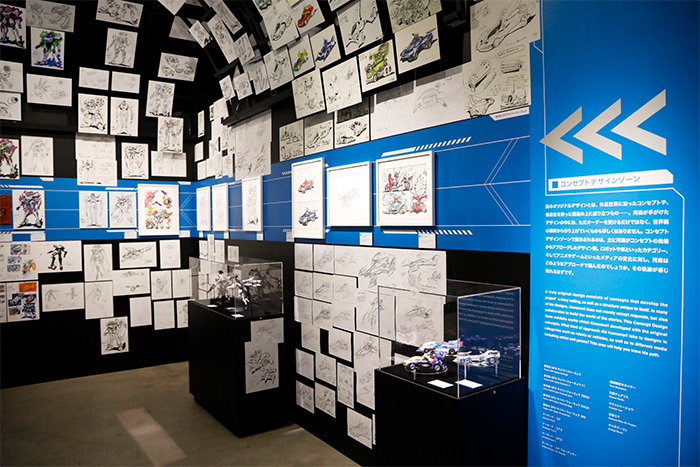 At the Inspiration Pavilion, Kawamori's personal and work histories are exhibited. During his elementary school days, he visited the world expo (EXPO'70) and saw cultures from many different countries, and that became part of his own personal experience, and along with reproductions of firework rockets he experimented with during his student days, photos are also on display when he visited countries such as China while idea hunting. 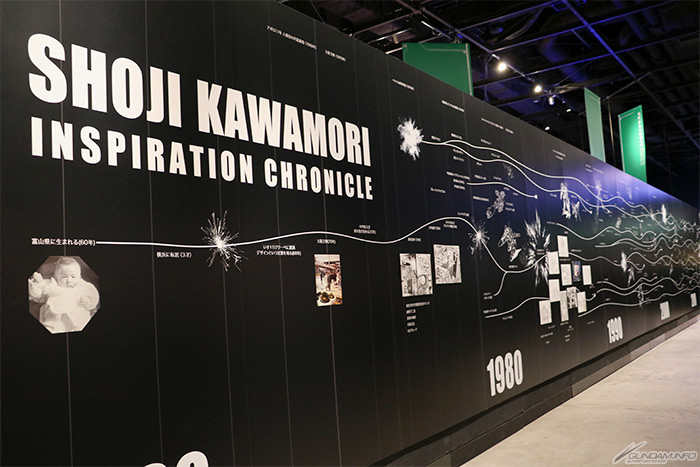 At the final zone of the exhibition called Future Pavilion, there is an introduction of Kawamori's plans for now and the future. Within the pavilion is a part that only has the words "COMING SOON" on it. It will be announced gradually during the exhibition, so those who are interested let's visit often. 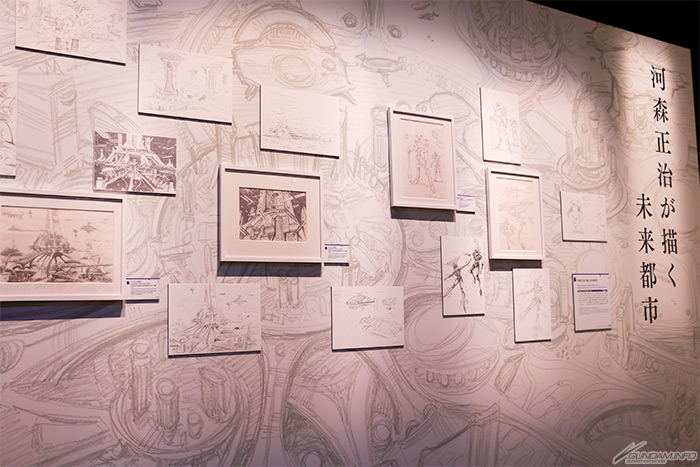 Finally, Kyan looks back upon the exhibition and says excitedly, "You can't miss 1 millimeter of the K-40 Theater, and when you look at the displays you have to think Kawamori is a guy from the future!"

Finally, Kawamori said freely, "I have been able to do this for 40 years thanks to you, the fans. I want you thank you on behalf of the large number of staff. I have been very curious since birth, born in the heart of the mountains of Toyama, went to Yokohama and had a deculture experience. Since then I want to deliver a fresh deculture experience to all."

The "Shoji Kawamori EXPO" exhibition will be held at the Tokyo Dome City Gallery AaMo until June 23, 2019 (Sun). The venue shop will have limited edition items and goods from various works, so don't miss this either. 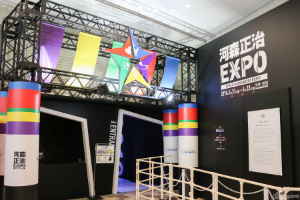 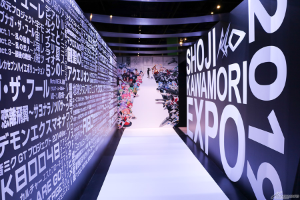 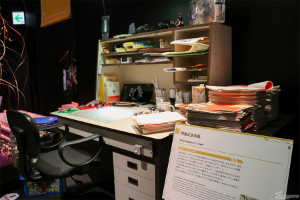 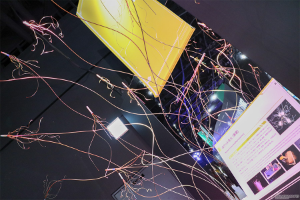 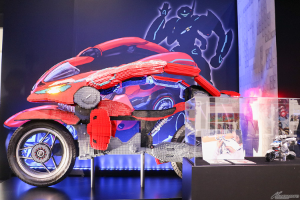 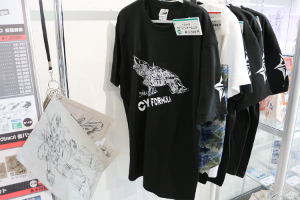 ※Ticket types available depend on place sold at. 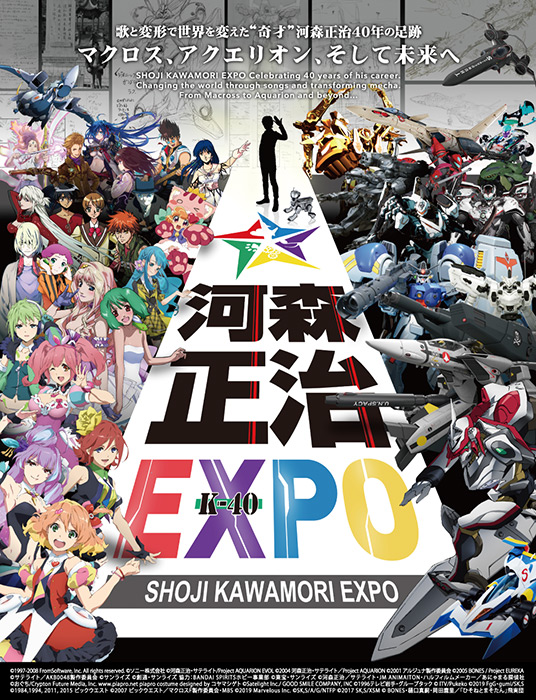 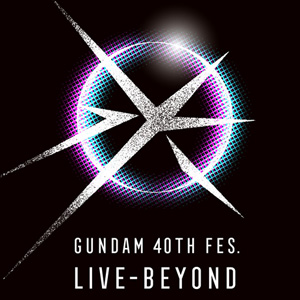 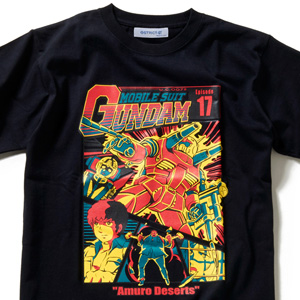 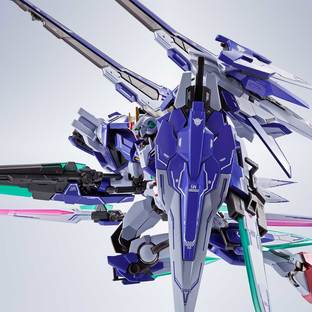