Special projects at THE GUNDAM BASE TOKYO and the Life-Sized Unicorn Gundam Statue will also be held at the same time! 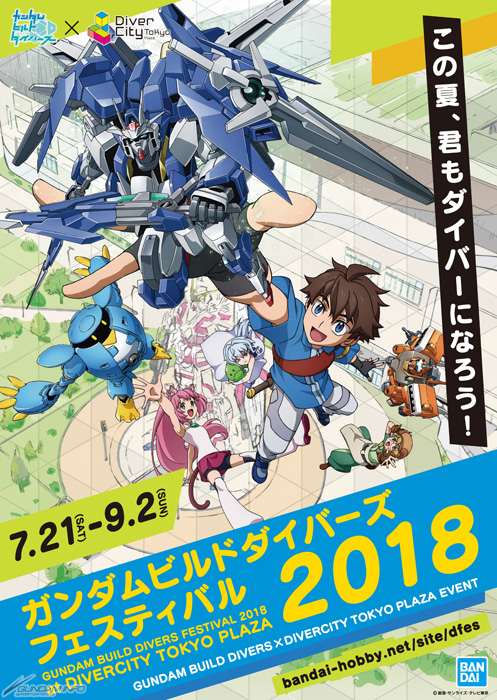 “Gundam Build Divers Festival 2018” (Gundam Divers Festa) is an event centered around Gundam Build Divers, a popular series currently airing every Tuesday, that will share and spread the charms of Gundam and Gunpla. The event is set to be held inside DiverCity Tokyo Plaza in Odaiba, Tokyo starting from July 21st(Sat).

Furthermore, THE GUNDAM BASE TOKYO’s 1stanniversary project and a special Life-Sized Unicorn Gundam Statue project will also be held at the same time, so we’ll introduce them together with the event.

Different Projects and Displays On Every Floor!

Varying Gundam Build Diversprojects and displays will be held on every floor inside DiverCity Tokyo Plaza. In addition to ornamental designs on the pillars, entrances, and elevators, there will also be photo spots with character panels installed into every passageway on the first, second (GUNDAM Café), third, and fourth floors. You can also enjoy the world of Gundam while walking through the mall with displays like Gundam product displays in the fourth floor passageways.

The Gunpla “1/1 Scale Gundam Head” will also appear on the large steps of the Festival Plaza. 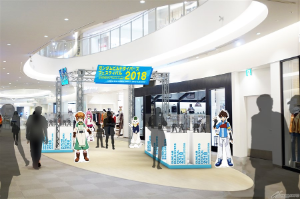 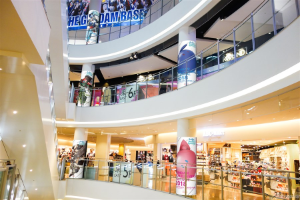 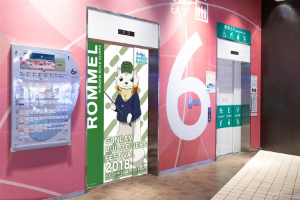 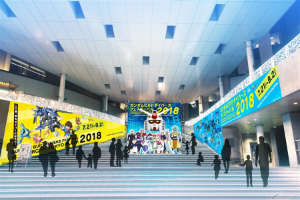 Stamp rally tables will be set up on every floor of the mall. A “Gundam 00 Sky” deluxe pin badge will be presented as a prize to those that have collected all of the stamps.

Additionally, a Gunpla quiz will be prepared at each stamp rally table. You will be presented with an original sticker when you answer the quizzes and collect the keywords. Be sure to enjoy this part of the rally, too!

※The deluxe pin badge will have a limited quantity per day.

※Postcards will be distributed instead once the deluxe pin badge has run out of stock. 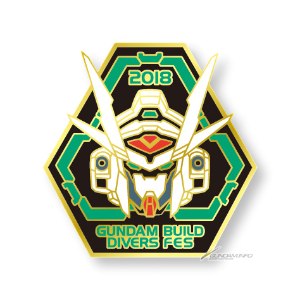 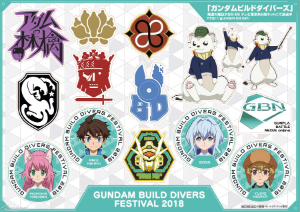 A Gunpla building class will be held for a limited time starting from August 11th(Sat) at the Festival Plaza where the Life-Sized Unicorn Gundam Statue is found.

Participants will be presented with the Gunpla they’ve built, a “Unicorn Gundam Head (Clear Glitter Ver.)”, and a THE GUNDAM BASE sticker, so definitely be sure to participate.

※The event will be held side-by-side with the Gunpla building class inside THE GUNDAM BASE TOKYO.

※Details on how to participant, class times, and more will gradually be announced on the official website.

Collab Projects Held At The Food Court and GUNDAM Café!

The paper cups on the second floor Food Court will have an original Gundam Divers Festa design during the event.

※There will be a limited quantity per day. The cups will no longer be given out once the fixed amount is gone.

A special Gundam Build Divers menu will begin being served at the GUNDAM Café on the second floor. Definitely be sure to enjoy the character and MS collaboration drinks and food.

Details on the event will be partially introduced on the Gundam Build Divers Special Program (Tentative). The program is scheduled to air at 5:55pm on July 24th(Tues), so be sure to look forward to further information.

※The content and name of the program will be announced at a later date. 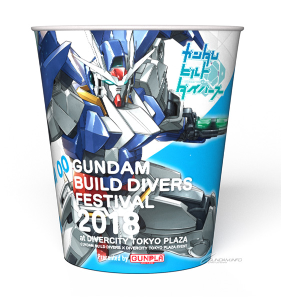 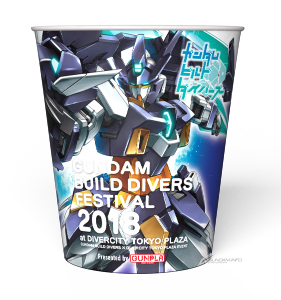 THE GUNDAM BASE TOKYO, Japan’s first domestic Gunpla-focused center, will celebrate its 1stanniversary since opening during the event and will hold various 1st anniversary projects.

A part of the Future Gunpla Research being conducted by the BANDAI SPIRITS Hobby Department will be revealed as a special project.

A special Gundam Build DiversGunpla exhibition will be held during the event. New products will be on display for the first time along with a sample model exhibition by the Gunpla Meisters. Sample reviews that were published in model magazines will also be specially displayed at the event.

A Gunpla building class will be held during the event. In class, you’ll be able to enjoy building your Gunpla through instructions from the Gunpla Meisters and staff. You’ll also be able to freely color your Gunpla with markers once it has been built.

※Event details are the same as the Gunpla building class to be held in the Festival Plaza.

※Details on how to participant, class times, and more will gradually be announced on the official website.

■ THE GUNDAM BASE Garapon Lottery

Starting from August 18th(Sat), the 1stanniversary since opening, you will be able to challenge yourself at the Garapon lotter to win Gunpla and original goods. You will get a chance to play for every purchase that is 4,000 yen or more including tax at THE GUNDAM BASE TOKYO.

※The lottery will end once all the prizes are gone.

※Details on the prizes and how to participate will be announced on the official website. 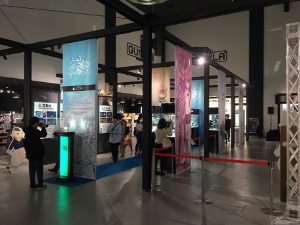 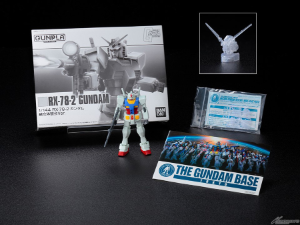 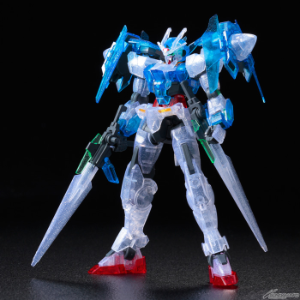 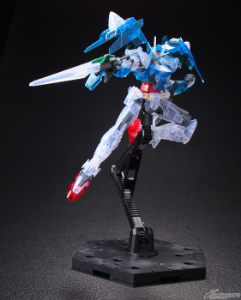 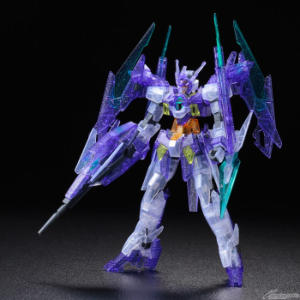 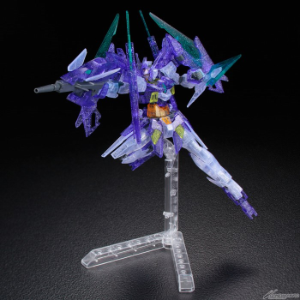 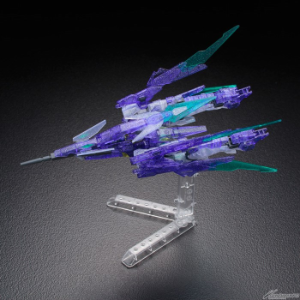 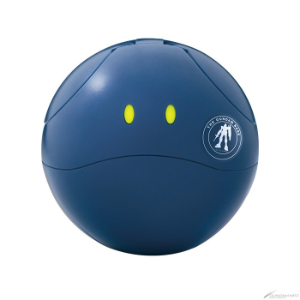 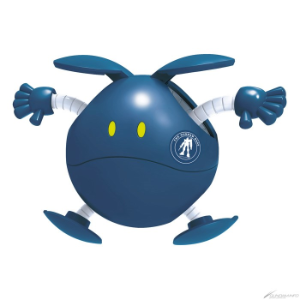 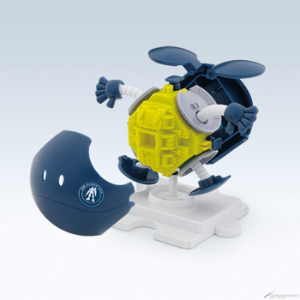 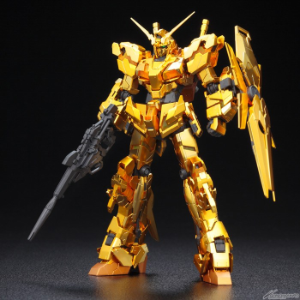 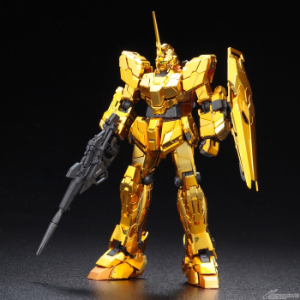 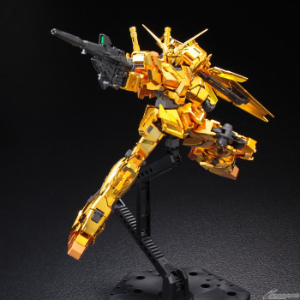 Aside from the Gunpla building experience, a special “Walk-through 2018” project will be held during the event at the Festival Plaza where the Life-Sized Unicorn Gundam Statue is found.

A walk-through event, one that was also popular with the “RG 1/1 RX-78-2 GUNDAM Ver. GFT” installed in the same plaza from April 2012 to March 2017, that consists of walking under the statue’s legs will be held starting from July 21st(Sat). The event will be held until September 2nd(Sun) and participation is free.

The production programs, which are conducted at 30 minute intervals every night from 7:00pm to 9:30pm, will be partially renewed.

New footage from Mobile Suit Gundam Narrativewill be added to the world of Mobile Suit Gundam Unicorn. Furthermore, the “Unicorn Gundam Gold Coating Ver.” that appears in the new series will be a limited product sold at THE GUNDAM BASE TOKYO. This is a special WALL-G limited movie that you can’t see anywhere else but here.

A new depiction of Unicorn Gundam’s new armored form will be added to the program alongside remixed music that added flair to Mobile Suit Gundam Unicornand famous scenes from the series. 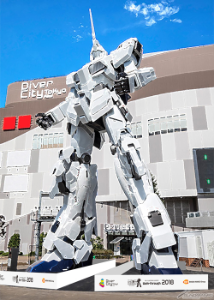 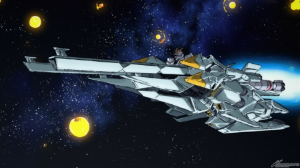 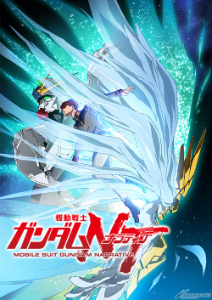 For more details on the event, please check out the official “Gundam Build Divers Festival 2018” webpage.