Panel exhibitions will be held at the 57th Shizuoka Hobby Show!

Two official Gundam Build Diversspinoffs have been announced for release in June 2018.

The first spinoff is Gundam Build Divers Break, which is scheduled to be made into a comic in the monthly Gundam Acemagazine. It is a side story that will develop the hidden side of the main story and will depict Mass-Divers torn between admiration and grief towards the power of unofficial GBN tools and Break Decals.

The second spinoff is GBWC (Gundam Build Divers GIMM & BALL’s World Challenge), which is scheduled to developed into a sample article on the official Gundam Build Diverswebsite and in the Gundam Hobby Lifemagazine. The handsome diver duo GIMM and BALL will challenge completely new Gunpla made by the GBWC Japan champion. This will be a brilliant model review brought to you through a comedic story.

Panel exhibitions will also be established at the 57thShizuoka Hobby Show, the largest plastic model and model trade fair, to be held at Twin Messe Shizuoka on May 12th(Sat) and 13th(Sun), so be sure to check out the event as well. 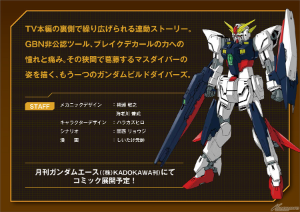 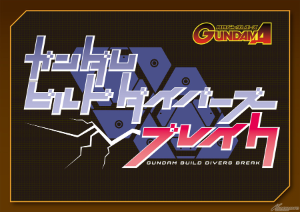 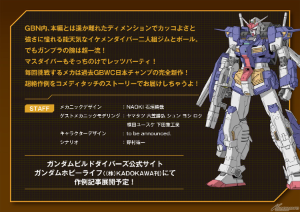 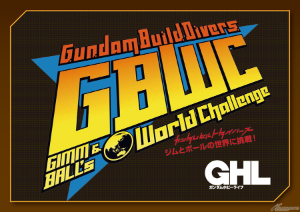