"What is 'Gundam', anyway?" This simple (?) question is answered our second casual weekly column just for new fans!
by Ema Baba


We're back with another super-simple column for new Gundam fans, straddling the line between serious effort and serious :effort!

In part 1 we covered Gundam faces and coloring, but this time we're going to be talking about that one character who always comes to mind whenever people talk Gundam.

Part 1
What makes a Gundam? The "masked man"! 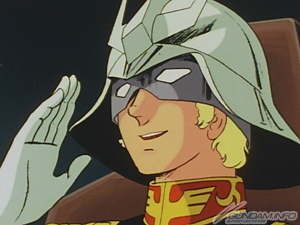 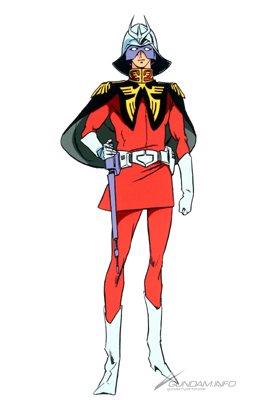 Anyone who knows Gundam knows about that one guy. Even the people who have barely heard of it know about the red one who's three times faster, the O.G. "masked man", the Red Comet, Char Aznable.

And when we think of this man with unrivalled popularity among robot anime characters, what's the thing that really sets him apart? Of course! His mask!

Char here is the first of the "masked men" common in Gundam series.
Over the decades there's been at least an even dozen of them. If we got them all together in one room, I'm sure even a masquerade ball or a pro wrestling stable would be green with envy. 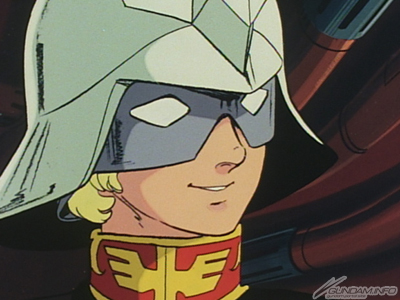 Why did these "masked men" first don their mask, and why do they continue to wear it?  Each has their own explanation, but each was forced to mask themselves to conceal their true nature.

Masks have been used since ancient times to hide one's face or one's emotions, to deceive, but Gundam's "masked men" are often either a major antagonist or an imposing early presence the hero must eventually surpass.

Most of Gundam's masked men are guarding a deep, dark secret of their youth or history until their plans come to fruition.
These mysterious, cool men often become rivals of the main character... Which just makes them cooler!

Oh, by the way, the name "masked men" is kind of deceptive: their facewear ranges from cloth to steel and even sunglasses.

Part 2
What makes a Gundam? Haro!


There's another character you need to have in Gundam. Who's that? 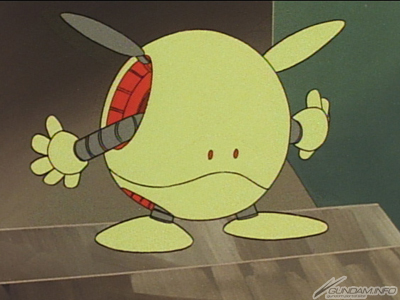 Tadah!  It's "Haro"!
Gundam's mascot, the cute little robot everyone loves, Haro! Take a look, and you should be able to see exactly how vital Haro is to Gundam.

There it is!  I bet some of you kept watching the whole episode of G Gundam after the logo!  (Hey, isn't that a great excuse to rewatch the whole series?  Gundam fight, ready, go!)

... Anyway. Haro's the first thing you see when you watch Gundam on video, even before the title screen!  Cute, isn't it?

There's more to Haro than just cuteness, though. Haro isn't just the hero's handmade robot buddy. Sometimes it can act as a guide, analyze data, or even act as a copilot. You never know where Haro will turn up!
Sometimes the little rascal will even pick locks to get into rooms.

Amazingly, Haro's basic design hasn't changed much over the years, but sometimes features are added or the color changes. There are series with lots of Haros too, apparently it's a popular gift!

Well, well, that's it for this week. Next week we'll be taking another laid-back look at what makes Gundam Gundam!