“Haro’s Gundam Examination” to be conducted for the first time in Japan together with the sale of event-limited Gunpla! 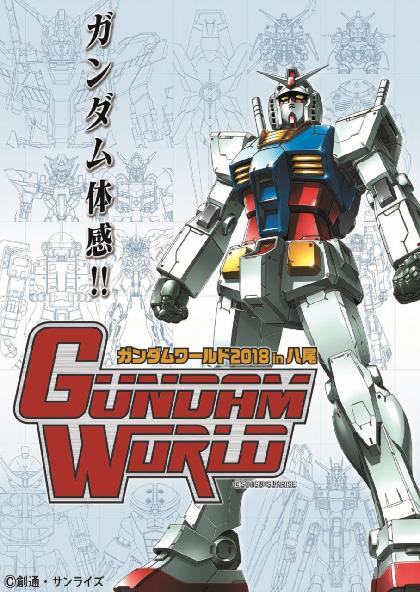 “Gundam World 2018 in Yao”, where you can experience the world of Gundam, will be held at Ario Yao in Osaka starting from March 21st.

The “Gundam Head [Bombed Ver.]”, blown away by Zeong’s attack during the battle on A Baoa Qu, and the “Mass Production Type Zaku Head [Bombed Ver.]” with a suspiciously lit mono-eye from Mobile Suit Gundam will be recreated to appear life-sized at the event.

From Mobile Suit Gundam Unicorn, a 1/10 scale “Unicorn Gundam Statue [Destroy Mode]” and the “Life-Sized Unicorn Gundam Cockpit” will make their appearance. You can not only look at the cockpit, but you can also actually sit inside to take photos and enjoy the feel of being a pilot. (Seated photos are only available during the weekdays)

“Haro’s Gundam Examination” will also be implemented for the first time in Japan. Questions will be prepared in three difficulties – beginner, intermediate, and advanced – for a quiz on previous Gundam series, so definitely try and take this opportunity to challenge yourself.

The event will be held until April 1st (Sun) and will be the first time the “Life-Sized Mass Production Type Zaku Head [Bombed Ver.]”, “Life-Sized Unicorn Gundam Cockpit”, and the “00 Gundam Statue” will be on display in the Kansai region. Be sure to visit the event!