The official MSD website has been updated with development genealogy charts and mechanical pages!

It has been decided that the Gunpla “HG GM GUARD CUSTOM” from MSD (Mobile Suit Discovery), a mechanical history project set in the world of the anime Mobile Suit Gundam THE ORIGIN, will be released in July. It is priced at 1,944 yen (tax included).

A HG kit of “GM GUARD CUSTOM” from MSD. Its head visor can be moved to recreate its lowered visor. Along with coming with a large Guardian Shield, it also comes with Beam Daggers equipped into both arms. 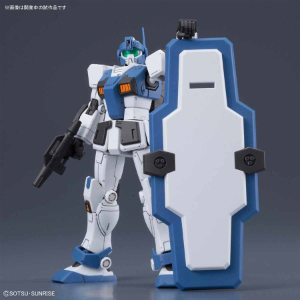 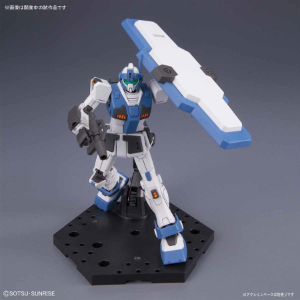 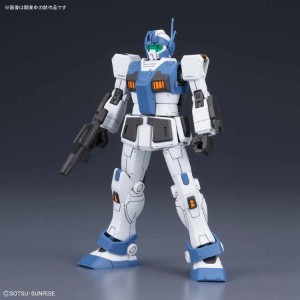 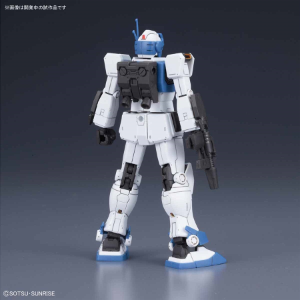 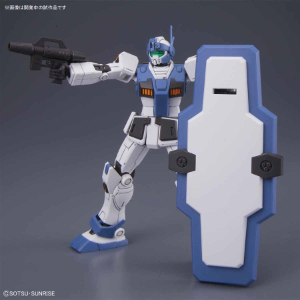 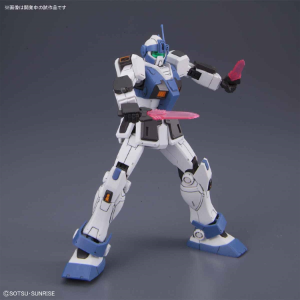 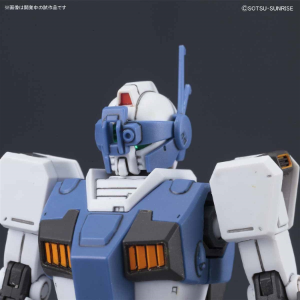 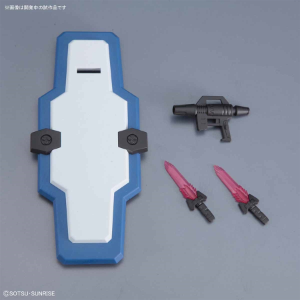 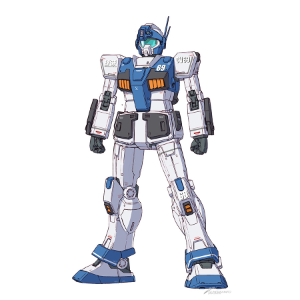 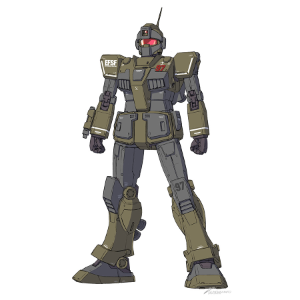 A suit with improved defense capabilities based on the RGM-79SC GM SNIPER CUSTOM. The Guardian Shield, its personal armament, is composed of five layers of composite armor made of four different types of alloy. It is equipped with a beam spray gun and beam daggers that oscillates into a short blade while a visor built with a compound sensor has been placed onto its head. The GM GUARD CUSTOM is highly efficient in some ways but is difficult to handle and have been passed around highly efficient pilots. The suit is mainly tasked with guarding the fleet and base defense, playing an active role in the latter half of the One Year War.

The Earth Federation Forces fell several steps behind the Principality of Zeon in terms of dispatching mobile suits to the battlefield and deployment numbers. In order to recover from that lag, the RGM-79 GM was utilized after drastically simplifying the RX-78 Type and was successfully manufactured then mass deployed in a short amount of time. However, the combat abilities of a single suit were inferior to that of Zeon mobile suits and demands were made by skilled pilots for improvements. The RGM-79SC is a performance enhancement type suit with specs that rival that of the RX-78 Type. Its backpack is equipped with large thrusters and its mobility has been improved with leg sub-thrusters. It has been named “SNIPER CUSTOM” due to being equipped with a long-range beam rifle. 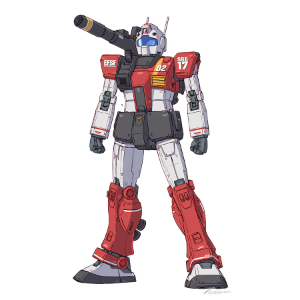 A suit developed as a fleet guard based on the GM SNIPER CUSTOM. In contrast to the GM GUARD CUSTOM being enhanced in its defense ability, the GM INTERCEPT CUSTOM is characterized by being equipped with a “Fellow Booster”, an additional armament, on its back. Its additional armament has been developed into several variations with the aim of magnifying GM’s field of ability and improving its offensive ability. The Fellow Booster is an outer space armament and recycles the frame of the “Corvette Booster”, also for outer space usage. The GM INTERCEPT CUSTOM was dispatched into the strategic battle of A Baoa Qu and flourished as an intercepting suit responsible for guarding the fleet.

Although the RCX-76-02 GUNCANNON FIRST TYPE had been defeated by Zeon mobile suits at the Battle of Mare Smythii, Cannon-type suits were discovered to be useful as intermediate-range support and its development was continued following the battle. The GM CANNON is equipped with a 360mm rocket gun and had been dispatched to the North American and African fronts. A portion of the suits were sent into space and were improved to become the space assault type RGC-80S. Its divisible leg armor equipped as a counterweight for the 360mm rocket gun was removed and was equipped with the leg sub-thruster from GM SNIPER CUSTOM in its place.

The October 2011 issue of Corocoro Comic goes on sale today!